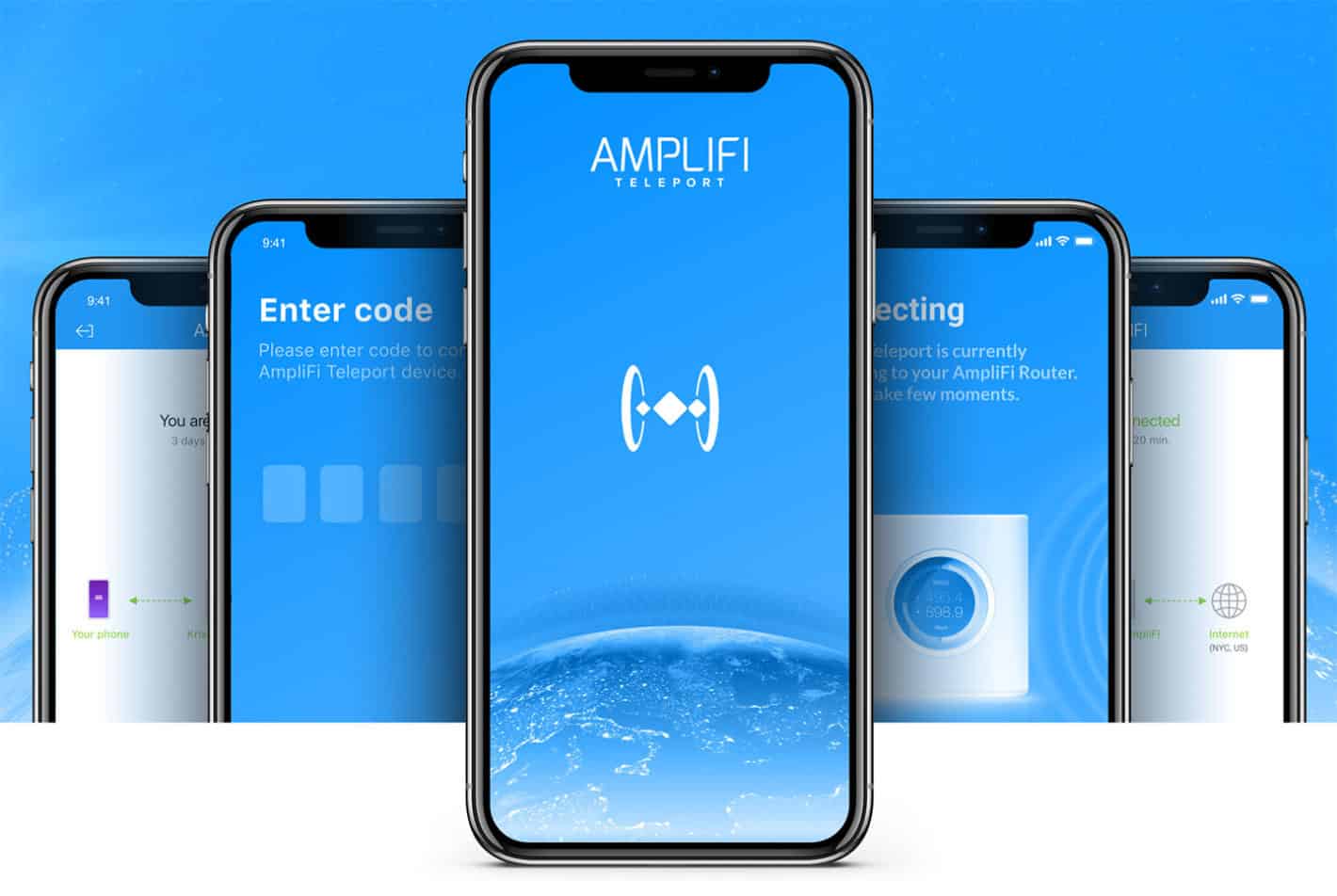 Have you ever been in a coffee shop, or some other public place that doesn't have locked, secure WiFi? While it's tempting to connect to it to save your mobile data, the security concerns associated with connecting with open WiFi hotspots are too many to mention here. Long story short, don't do it if you don't have a secure VPN connection that ensures your wireless data isn't going to be stolen.

But how much can you trust a VPN connection to a remote server in a world full of data breaches and security exploits? Ubiquiti Networks certainly seems to agree with this sentiment, and that's part of their reasoning behind launching Teleport, a new app that allows your phone to securely route all of its traffic through your home router, even when you're on the go.

Here's how it works. Users with a Ubiquiti AmpliFi Router in their home can download the new AmpliFi Teleport app and run through a quick pairing setup. This can be done at home and takes a few seconds. Once this connection has been created, you can use the Teleport app to securely connect to your home router when on the go.

Why is this more secure? Teleport creates a virtual private network (VPN) link that encrypts the data coming from your phone and delivers that encrypted data to your home's WiFi router. The router then has a special set of decryption keys and can safely route your phone's Internet traffic to the correct destination. That means that, even if you connect to an open WiFi network and someone attempts to steal your phone's Internet traffic data, they won't be able to do anything with it since it's a fully encrypted package.

Only your router has the keys to the kingdom, and it's this safe tunnel that makes VPN connections so important in a world of increasing security concerns and wireless traffic.

Since most VPN services cost money, Ubiquiti's implementation of personal VPN is a wholly unique idea that delivers significant added value to the already amazing AmpliFi router. At $99, the AmpliFi router just entered a class of its own in terms of value and capabilities.

Since traffic is routed from your phone to your home's router before being sent to its final destination, apps and services think you're at home and can function just as if you were sitting on your couch. This also means that any secure connections that require you to be at home would function as they should.

Ubiquiti AmpliFi is a whole-home mesh network router that's designed to be plug-and-play. The stylish cube is a significant departure from the typical router design on the market, and the two mesh network antennas that ship with each AmpliFi system provides seamless plug-and-play capabilities with zero configuration required.

Ubiquiti has sent us an AmpliFi mesh system for review and it's been the easiest router setup I've ever performed. It's a literal plug-in-and-go system, and the wireless network can be completely configured within the smartphone app and all the settings on the router easily changed in a few clicks from said app.