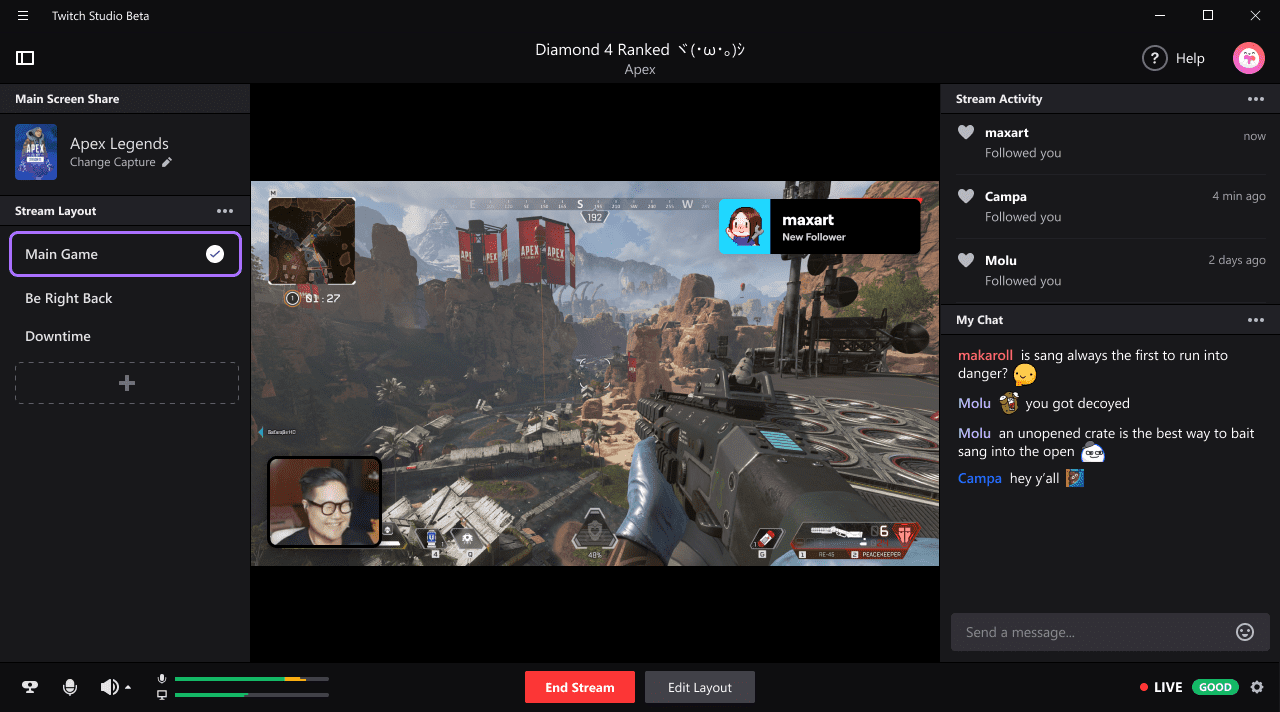 Twitch Studio has entered beta. If you're interested in signing up to be a part of it, you can do so by logging into your Twitch account and hitting the "apply" button on the beta signup page. The Twitch Studio beta went live just yesterday, but even in that short amount of time it's possible that all spots are already filled.

That being said, Twitch has stated that more spots are opening up over time, so it's worth making an attempt to be selected if you're curious to try it out. While Twitch Studio is like Twitch in many ways, there are numerous features that are designed to help new streamers make their first stream as easy as can be.

Twitch is calling it an all-in-one streaming app that removes any guesswork. While it might be a simple process for many people to get a stream up and running, there are no doubt plenty of new streamers who could benefit from having a little assistance. Twitch Studio offers walkthroughs that will help you optimize your setup, by guiding you through connecting your mic and your camera.

The camera setup lets you choose a filter that you feel works best. This is mostly a preference thing, so streamers are better off clicking through all of the filter options and selecting the one that they like the look of the most. You can also select from multiple webcam options if your setup has both a built-in webcam and an external option.

For getting everything just how you want it, customization is key. Twitch Studio offers streamers a varied set of templates that they can choose from, and each of these templates includes things like accent colors, wallpapers for the background image, and accent images that you can attach to your streamer profile name, kind of like an avatar.

There is an option to edit the layout and the templates later if you ever want to change them, which means new streamers won't have to worry about spending massive amounts of time getting this particular step absolutely perfect. Tastes change, and you may want to finish and begin streaming as soon as you possibly can, so you can spend a few minutes finding options you like and if you end up liking something better later on you can always adapt and switch it up.

Once the setup is out of the way and the stream begins, all that's left to do is interact with the community of viewers. Twitch Studio has a built-in activity feed that puts any interactions from viewers basically front and center. Alerts and chat are built-in too, so when there's a new follower or someone likes a particular part of the stream, these little alerts will pop up next to the activity feed box.

Twitch says the Studio beta is going live with a limited amount of features, likely the ones that were listed above. That also means that it probably has plans to add more features to it once it's out of beta and releases for everyone. When that will be is still unclear, so if you really want to give it a try, singing up for the beta is your best bet.