Samsung had introduced a new wearable earlier today, the Galaxy Watch Active 2. This is a smartwatch, as most of you already know, and it’s a watch that has been leaking for quite some time now, we’ve even shared an exclusive content on it.

Having said that, the Galaxy Watch Active 2 is a really solid smartwatch, which is focused on “active” people, as its name says, but truth be said, it fits pretty much everyone. Its design is really simple, which is good, for the most part, and the watch itself has quite a few strong suits.

In this article, we’ll highlight five very best features of this smartwatch, at least in our opinion. Your mileage may differ, of course, you may not prefer our picks, and see things differently, but that’s the way it goes. In any case, let’s get started. 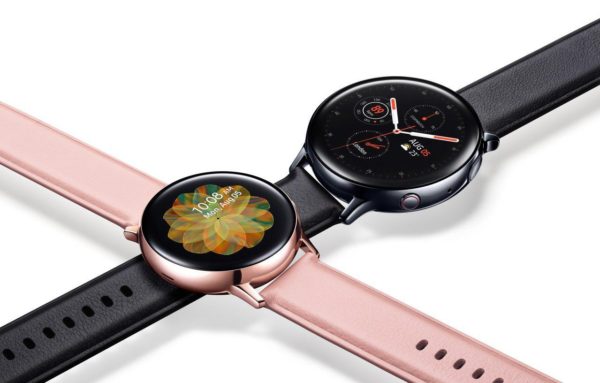 The design did not really change much compared to the first-gen model in the Galaxy Watch Active 2’s case, but there’s a good reason for it, Samsung did not feel the need to change it all that much.

This watch is aimed at fitness-oriented people, to a degree, but its design is aimed towards everyone, pretty much, and that will definitely help the company boost its sales. Some people prefer rugged-looking watches, sure, but the general public does not.

The original Samsung Galaxy Watch was limited to a single size, it only arrived in a 40mm variant, and it was too small for some people. People nowadays tend to prefer larger watches, and that goes for smartwatches as well, so they were turned off by the size of the original Galaxy Watch Active.

Well, the Galaxy Watch Active 2 comes in both 40mm and 44mm sizes, so if you prefer a somewhat larger watch, that’s not a problem at all. Due to the size difference, there are some spec differences between the two watches, but that is to be expected. The smaller watch features a smaller display, and a smaller battery, while it also weighs less, of course. 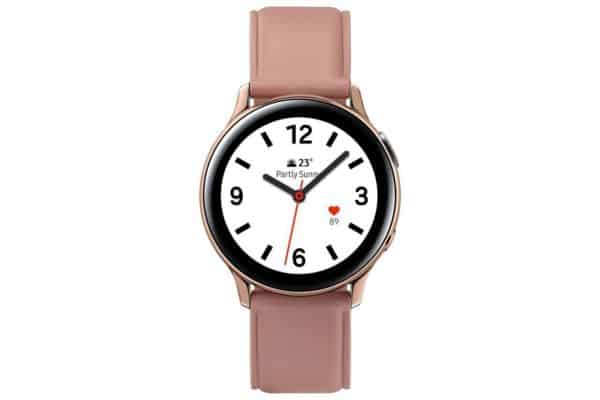 A digital rotating bezel may sound odd at first, and to many people it will be upon trying it, but it’s better than nothing, and a definite improvement over the original model. This also allowed the company to maximize the screen real estate. This digital rotating bezel turns both clockwise and counter-clockwise, just like the physical one.

Unlike last year, you will have some connectivity options this time around. Samsung had introduced both WiFi and LTE variants of the Galaxy Watch Active 2, so if you don’t need cellular connectivity on your watch, and many people don’t, simply get the WiFi only version and you’re good to go. That’ll help you save some cash as well, of course.

The LTE variant of the Galaxy Watch Active 2 does come with a larger battery, but that is to be expected, as the watch will drain way more battery when it’s connected to both a cellular network and the Internet. Chances are that you’ll be able to get a similar battery life out of both versions, despite the difference in battery capacity.

The Samsung Galaxy Watch Active 2 features an electrocardiogram (ECG) monitor, and that feature managed to surprise some people. Several rumors suggested that it will be a part of the offering, but it still managed to come as a surprise. Yes, both variants sport it.

Electrocardiogram monitor was not included in the original Galaxy Watch Active, but the Apple Watch Series 4 does feature it, so it’s nice to see that Samsung opted to include it as well, especially considering this is the “Active” version of its smartwatch.