Android has always been well-known for its customization options. Different third-party Android launchers have been around since the early days of Android, and that is true to this day. There are tons of Android launcher apps available in the Play Store, and some of them are really compelling.

Some of these launchers have been around since the early days of Android, while others are much younger. You will find 10 applications in the list down below, and each of those launchers offers something unique. These apps are not listed in any specific order, by the way, so keep that in mind. Nova Launcher is one of the oldest, and at the same time best Android launchers. This app has been around for a long, long time, and it expanded its capabilities as years went by. Nova Launcher is filled with functionality, and its performance is top-notch. This app includes a dark mode, subgrid positioning for your home screen, backup and restore options, animation controls, gesture support, and so much more. The app is free, but if you’d like to get access to all features, you can pay for the Prime version. ASAP Launcher is a rather unique launcher. This app belongs amongst newer launchers, and its goal is to keep things simple. You have some widget options for the home screen, while you cannot set app icons anywhere on the screen. You can set five icons in the dock, though that dock is expandable. If you swipe up, you’ll reveal a bunch of additional slots for app icons, but not a full app drawer. There you can set the apps you use most. You can access a full app drawer as well, though, but this quick app drawer is supposed to keep things simple and accessible. Action Launcher is, next to Nova Launcher, one of the most popular around. This app has been around for a long time, though not as long as Nova. Action Launcher is packed with features. It has full support for Notification Dots, all Pixel Launcher features, fully customizable search box, At a Glance widget, adaptive icon support, app shortcuts, and so much more. Next to Nova, Action Launcher is quite probably the most feature-rich launcher for Android. Apex Launcher was extremely popular back in the day, but it went away for quite some time. Well, the launcher returned in style a while back, and it’s a really compelling offering yet again. Apex Launcher has been modernized, and it is packed with features as well. This launcher offers tons of customization, gesture support, ability to hide applications, various transition effects, and much more. You can use it for free, or purchase the “Pro” version for all features. If you’re looking for a somewhat different launcher than the one you’re used to, Evie may be just right for you. This launcher is trying to keep things extremely simple. It comes with a Universal Search, and extremely fast navigation. You can create custom shortcuts inside of this launcher, while the app allows you to change app icons, set up icon size, change wallpapers, and much more. This launcher came a long way since launch. 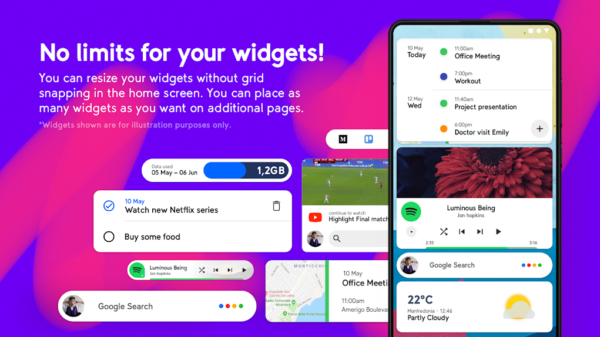 Smart Launcher 5 is the newest iteration of a quite popular Smart Launcher. This launcher looked considerably different back in the day, but changes made to it are definitely welcomed. This launcher has a ton of features, and yet it’s considerably different than Nova. It comes with automatic app sorting, ultra-immersive mode, and is designed to be used with one hand. Various gestures and hotkeys are available in the launcher, and the same goes for a ton of customization options. 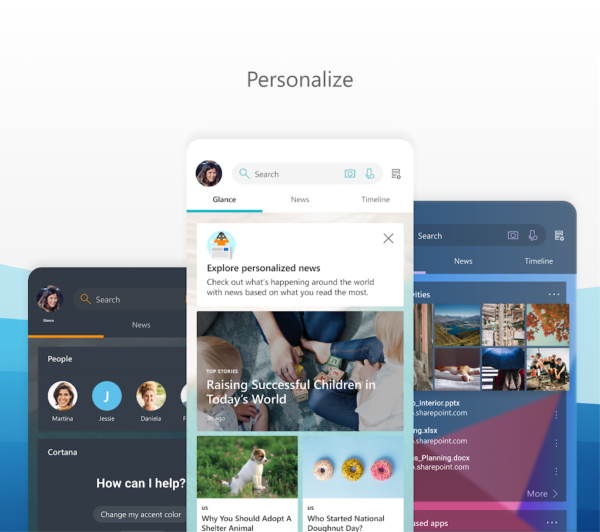 Microsoft Launcher, as its name says, is Microsoft’s official launcher for Android. This app got a considerable redesign a while back, and it’s really functional. This app allows you to pin contacts to your home screen, while Cortana is built into the app. A personalized feed including news, events, contacts, docs, and so on… is available as well. Gesture support is included, along with many more features. Lawnchair Launcher is actually somewhat similar to Nova. This launcher is packed with features, and it offers really great performance as well. Lawnchair Launcher is fast, and yet it resembles your regular Android launcher. It comes with icon pack support, dock customization options, blur options, Google Now integration… while it also allows you to customize grid size, and so on. Niagara Launcher is all about simplicity. Truth be said, this launcher is still not stable, it’s “in development”. We don’t usually put “in-development” apps on our lists, but this app is quite stable, and really compelling. It allows you to pin a couple of your favorite apps on your homescreen, while an alphabetical search is there for everything else. You can quickly search through your apps by moving your finger up and down on the right edge of your phone’s display. Light customization options are available here. Rootless Launcher is yet another highly-popular Android launcher. This launcher is based on the Pixel Launcher, though it offers more features. It has a search bar on the bottom, while it supports icon packs. You’ll get all the features you’d expect out of the Pixel Launcher, plus some more advanced customization options. Rootless Launcher works great, it’s fast and fluid.