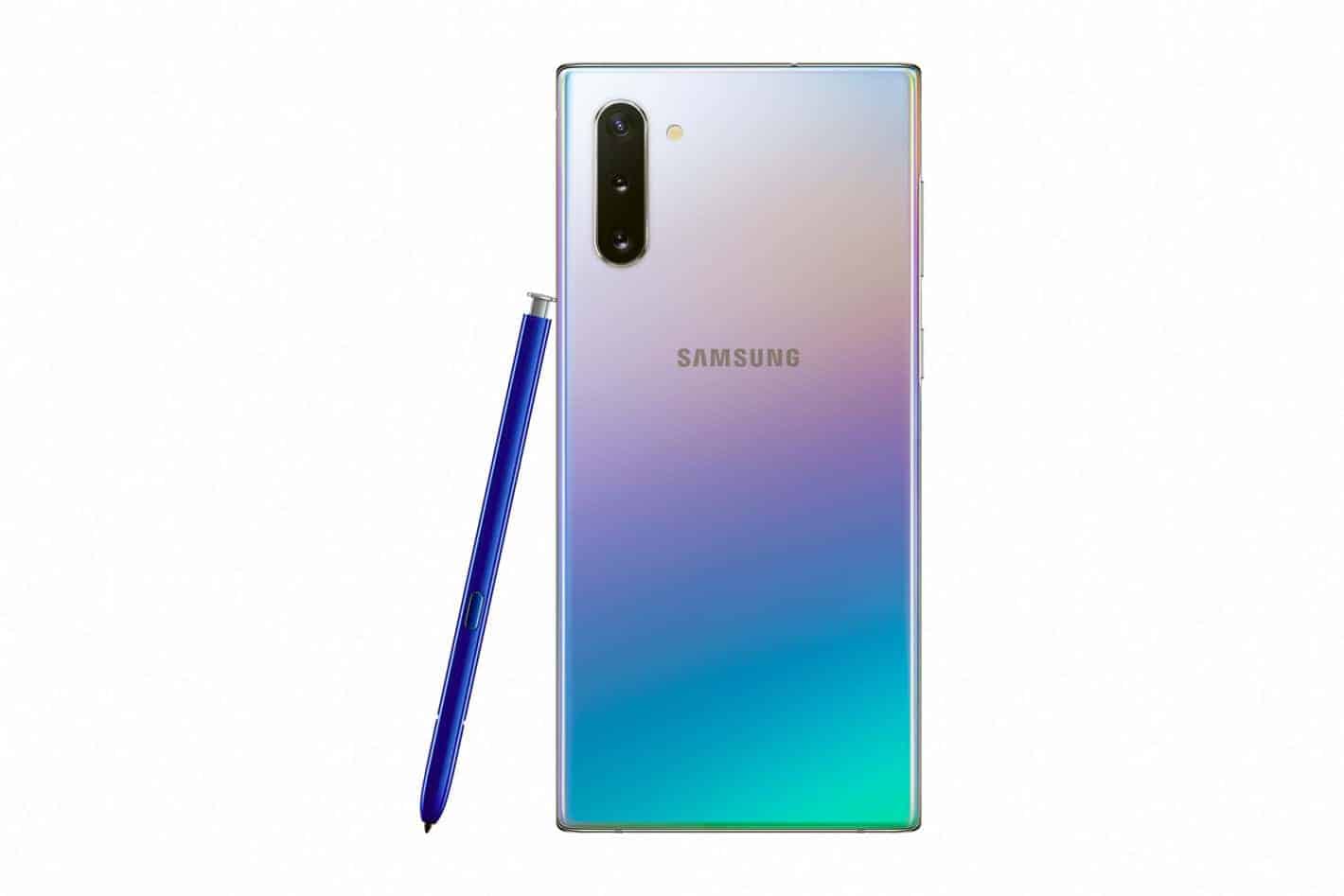 T-Mobile has now announced availability for Samsung's brand new Galaxy Note 10 family of phablet flagships and that includes the very first device that can take advantage of the carrier's 600 MHz 5G spectrum – the Galaxy Note 10+ 5G.

Starting tonight at 9:01 in the evening (PT), users will be able to pick up the Samsung Galaxy Note 10 or Galaxy Note 10+ on pre-order starting at $949.99 or $1099.99, respectively. That's the suggested retail price and what users will need to put up for the 256GB variant of the new flagships if they buy the devices outright.

Both devices will effectively be identical with a couple of minor exceptions beyond storage capacity. The 6.3-inch Samsung Galaxy Note 10 will only feature 8GB RAM compared to the 5G variants' and 6.8-inch Galaxy Note 10+'s 12GB RAM. The smaller device comes with a lower resolution display too — at 2280×1080 pixels compared to its counterpart's 3040×1440 pixel panel.

For cameras, the larger device packs in a DepthVision Camera for 3D depth sensing on the back as well.

The deals have arrived too

Any of those can be bought for $39.59/month — with just short of a $250 downpayment for the 512GB Galaxy Note 10+ — on an installment plan too. But T-Mobile is also putting forward some good deals for those who want to pick up the new devices.

Starting from when pre-orders open up, users who buy the device on an installment plan and trade-in unspecified eligible devices will snag as much as $300 off the purchase price. That will take the form of a one-time bill credit or a Virtual Express Prepaid Mastercard. That deal extends to orders after the gadget's August 23 arrival date too.

Customers who buy by that same method but who are adding a new Magenta Plus or T-Mobile ONE Plus for families plan member instead of trading in can get an even better deal. Namely, they can buy one of the new devices and get either a Samsung Galaxy Note 10 at no cost — after a bill credit — or $950 off another Samsung Galaxy Note 10+.

Buying via either of those methods can additionally be combined with Samsung's other in-house offer on the new gadgets and the new Galaxy Active 2 watches are set to arrive later this year for T-Mobile. But none of that necessarily has anything to do with the Galaxy Note 10+ 5G.

The new gadget is set to take advantage of T-Mobile's 600MHz spectrum and will, for now, be the only gadget that's capable of taking advantage of that. The company's rapidly growing 5G network based on that technology has only been growing more rapidly with the long-expected Sprint merger too, so it might be the one to buy depending on where it will be used.

In the meantime, those who want to pick up the device will need to wait until the last quarter of the year, which is when Samsung has committed to delivering the handset to the carrier. T-Mobile says that will only be found on "the Un-carrier" network too.

So it appears it's going to be the only cell service provider with that particular device in stock at all, or at least the only one using the 600MHz band with the device in the US.