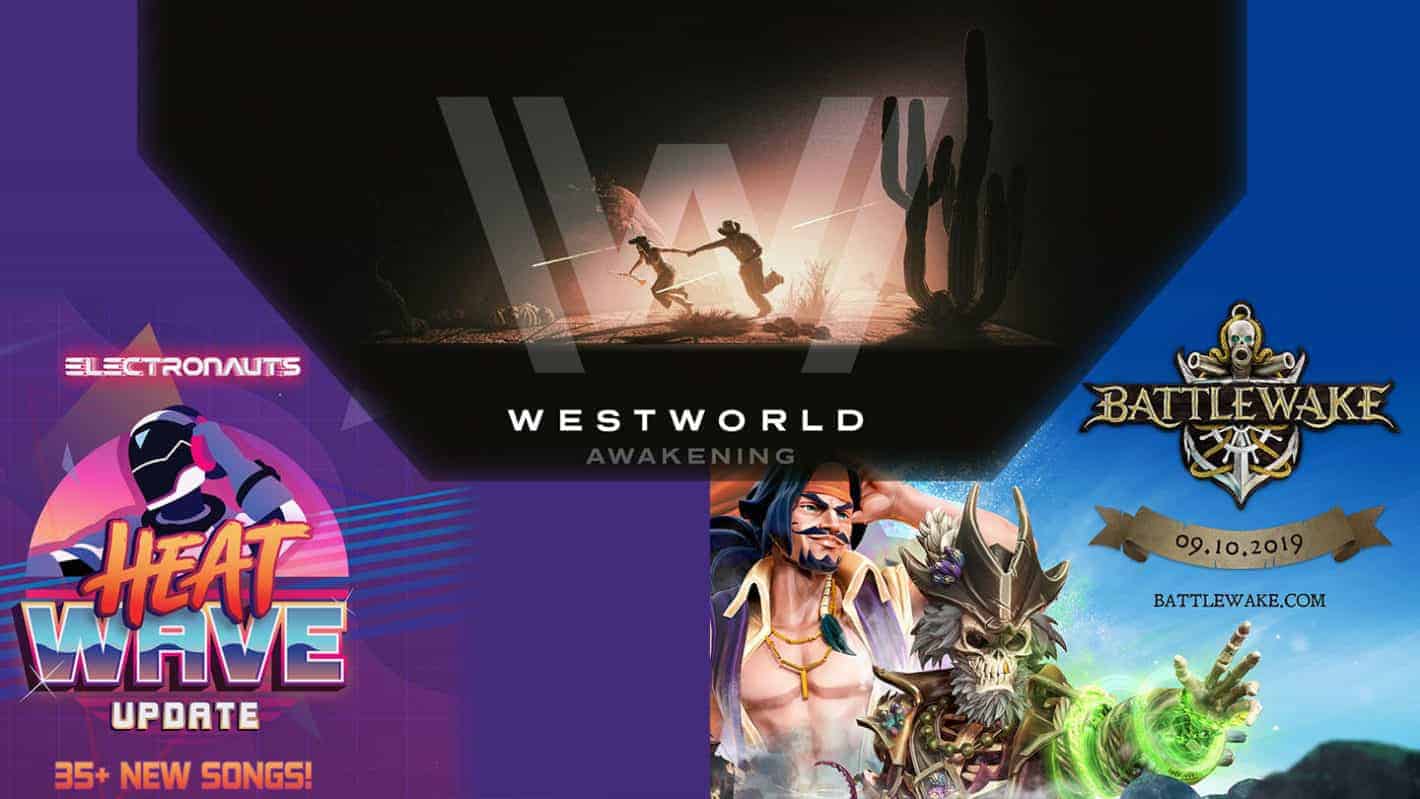 Gamescom 2019 has kicked off in full, and with that comes a host of new video game announcements. First up is Survios, with the unveiling of Westworld Awakening, a release date for Battlewake, and a brand new music pack and Oculus Quest release of Electronauts.

Westworld is a trip and a half, and if you’ve ever watched the original 1973 or the iconic HBO series, you’ll know there’s quite a bit more than meets the eye to this crazy world. Survios wants to take players into the deranged world of Westworld Awakening, which follows the events throughout Season 2. Delos’ labyrinthine laboratories and offices can be fully explored in this brand new full-length adventure for the HTC Vive and Oculus Rift family of VR HMDs (head-mounted displays).

Westworld Awakening was developed in collaboration with Westworld producers and is available on Steam and the Oculus store for $29.99 on August 20. Over 400 VR arcades across the world are also now also stocking the new title and will give adventurers the opportunity to explore the futuristic Wild-West theme park as Kate. Kate is a host from the Mesa facility who has suddenly attained self-awareness. This adventure involves players undergoing a journey of self-discovery to understand what self-awareness means and how it feels to be a host in Westworld.

Westworld Awakening is a single-player narrative-driven story that includes action-stealth elements, puzzles, and plenty more to experience. Players will be utilizing a Quality Assurance (QA) tablet to interact with and manipulate the world around them, including other hosts, in order to solve puzzles and find out more about Westworld’s inner-workings.

Kate isn’t the only one who has “awakened” in this story though. Players will find themselves being stalked by Hank, a relentless serial killer who has been in Westworld for generations and is now after you. This creates an unexpected stealth gameplay experience that significantly alters the atmosphere when Hank shows up.

Westworld Awakening seems to be a phenomenal way to experience even more of what people love about Westworld in a whole new way.

Then, of course, there’s Battlewake, the high-seas pirate adventure that will have players either battling each other’s pirate ships or taking on enemies and sea monsters in a grand co-op adventure. Battlewake has been in beta for about a month now and will see an official retail release on September 10, 2019. This particular release includes PC VR headsets through SteamVR or the Oculus Store, as well as PlayStation VR on the PlayStation 4.

An Oculus Quest version of Battlewake was also announced at Gamescom 2019, although a release date hasn’t currently been set for that version. This marks yet another high-profile VR game being developed simultaneously for the Oculus Quest and other more technically-powerful VR head-mounted displays (HMDs). The Quest is regularly wowed audiences with its ability to not just present a clear, high-resolution VR experience, but also one that’s completely standalone and is fully wireless as well.

Despite having a release date, there is no price listed for Battlewake as of this writing. We had a blast during the Battlewake beta and hope to see quite a few of you online for the final version!