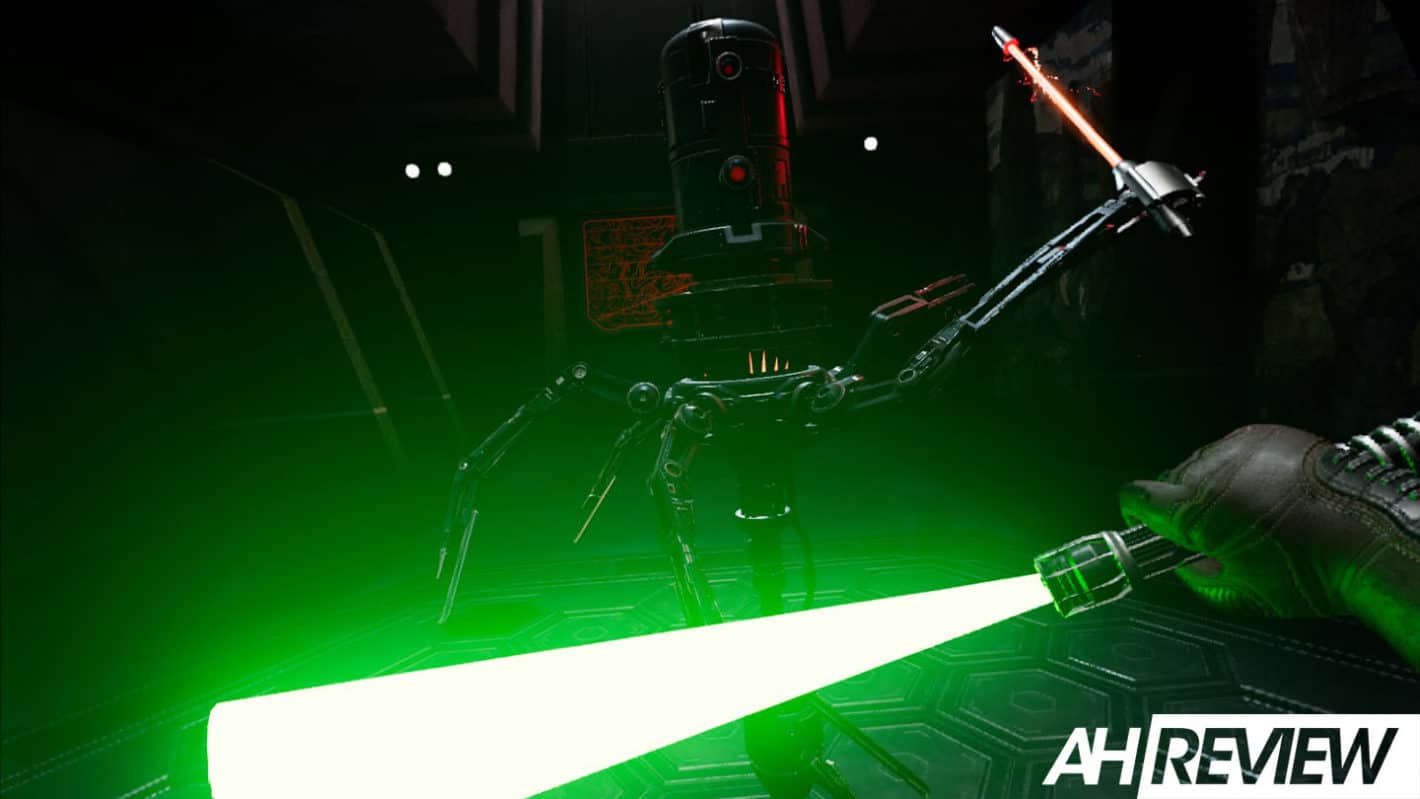 This is a short review for a short game, but short doesn’t have to mean bad. Sometimes an experience is so concentrated, so focused that, to deviate from the core ideals would water down what makes the experience so great. Star Wars: Vader Immortal - Episode I fits somewhere in that line of thinking, and while it’s brutally short for the $10 entry fee, it’s an amazing start to a trilogy of games that will hopefully help redefine the idea of an interactive narrative in the Star Wars universe. Available on Oculus Rift, Oculus Rift S, and Oculus Quest.

A Little Short for a Stormtrooper
$9.99
Rating
Pros
Cons

Vader Immortal – Episode I is an intimate look at the struggles and pain that Darth Vader personally goes through in his life. From the death of his mother to the death of his former self, Vader is a character surrounded by tragedy and one who regularly inflicts tragedy on others as a result. But Star Wars: Episode III brought us a closer look at the fall of Vader, from Anakin Skywalker to the Sith Lord, and how the quest for immortality ultimately caused him to crave unreachable power.

It’s this quest for immortality that begins the story of the Vader Immortal saga, and one that takes a surprisingly deep look at Vader’s psyche in just the 30 minutes or so of gameplay in the title. We’ll keep this review spoiler-free since there’s really not much meat in the actual experience.

The game plays out like an evolved version of Jedi Challenges, in that it takes similar combat mechanics and provides plenty of plot-points to string them all together. You’ll find similar block and dodge gestures, laser deflections, and other moves that will immediately remind you of Jedi Challenges, if you’ve ever played that title. The difference here is that Vader Immortal is a more story-focused experience, where battles are a way to link stories together rather than the core focus of the game.

This is not a kids game, and although there’s nothing overly graphic or filled with other heavy mature-rated themes, the characters and situations can be very intimidating. Vader, himself, is incredibly intimidating and plenty of other characters and situations throughout the story can be jarring for younger folks. There’s also no height adjustment in the game; something that’s not just a problem for kids, but also for people who are height-challenged and don’t quite fit in average height bracket the team has crafted the world for. 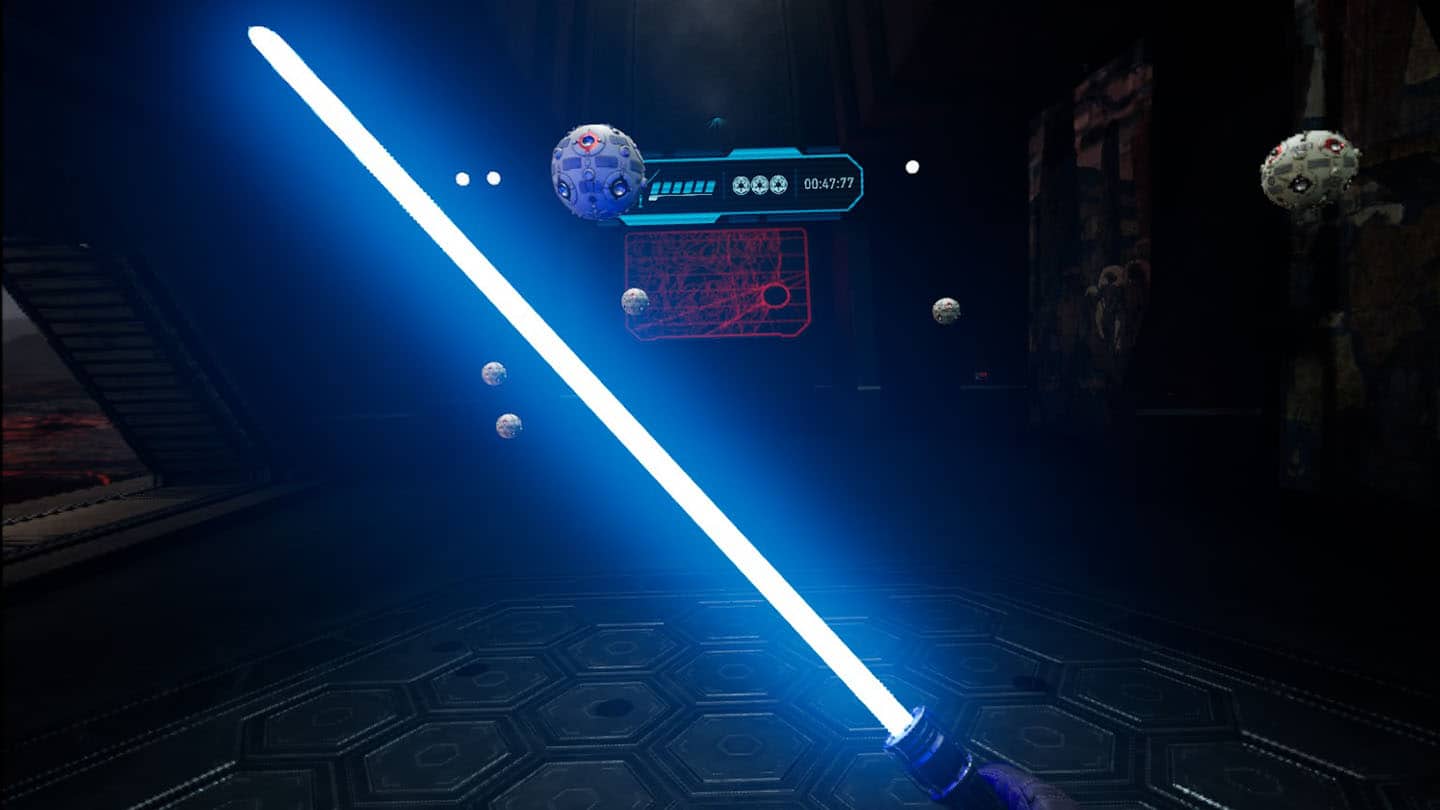 Vader Immortal – Episode I can be broken into two main logical parts: the part where your character’s heritage and lineage are the focus, and the part where lightsaber combat is the focus. The lightsaber combat is just as visceral as it should be, which makes sense given that this is the same core group that developed the ultra-short Trails on Tatooine experience on the HTC Vive back in 2016.

During melee lightsaber battles, blocking and dodging feels incredibly solid, and even has a certain authentic-feeling weight to the blade as well. Even deflecting lasers feels accurate, as the laser beams/bullets/photons move slowly enough to give you a moment’s time to calculate the angle you need to hold the lightsaber in order to deflect said projectile back at the enemy for quick dispatching.

Actually hitting enemies with the blade isn’t nearly as satisfying as I hoped, part of the problem is that blades are notoriously difficult to give weight to in VR, and even with haptic feedback, few games provide any kind of realism to the blade. Still, while the mechanics could use a bit of work, there just aren’t enough scenarios that players are placed in to adequately develop a feeling of authenticity. This is especially the case since almost all of those scenarios involve “boss battles” where slicing enemies with a lightsaber doesn’t feel any different than hitting them with a blunt weapon, as it requires several hits to dispatch an enemy rather than the fact that a lightsaber should slice right through them or their appendage, instead.

Locomotion in the game is done incredibly well, with lots of options that cater to new VR players (who don’t yet have their “VR legs”), as well as VR veterans that can easily move virtually without getting sick or falling over. The biggest issue lies in the interaction with objects in the world, which often require players to very specifically place themselves or their hands on an object or button. I found myself getting frustrated more than once because of the extreme precision needed, and often felt like moments were more scripted than part of an open world. 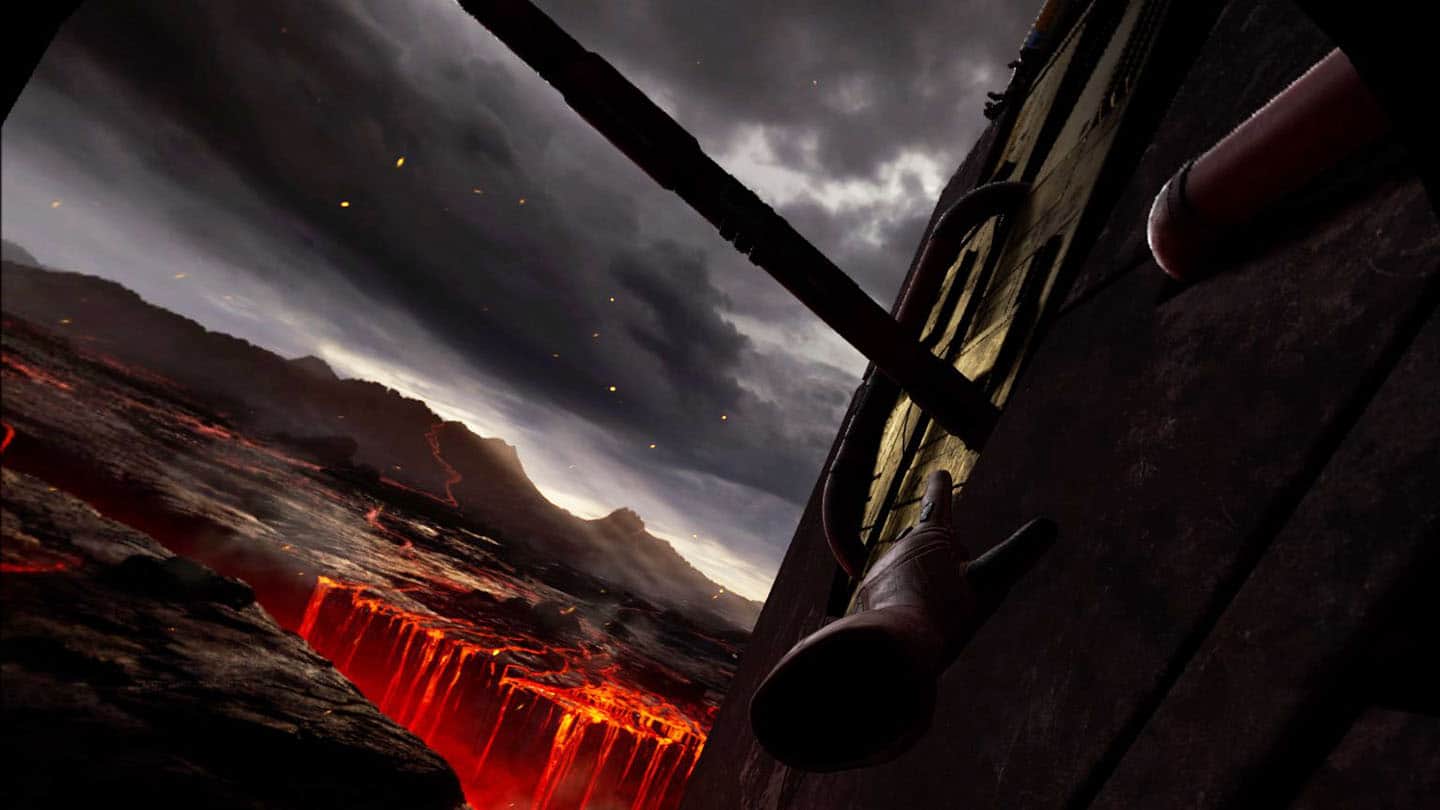 This precision requirement also carried over into the climbing elements in the game, which feel incredibly tactile and responsive, very much in the way The Climb for Oculus does. The issue I had was when I didn’t quite grip all the way with one or both hands, and my character would immediately fall down. This made the climbing elements more frustrating than they should be, given the otherwise excellent feeling of the climbing mechanics and the weight of your character.

Puzzles, too, are a bit too easy for my liking. They certainly are creative and feel like they fit right in with the given scenario (rather than some tacked-on nonsense the way puzzles in many adventure games feel) but, like the rest of the game, there really aren’t enough of them.

The lightsaber dojo adds some nice replay value that can be accessed once the game’s main story is completed, featuring waves of droids and enemies that require more pinpoint precision and faster reaction times as you progress.

The game is really gorgeous and very visually impressive; something that’s not necessarily expected from a release that’s also shared on the Oculus Quest. This feels like it was built for the Rift first and then ported to the Quest, not the other way around. The experience is less enjoyable on the Rift S simply because it’s such a dark game and the LCD display inside the Rift S paints almost the entire game in a hazy grey, reducing the drama and suspense that shadowed areas would otherwise create.

All in all, it’s an experience that’s shorter than the average TV show, despite being the cost of an entire month of Netflix or at least twice the cost of a movie rental and ends up being a bit disappointing specifically for that reason. The high-quality content in the game will have you begging for more the moment it ends, but it’s clear that the team is focused on delivering a true-to-form experience that only VR can bring. In the greater context of the series, Episode I is a solid entry that lays the groundwork for the next two episodes, but even $10 feels a bit steep for what’s present in this episode alone.