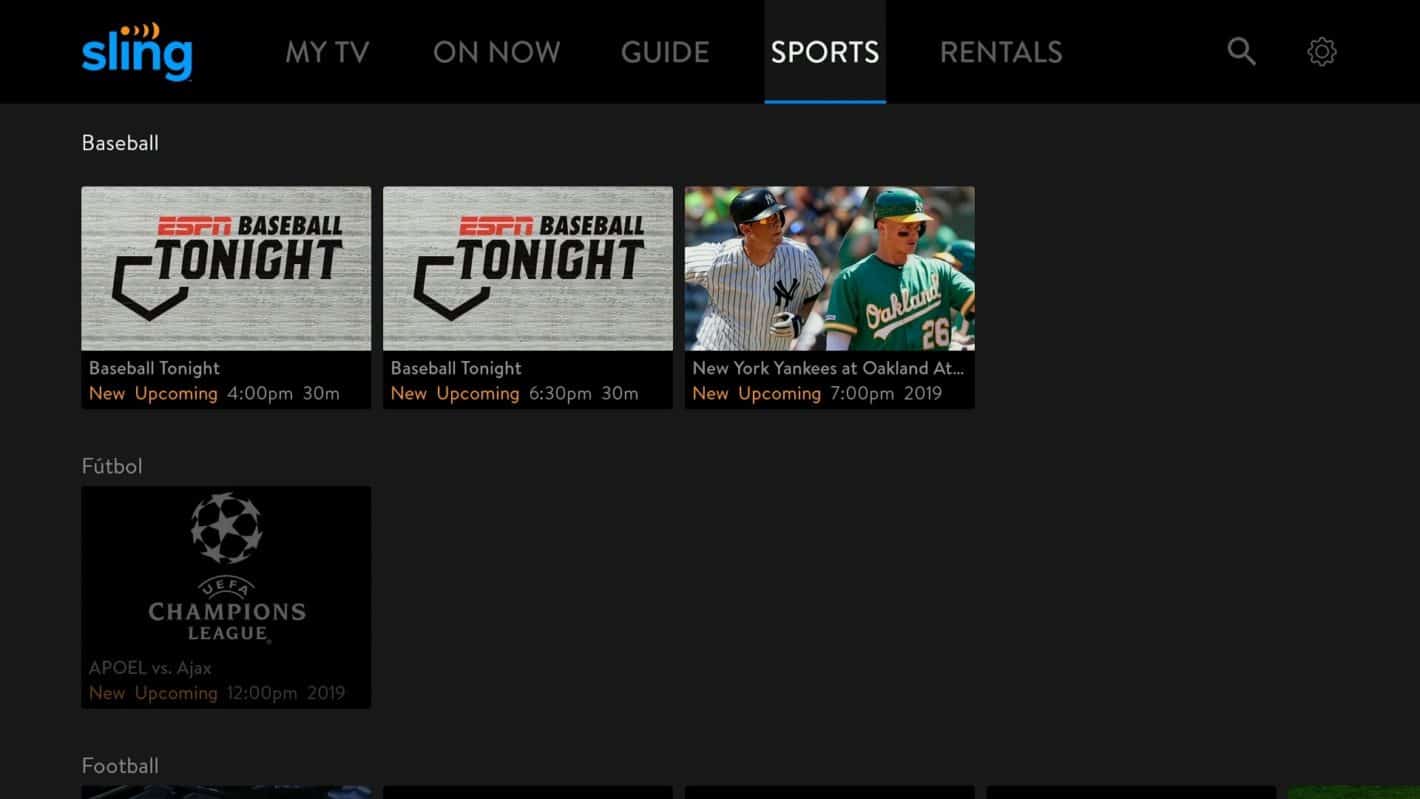 Sling TV added a new feature today designed to make sure you don't miss out on the most popular sports events.

Basically, Sling TV will now highlight any and all hot sports events that are currently live. Officially, this is Sling TV's "What's Hot" feature for sports.

Of course, whether a game is hot for one individual may not automatically mean it is also hot for another. This is where Thuuz comes in.

Sling also confirmed the new What's Hot feature draws on Thuuz for background information. Thuuz uses data science to rate the 'excitement level' surrounding a sports event. These ratings are then used to inform viewers of which sporting events are hotter than others. In other words, which sports events are particularly worth tuning in to.

Occasionally. Sling TV announces new features that are hitting one platform before another but in the Android world, that's not the case here. The new What's Hot feature is rolling out to both Android mobile and Android TV.

It is also rolling out to Amazon Fire TV devices as well.

The rollout started today although that doesn't necessarily mean all compatible devices will see the update arrive today.

Users can check to see if the feature is live for them by navigating to the "Sports" tab in the top menu bar on Android TV. Or on Android mobile by tapping on the Sling TV app's menu (top left corner) and then selecting the "Sports' option.

A sports version of trending

Sling TV announced a similar feature in June. Back then, the feature was labelled as "Trending Live" and looked to help users identify content that's live and trending.

The difference, Trending Live was more of a catch-all solution. What's Hot not only focuses on actual live events, but is also tailored to sports viewers, specifically.

While slightly different, the underlying motivation is the same. Both Trending Live and What's Hot focus on data collected by others to inform the viewer. This is a slight deviation from most interfaces which tend to focus more on the user's preferences and viewing habits.

Features like these suggest Sling TV is moving in a crowd-sourced direction in a bid to make it easier for viewers to avoid missing out on topical content.

Sling also today announced that for a limited time those who sign up and pre-pay for two months of Sling TV can get a free AirTV Mini device. That's not a bad deal.