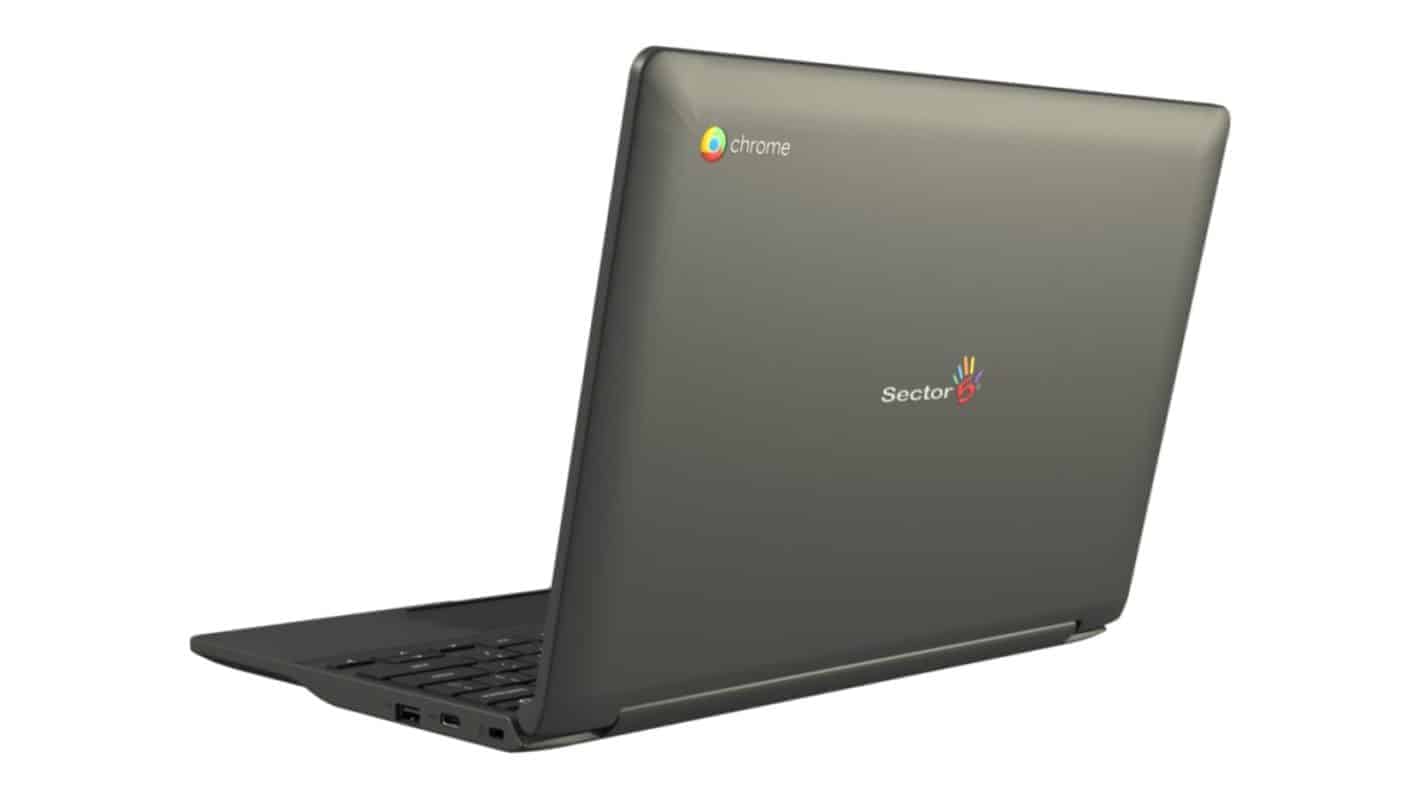 Just in time for the back to school season, Sector 5 is now offering a steep discount on its capable E3 Chromebook. The device typically runs just shy of $350 per device but purchasers can reportedly pick one up through August 31 for more than $100 off that price.

The company is selling the Chrome OS laptop for $233. As a result, this is undoubtedly going to be one of the best budget-friendly Chromebook deals currently going.

Sector 5 Built this to go above the budget Chromebook range

In terms of what buyers get for their money, Sector 5's E3 Chromebook ships with respectable hardware packaged in a well-ruggedized frame.

On the inside, the E3 Chromebook gets its power from an Intel Apollo Lake series Celeron processor. That's a quad-core N3450 chip clocked at a base frequency of 1.1Ghz up to 2.2Ghz, to be precise. A healthy 4GB of LPDDR4 RAM and 32GB of microSD card expandable storage back that up.

The 3350mAh capacity battery Sector 5 packs into its E3 Chromebook is rated at 10-hours of usage. That charges via rapid charging through either of the two included USB-C ports. Two standard USB 3.0 ports are included for data transfers. The two final plugs include a Kensington Lock slot and a 3.5mm combo audio jack.

At just 0.79-inches thin, the exterior shell is ruggedized against drops and other wear-and-tear, complete with a spill-resistant keyboard. Audio is provided via stereo 2W, 4ohm speakers. Sector 5 includes a one-megapixel 720p webcam, positioned just above the 11.6-inch touch-enabled 1366 x 768 resolution display. Sector 5 attached the E3 Chromebook's screen to its keyboard via a 180-degree hinge, so it can be laid flat.

This isn't the lightest Chromebook around, as a result of its ruggedization, weighing in at 2.875lbs.

Since the back-to-school season is well underway, Sector 5 is currently offering a slightly better deal for educators and admins. More directly, buying the E3 Chromebook for those uses allows special pricing and lets the cost drop the cost further via the tax-exempt status of those purchase.

Exact details on the pricing for education departments haven't been provided. But the contact information is made available on the main page for the gadget. That's accessible via product page through the link below.

While not one of the most well-known brands outside of that market segment, Sector 5 is one of the premier OEMs for education. The company also offers a plethora of solutions for bulk device charging and customers in Education-based IT departments gain access to 'white-glove' service and support as well as bulk-pricing and training.

With consideration for cost alone, similarly-specced laptops running the popular OS are going to cost right around double the price. It isn't going to compete with the most powerful devices but that places the Sector 5 E3 Chromebook as one of the best-equipped Chrome gadgets around, regardless of who's buying. Supplies of the device are reportedly limited, so they'll likely be going fast.

Advertisement
Sector 5 E3 Chromebook - Sector 5 - $233
Advertisement
Trusted By Millions
Independent, Expert Android News You Can Trust, Since 2010
Publishing More Android Than Anyone Else
25
Today
144
This Week
399
This Month
5143
This Year
106618
All Time
Advertisement