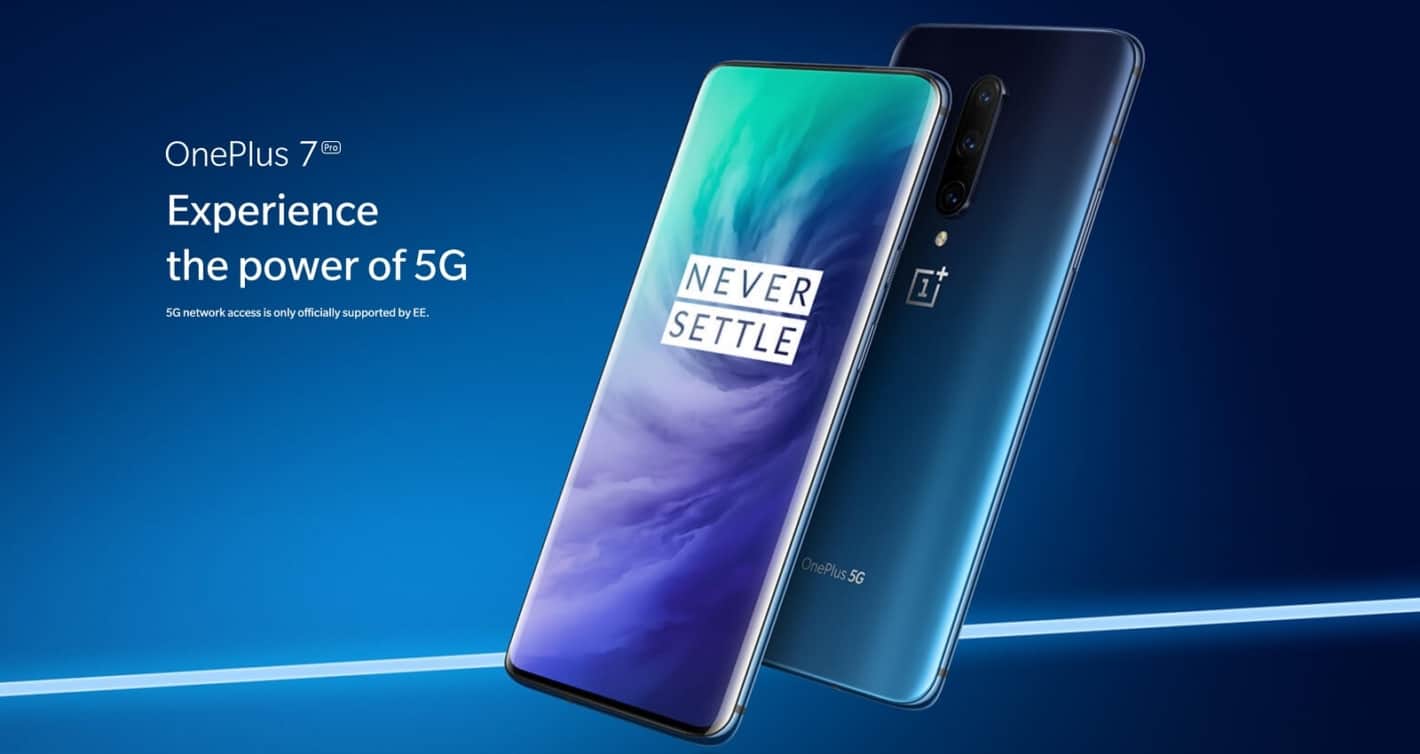 The next OnePlus 5G smartphone will be more readily available than the company’s debut 5G-ready device, according to its CEO. Speaking to Financial Times, Pete Lau talked about leveraging the power of the next generation of wireless technology to deliver better performance with its next premium smartphone, which will most likely be the OnePlus 7T Pro.

Back in May, the company launched its first 5G smartphone, the OnePlus 7 Pro 5G. However, it is only available in the UK and Finland. The phone boasts an impressive specifications sheet, with a 90Hz display, in-display fingerprint scanner, and pop-up camera. However, Lau believes it’s the impressive download speeds which 5G made possible that has increased the popularity of the phone. When the OnePlus 7 Pro 5G was launched, the roll-out of the next generation of telecommunication technology was just beginning and with coverage slowly increasing, it’s understandable that the company wants to launch its upcoming 5G-ready smartphone in more locations. The Chinese vendor has already given a timeframe for its 5G-ready upcoming flagship, although we can expect 4G variants too.

Sprint Is Almost Guaranteed To Sell OnePlus’s Upcoming 5G Handset In The U.S.

Lau says that OnePlus’ second 5G smartphone is going to hit the market in the last quarter of 2019. The Chinese vendor usually releases its T-series smartphones during November. If rumors are to go by, the OnePlus 7T will be launched around mid-October. Earlier this month, Sprint and OnePlus had jointly announced that the Shenzhen-based company’s upcoming 5G-enabled handset will come to the carrier.

As for the features of the OnePlus 7T Pro 5G, or whatever the company ends up calling its next 5G handset, it’s mostly a mystery. It might be underpinned by the Qualcomm Snapdragon 855 Plus chipset, which is a higher binned version of the Snapdragon 855 SoC. Needless to say, this will result in a slightly better performance compared to the OnePlus 7 Pro 5G. However, differences aren’t expected to be significant, as the new silicon just has an overclocked CPU and GPU, and everything else remains largely the same.

A handful of 5G-enabled phones are already available in the U.S., with Samsung’s offerings being the most prominent ones. OnePlus has made a name for itself by delivering top-notch hardware at relatively affordable prices. For instance, it’s first 5G smartphone is in the neighborhood of $800, which is cheaper than Samsung’s 5G devices.

Unlike its Chinese brethren Huawei and Xiaomi, the company has managed to enter the U.S. successfully. Offering a 5G smartphone can help it win more customers stateside. After all, it’s upcoming flagship will probably keep up with its tradition of offering robust hardware at a reasonable price. It will also help that Apple and Google aren’t really expected to join the 5G bandwagon this year, which means there is a great opportunity to scoop up customers.

A OnePlus TV Is Also In The Pipeline

Other than that, Lau also said that a television set, possibly one that supports 5G, is also in works. He believes that the manufacturer’s experience in making Android smartphones will make it easier to make a TV. Samsung, Sony, and LG currently dominate the market. Let’s see if OnePlus is able to break in.