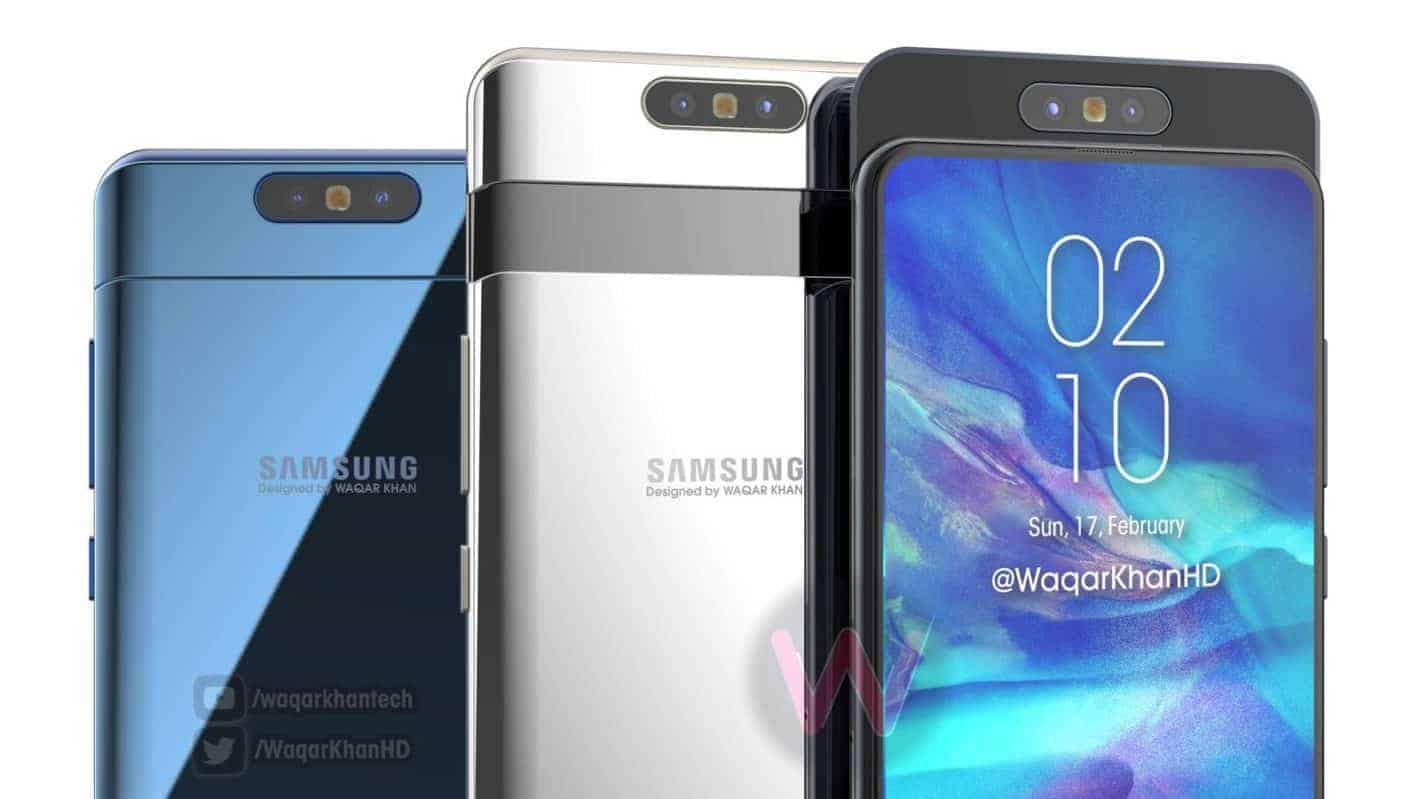 Samsung has already certified its Galaxy S10 5G flagship, but the Korean juggernaut is now bringing 5G to other smartphones. The first non-flagship 5G smartphone, the Galaxy A90 5G, is now certified for market arrival.

The upcoming non-flagship 5G smartphone has been spotted at the Wi-Fi Alliance website today, bearing the letter "B" in the model number (SM-A908B), a letter that refers to international devices.

This is the first year in Galaxy A series history that the US gets access to Samsung's mid-range lineup. In years past, the Galaxy J was the accessible Samsung mid-range series in the States.

The Galaxy A90 is Wi-Fi certified, not a surprise for smartphones utilizing Wi-Fi alongside cellular data. Samsung is giving the Galaxy A90 802.11ac Wi-Fi, commonly used by a number of flagships. If you'll notice, 802.11ac isn't the 802.11ax or Wi-Fi 6 technology Samsung has placed in its Galaxy S10 series. This is expected for mid-range devices.

As for specifications, Weibo user "Martian-V" said back in April that the Galaxy A90 would feature a 6.7-inch Full HD+ OLED display with a 2400 x 1080p screen resolution, Qualcomm's 64-bit, octa-core Snapdragon 7150 processor, and have three rotating cameras for both selfie and rear photography.

Samsung says that its AMOLED panel on the A90 will be a "notchless Infinity screen," referring to the absence of a notch (though Samsung could mean a "punch-hole" display, with a hole where the selfie camera goes. Later reports have surfaced that there will be no display holes in the device either).

The major feature of the Galaxy A90 is said to be its pop-up, rotating cameras on the device: that is, the three cameras on the back (48-megapixel + 8-megapixel+ Time-of-Flight (ToF) sensor will rotate to the front when taking selfies, then resume their normal position at the back when taking photos from a distance. This explains why there'll be no punch holes or notches in the display: because all three cameras will have a separate space on the smartphone and the rotating nature of the cameras is why they'll be separated from the display.

It's been said that Samsung wouldn't bring rotating cameras to the A90 because of the large battery, but that remains to be seen. What's known is that rotating pop-up cameras are becoming a smartphone trend for Chinese Android OEMs such as BLUBOO (BLUBOO S2), OPPO (OPPO N1, OPPO N3), Vivo (Vivo NEX), Huawei (Huawei P Smart Z), Lenovo (ZUK Z2), and others. Samsung has already added rotating cameras to its Galaxy A80, so continuing the design trend in the Galaxy A90 is expected, too.

Whatever we know about the Galaxy A90 5G, it is expected to be Samsung's most expensive, mid-range Galaxy A device available worldwide. Its flagship features and mid-range price will make it one of the most coveted smartphones for purchase when it arrives on the world market.