Some of you may want to get the Galaxy Note 9 in order to save some cash, while others may simply prefer it over the Galaxy Note 10+. Whatever the case may be, we’ll compare the two phones across a number of categories in order to try and help you make a decision. 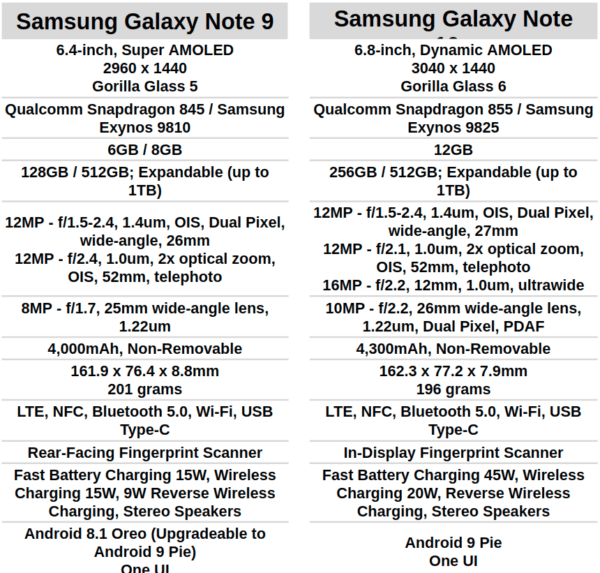 The Samsung Galaxy Note 9 and Galaxy Note 10+ are not as similar in the design department as some of you may think. Both phones are made out of metal and glass, and both feature a curved back, but they feel a bit different in hand.

The Galaxy Note 9’s edges are slightly more rounded, while its back is a bit more curved on the sides. Both phones are extremely slippery, and you will definitely feel the heft of both of these devices.

The Galaxy Note 10+ does have thinner bezels compared to its predecessor, but it also comes with a display camera hole which is not present on the Galaxy Note 9. Those of you who do not like notches and display holes will probably prefer the Galaxy Note 9, despite the fact its bezels are a bit thicker.

Truth be said, some people will prefer the Galaxy Note 9’s design, while others will opt for the Galaxy Note 10+. One phone has an advantage in the bezels department, while the other does not have a hole in the display… it’s all a matter of preference, as some people simply hate display holes. 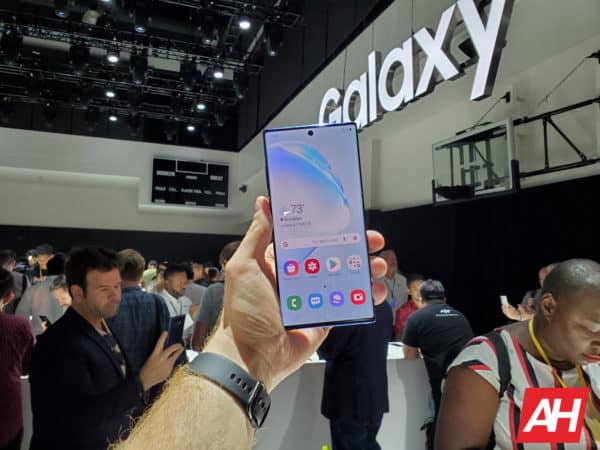 So, which one is better? The difference between these two displays is not huge, not at all. Both look amazing, though Samsung did make some improvements in terms of image reproduction on the Galaxy Note 10+, which makes it look a bit better in person… but only by a hair.

The Samsung Galaxy Note 10+ does come bringing both new hardware and software, and it will offer better performance, at least on paper. We did not experience any issues whatsoever with the phone in that regard, in our brief time with the device. On the other hand, the Galaxy Note 9 still performs great, even though stutters are a part of the experience. 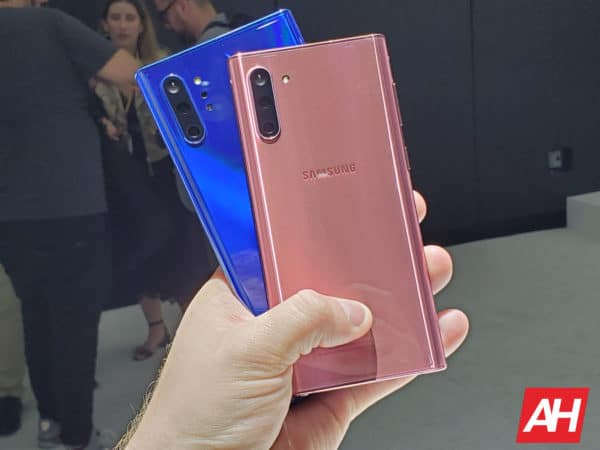 Battery Life is one category that we know least about at this point in time, at least as far as battery longevity is concerned. The Galaxy Note 9 does come with a smaller battery, a 4,000mAh unit, but it also includes a smaller display. The Galaxy Note 10+ sports a 4,300mAh battery, but its display is larger by 0.4 inches.

If we calculate in the benefits of the Snapdragon 855, though, and Samsung’s latest improvements to its software, the Galaxy Note 10+ should be able to offer better battery life than its predecessor. We’ll have more info regarding this once we get some time to properly review the phone.

Now, the Galaxy Note 10+ definitely wins in the charging department. The device supports wired charging up to 45W, though you’ll have to purchase a separate charger for that. The phone also supports 20W wireless charging, and reverse wireless charging. 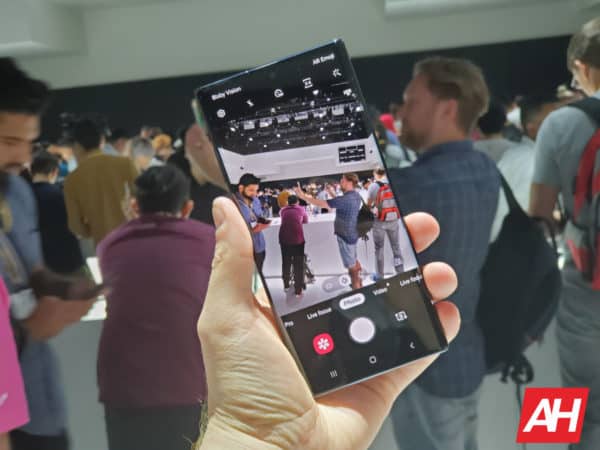 The Galaxy Note 9 includes two cameras on the back, two 12-megapixel units, a main camera, and a telephoto one. The Galaxy Note 10+ offers you more versatility, as it also offers an ultrawide camera, on top of those two, plus a DepthVision sensor, which is Samsung’s name for its ToF (Time of Flight) camera.

We did not spend a lot of time with the Galaxy Note 10+’s camera just yet, but we did notice some improvements in the processing department. Details also seem to be a bit better on the Galaxy Note 10+, while the camera also includes some new software tricks, like Live Focus Video.

So, the Galaxy Note 10+ has one considerable negative in the audio department, compared to the Galaxy Note 9, as it does not include a 3.5mm headphone jack. If you do need that port, well, you’re out of luck with the company’s new flagship.

Having said that, the Galaxy Note 10+ can shoot audio to your headphones both via Bluetooth and via its Type-C port, and it can provide really compelling audio at that. Both phones can provide you with 32-bit/384kHz audio.

You will find stereo speakers on both devices, and those speakers are tuned by AKG in both cases. Dolby Atmos audio is also a part of the package. Truth be said, the Galaxy Note 10+ speakers do sound better than the ones on the Galaxy Note 9, but the difference is not huge. Wired audio is almost equal on both. 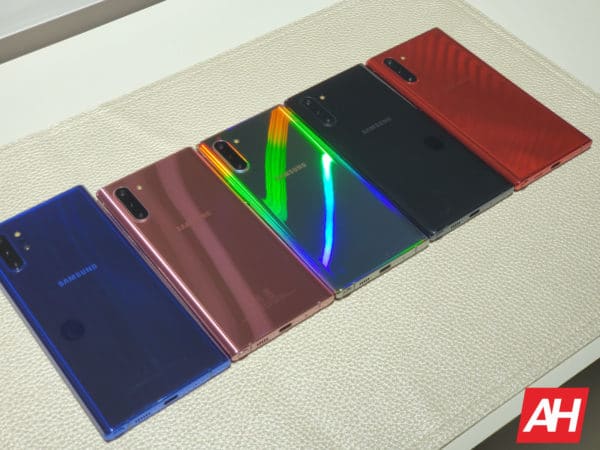 The Galaxy Note 9’s display is almost on par with the Galaxy Note 10+’s, the device still performs well, and it offers a really compelling set of cameras. The phone also includes a 3.5mm headphone jack, and no display notch or hole. That being said, the Galaxy Note 10+ is a better phone overall, if you’re looking for the latest and greatest.