The Galaxy Note 10 and Galaxy Note 10 Plus are now official, and well it’s going to cost you a pretty penny. Samsung isn’t wasting any time in getting these devices out there for customers to pre-order them.

Pre-orders are already live, and will ship in time for an August 23 release date. But, before you go opening your wallet up, there are some pretty good deals at different carriers and retailers. So let’s break down the best deal you can get on either Galaxy Note 10.

For the Galaxy Note 10, AT&T is offering the device on its Next Up lease, which will cost you $32 per month for 30 months – which actually comes out to $960 and the unlocked version is $949. AT&T is also offering up a BOGO deal on the Galaxy Note 10, so you can buy one and get a second one for free. As is usually the case with these BOGO deals, it will be in monthly bill credits. So you’re going to need to stick with AT&T throughout the next two years to get this deal.

As for the Galaxy Note 10 Plus, it is offering it on the Next Up Lease as well, but for $36.67 per month for 30 months. This is also eligible for the BOGO deal, however, if you get two Galaxy Note 10 Plus smartphones, you are only going to get $950 off of the second one. That’s still a really good deal, as you’re getting a Galaxy Note 10 Plus for just $150.

Finally, buyers on AT&T are eligible for a $100 gift card from Samsung. 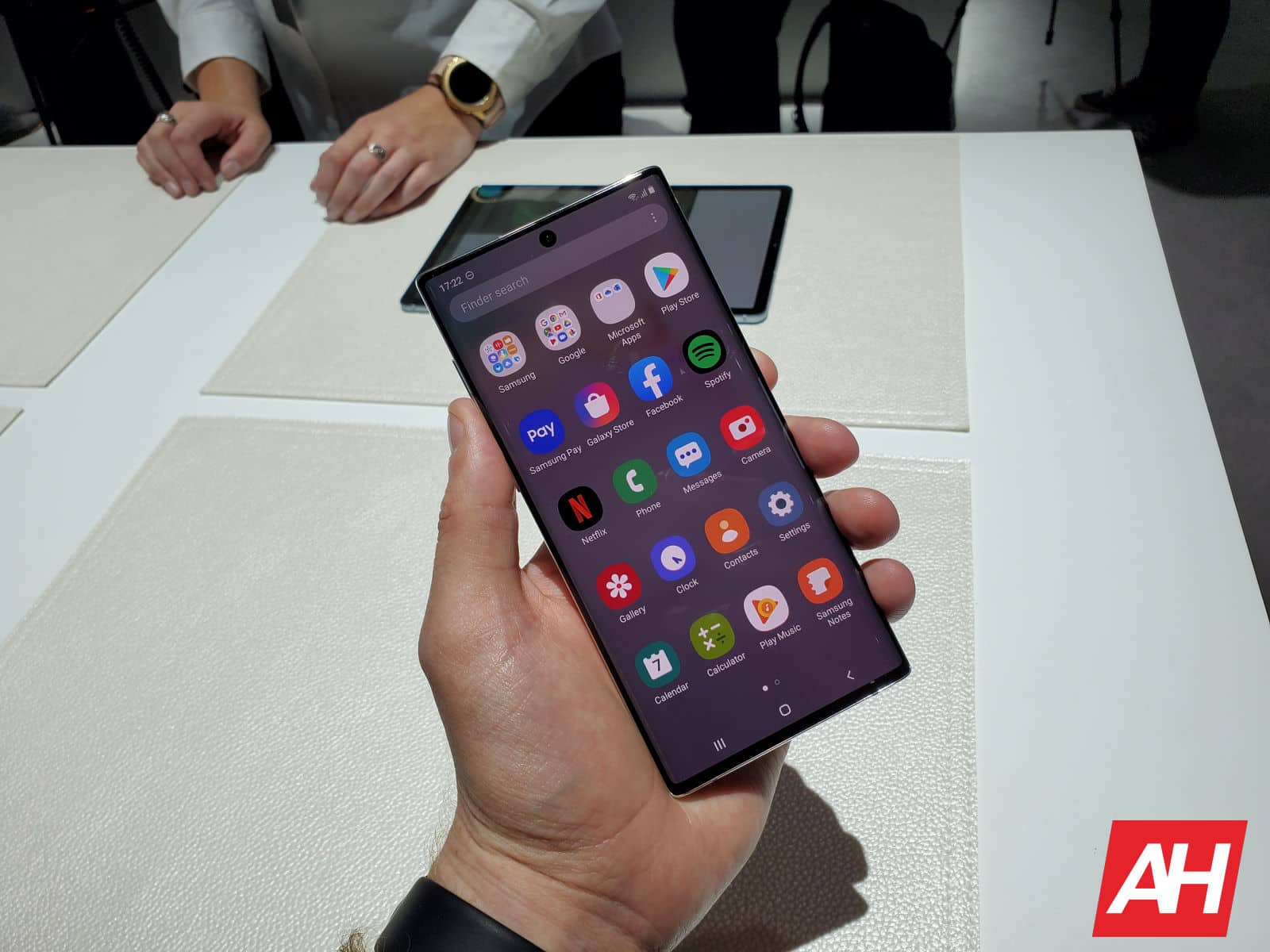 Those that buy either device will be eligible for a $100 Samsung gift card with their purchase as well.

Next up is T-Mobile, and it is offering a similar promotion to the other carriers. Which is a BOGO on the Galaxy Note 10 when you add a new line. The second device will be free via monthly bill credits over the next 24 months. The other promotion that T-Mobile is offering, includes up to $300 off of your new Galaxy Note 10, when you trade in your current device. The only bad thing is, you can’t take advantage of both promos. 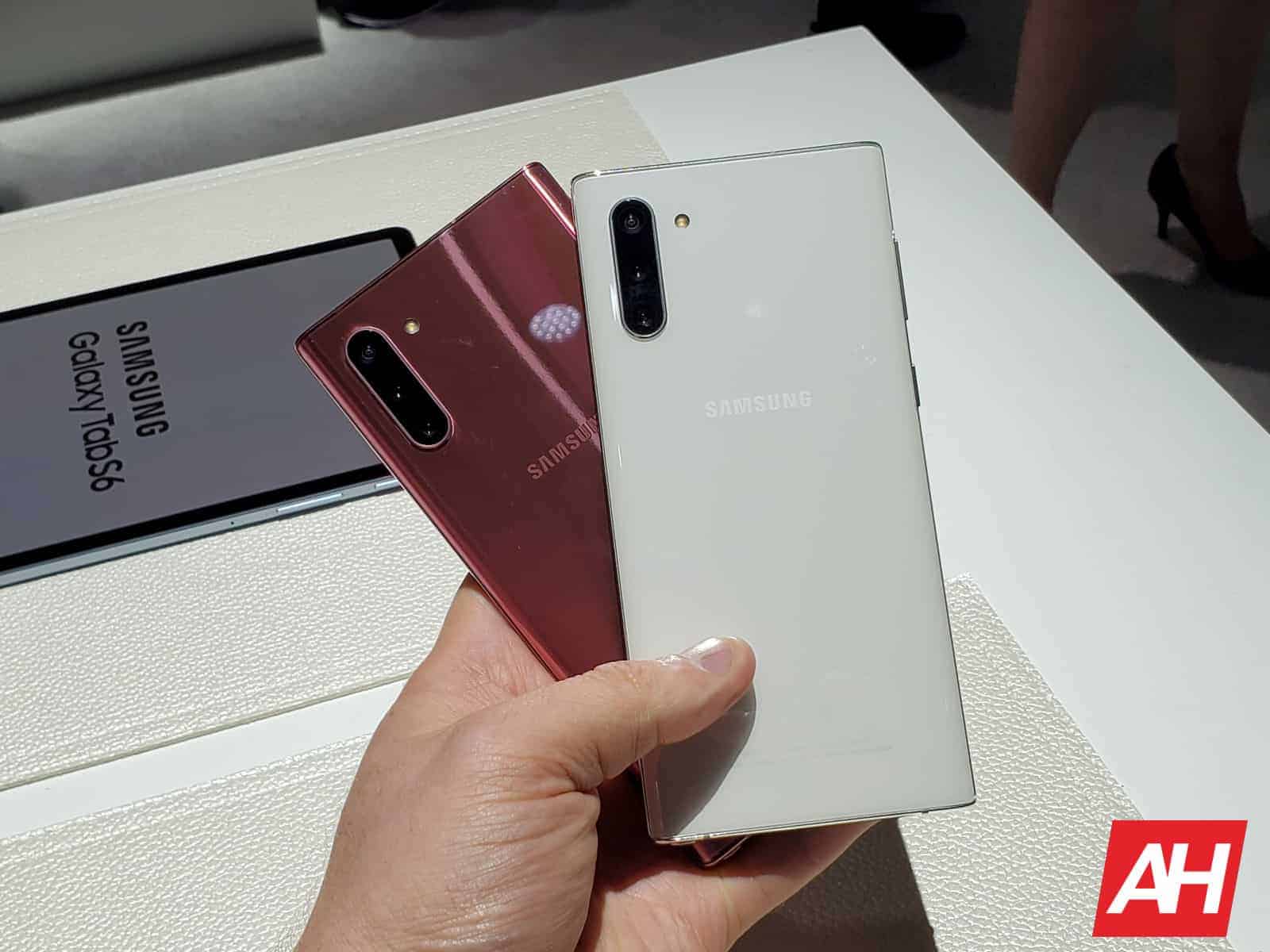 Verizon has some pretty impressive deals going on for the Galaxy Note 10 lineup. There is the BOGO deal, which every carrier is offering. Though Verizon allows you to use it with the Galaxy S10 if you wish to do so. This is only available if you open a new line on its Unlimited plan. Like T-Mobile, it is also doing a trade-in where you can get up to $450 off of the Galaxy Note 10 with trading in your old device. And you can’t mix these two.

Samsung’s website is also selling the Galaxy Note 10, Note 10 Plus and Note 10 5G for all the carriers and unlocked. It is also offering the best promotion for those looking to pre-order it.

If you purchase through Samsung’s website, you’ll still get the $100 gift card ($150 for the Note 10 Plus) like you would if you purchased through a carrier. You also get six months of Spotify Premium included. And finally, you’ll get a $50 credit from Samsung just for pre-ordering.

This makes it the best promotion out there, seeing as you don’t have to buy a second phone, or trade yours in, to get a pretty good discount. Prices are all the same on Samsung’s website, so $949, $1099 and $1299 for the Note 10, Note 10 Plus and Note 10 Plus 5G respectively. You can also opt to finance these if you wish.