The Galaxy Note 10 Plus doesn't bring many camera improvements over the Galaxy S10, but that's not why you shouldn't buy it.

Let’s start with the camera. Everyone is praising how good this camera is. And it is good. But the one mode that Samsung has been promoting over the past few years, is just not good at all. In fact, I called it “total garbage” on Twitter, and not many disagreed with me.

Is it just me, or is Live Focus just total garbage? There’s to much “fake bokeh” in the background. The Pixel does a much better job, imo.

The big problem with Live Focus, is that it doesn’t do a good job at focusing in on what you want it too. Even when you tap to focus on the camera, it will blur out that subject you wanted in focus. This doesn’t happen all the time, and mostly happens with things, rather than people. For instance, there is a picture of some flowers in the Flickr gallery below. That picture was taken with the focus on the flowers. But guess what? They aren’t in focus. The background isn’t even in focus. It’s just a random sliver of the right side of the picture that is in focus. And a tiny bit of the flower. That’s not how Live Focus should work.

After speaking with Samsung, it supposedly will only work when there’s a person in the frame. Or more specifically, a face. Basically, you can’t use it as a macro mode or a bokeh mode to get some good shots of flowers and such. That’s where the issue lays. Hopefully they’ll expand it past faces in the future.

It does work better in video, or when there’s a person for it to track and keep in focus. It still looks very fake though. And if you’re a true content creator, you’re not going to like that look. It still amazes me how much better Google is at stuff like this on the Pixel, with just a single camera. Meanwhile the Galaxy Note 10 Plus has four cameras, which includes a Time of Flight sensor that is supposed to help with a true Bokeh effect. This is something we hope they can fix in an update to the Galaxy Note 10 Plus.

As for using this as a macro mode, yeah it’s not going to work. The “auto” mode does better Bokeh than the Live Focus mode, which is made for Bokeh. It is probably the one area of Samsung’s camera that needs a big improvement. The rest of the camera is pretty great.

Pour one out for the headphone jack 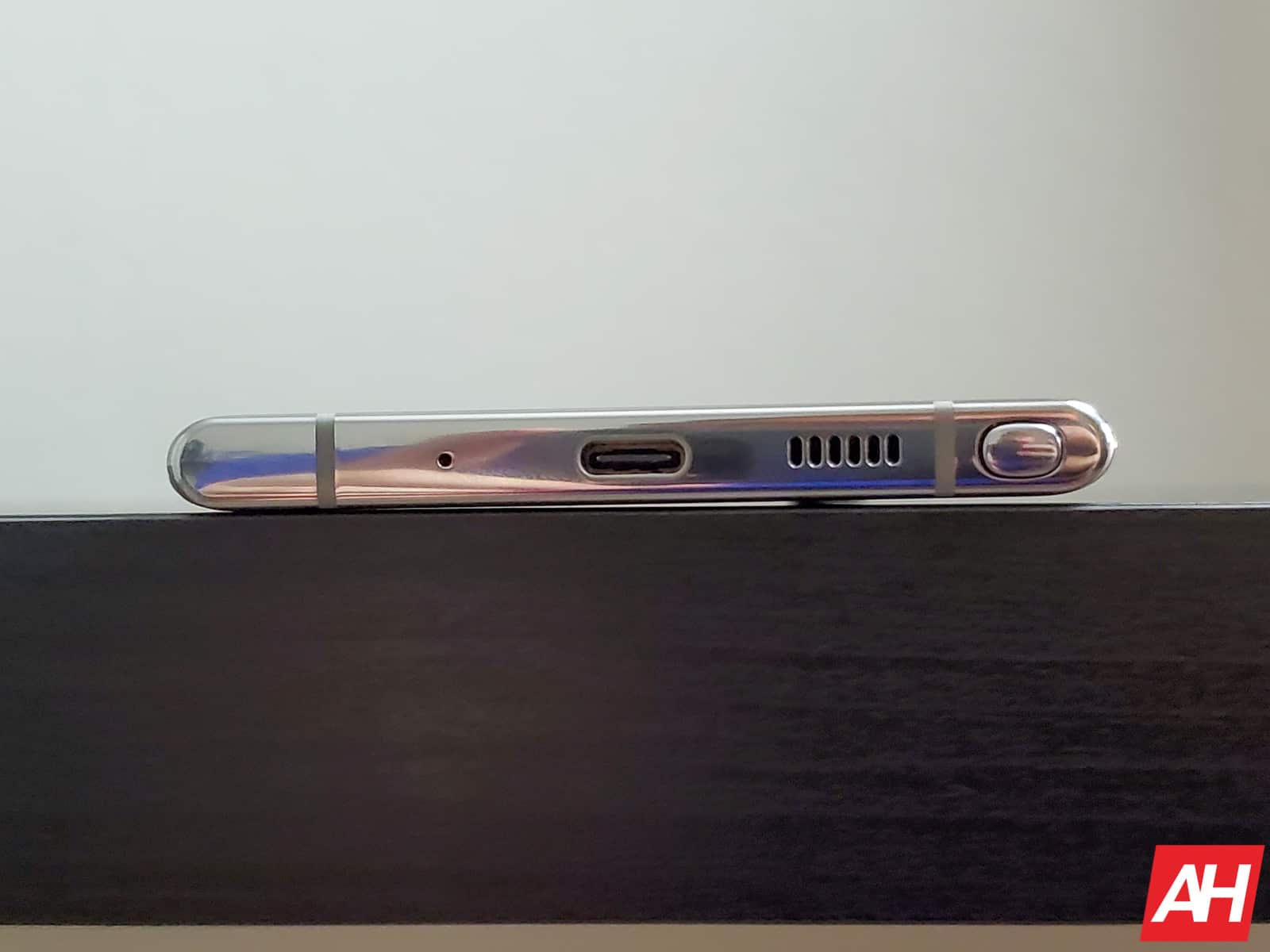 What this means is that users will need to switch over to USB-C headphones, Bluetooth headphones or just buy a dongle. Unfortunately, Samsung did not include a dongle in the box. That is going to be sold separately, and it’s unclear at the time of writing this review, what that might cost. This is a page out of Apple’s playbook too. Removing the dongle from the box. It’s something Apple started doing last year, and it’s making a fortune on selling those dongles. Seeing as people lose them all the time, charging $7 here and there for a new dongle, means millions for Apple.

The good news, however, is that Samsung does include a pair of USB-C headphones in the box. These are AKG headphones and actually are pretty good headphones.

Captain Obvious here, the Galaxy Note 10 Plus is very slippery 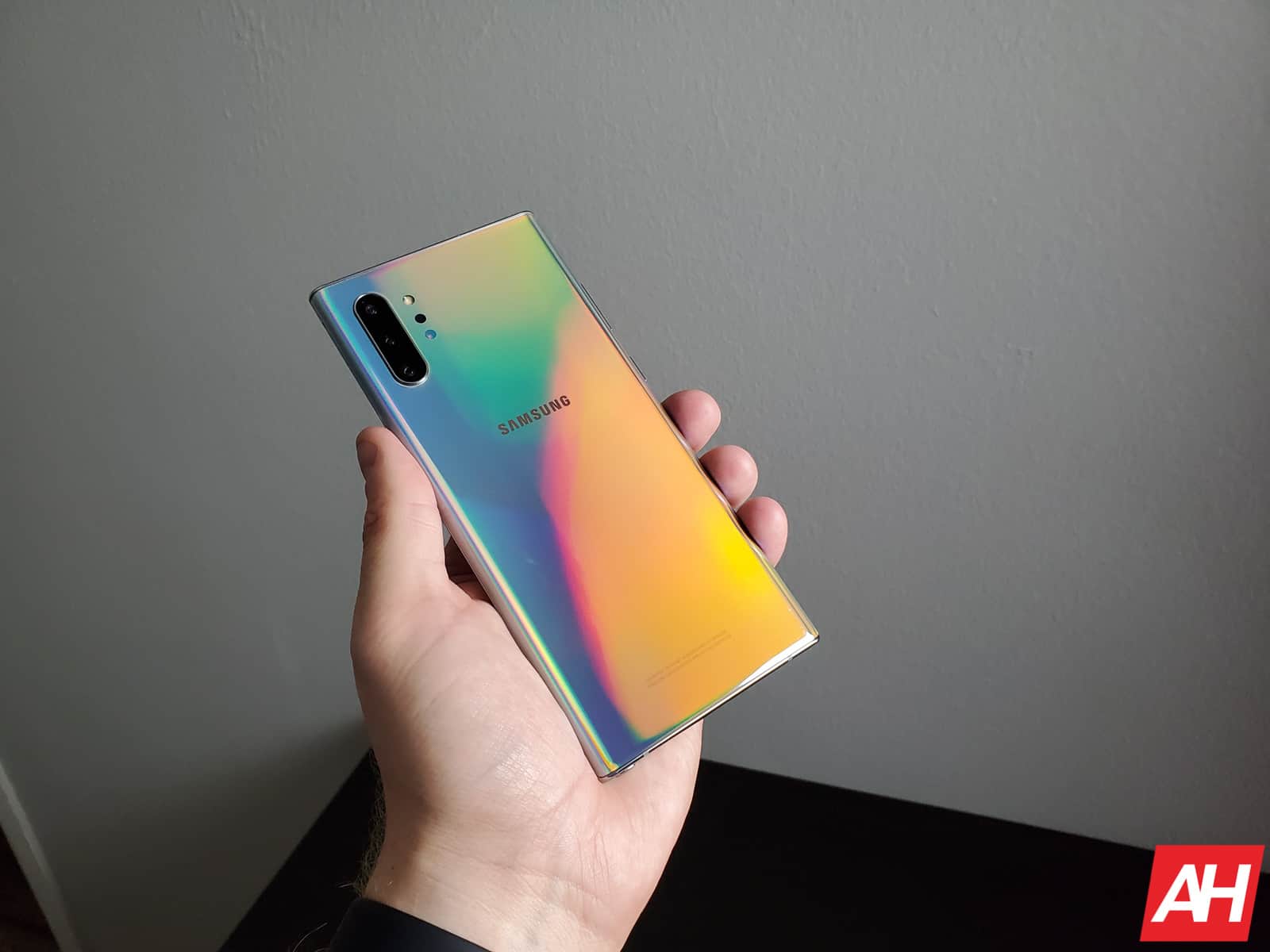 The good news is that this is not the most slippery phone I’ve ever used or reviewed. The ceramic phones – like Xiaomi’s Mi MIX smartphones – are still the most slippery. I have not dropped nor nearly dropped the Galaxy Note 10 Plus at all yet – knock on wood. But that’s only a matter of time. You’re going to want to get a case for this one, and we have already rounded up the best cases available for the Galaxy Note 10 Plus.

Unless you’re feeling daring and want to use the Galaxy Note 10 Plus naked.

In the “Good Review” we talked about how incredible the Samsung Galaxy Note 10 Plus’ display is. And it is pretty incredible. But there is one knock on the display, especially after using something like the OnePlus 7 Pro. And that would be the 90Hz refresh rate. Samsung is sticking to 60Hz on the Galaxy Note 10 and Note 10 Plus. And after using the OnePlus 7 Pro, the display just seems slow and laggy. That’s how much of a difference 30Hz can make in a display. Nevermind what a 120Hz display would feel like – though that’s only on LED panels right now and hasn’t made it over to AMOLED just yet.

This shouldn’t be a “make it or break it” thing for most Galaxy Note 10 buyers. Because, if you haven’t used a phone with a 90Hz display, you likely won’t even see a difference with the Galaxy Note 10 Plus display. This is more of an issue with reviewers and tech enthusiasts that use every single phone that gets announced. 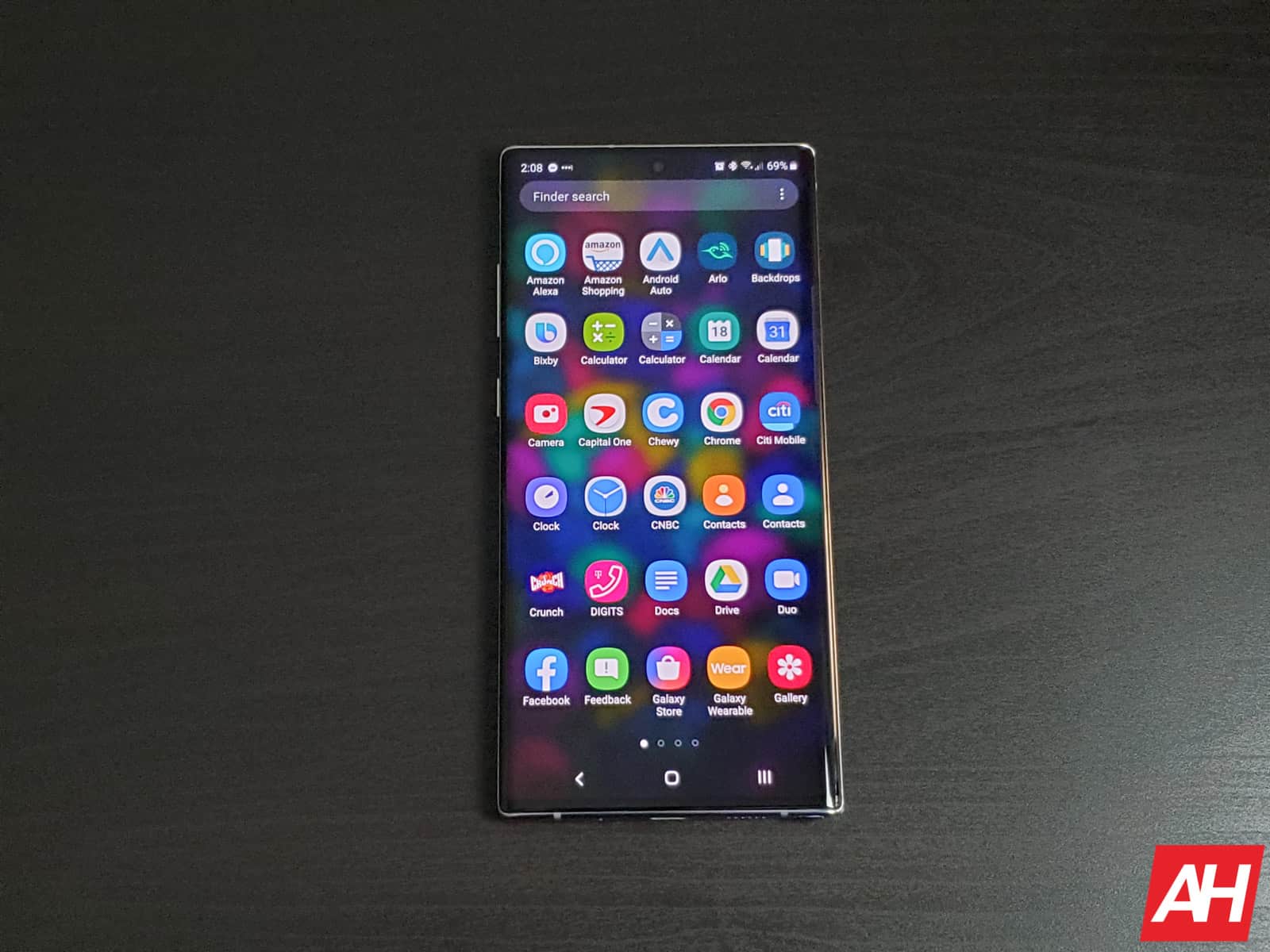 Crossing our fingers that Samsung will announce the Galaxy S11 next Spring with a 90Hz refresh rate display.

The Galaxy Note 10 Plus will cost you 11 Benjamins

The Galaxy Note 10 Plus is not cheap. And we didn’t expect it to be. We did expect it to jump in price, and it jumped about as much as we expected. That’s one Benjamin, or $100 for those that aren’t millennials. It’s now $1099. And while it did jump as much as we expected, that still does not make it a cheap phone. It is the most expensive, base-model Android smartphone out right now. Yeah, we could argue that the Galaxy Fold and Huawei Mate X are more, but those aren’t actually out, and we shouldn’t talk about those since they are very different from the Galaxy Note 10 Plus.

Since the Galaxy Note 10 Plus is so expensive, we do hold it to a higher standard. We expect it to be closer to a “perfect smartphone” than something like the Motorola Moto Z4, which is less than half the price. We also expect it to last us longer, and while it’s tough to say right now whether that Galaxy Note 10 Plus will hold up after three or four years, right now it does look like it will. This will also depend on how well Samsung updates the Galaxy Note 10 lineup over the next couple of years.

Despite its quirks, the Galaxy Note 10 Plus is still a buy

It’s not perfect and we didn’t expect it to be a perfect smartphone. It does remove a few things that people won’t like – like that headphone jack. But as an overall package, the Galaxy Note 10 Plus is still a buy, in our opinion. Some of the things we talked about here can be fixed with a software update. Like the issues with Live Focus, though we don’t really expect that to happen right away. Since Live Focus has been like this for the past few flagship releases (Galaxy S10, Galaxy Note 9, etc). And the other issues are really first-world problems.

Samsung sells the Galaxy Note 10 Plus on its website, as well as at all of the major carriers. You can find out which retailer and/or carrier has the best deal for you by clicking here.