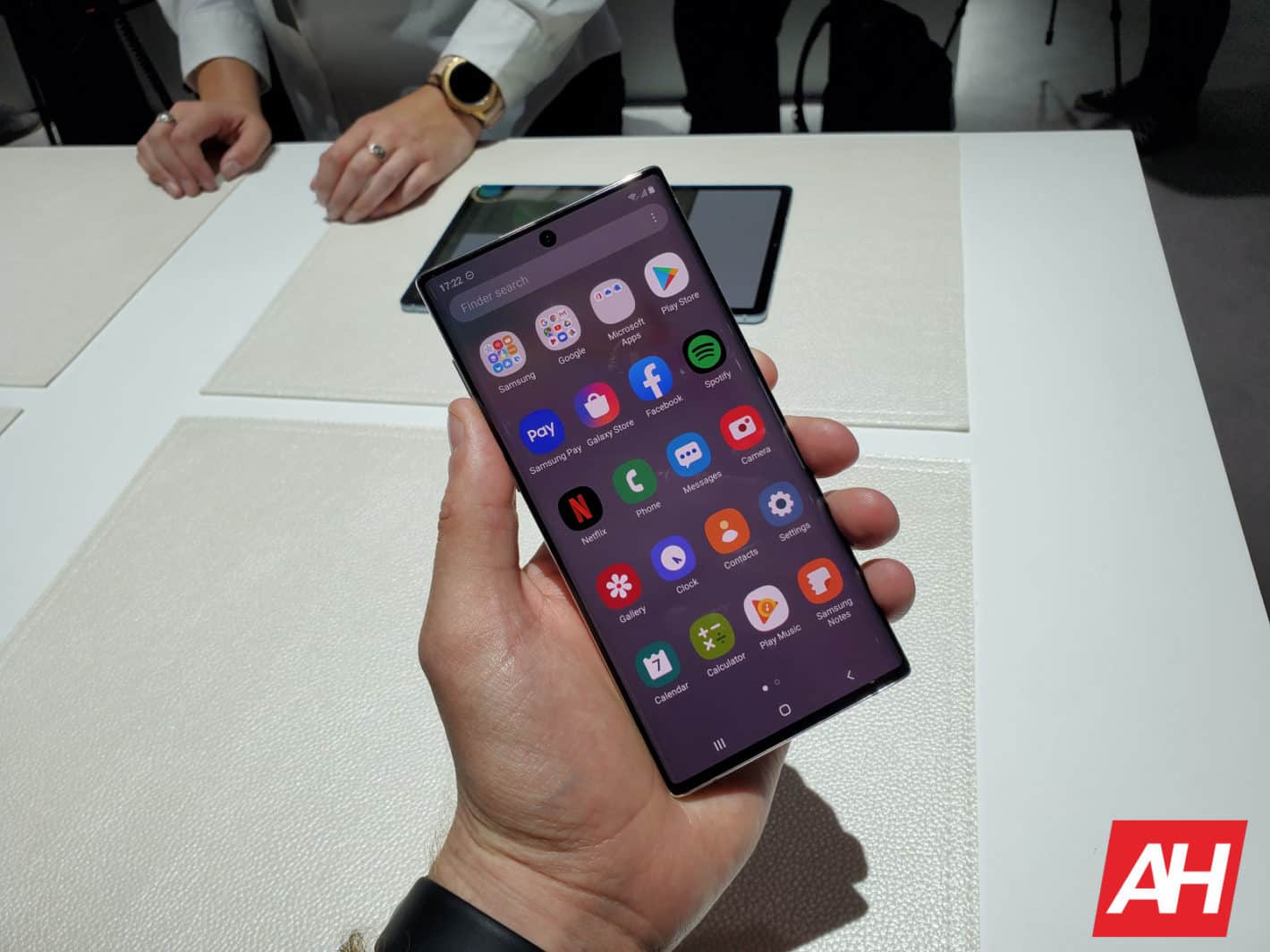 The Samsung Galaxy Note 10 does come with a pair of headphones in the box. Which had been the case for the past few years. However, this time around they are USB-C headphones, since there is no 3.5mm headphone jack on the Note 10.

Many had thought that the headphones that these would be noise cancelling headphones, but that is not the case. These are regular old AKG USB-C headphones, nothing too special with them. However, they are going to be a better pair than you'd get with many other smartphones these days – if there is a pair in the box with other smartphones.

Another downer for the Galaxy Note 10, is the fact that there is no USB-C to headphone jack adapter included in the box. Like Apple, Samsung is going to make you pay extra for that cable. It's not yet listed on their site, but it'll likely be $5 to $10. That's about what Apple charges for its headphone dongle too.

Having a pair of headphones in the box is still a really good thing for Samsung. Most other smartphones do not even come with a pair in the box, whether it has a headphone jack or not. And that's been the case for many years now. Most smartphone makers started removing the headphones about five years ago, in an effort to maximize profits.

For the most part, that was okay. Because those headphones that were included in the box were pretty terrible, and most people weren't using them anyways. However, since Samsung started including headphones in the box again, they've been using some pretty good quality AKG headphones that have a braided wire. Not only did these look good, but they also sounded really good. This was also a way for Samsung to leverage its purchase of HARMAN (AKG's parent company) a few years ago, and put those headphones into more hands.

No noise cancelling on these USB-C headphones might be a big deal to many, but it shouldn't be a surprise. Those would normally be a more expensive pair of headphones. You know, a pair that Samsung is going to want you to pay for. Instead of just putting them in the box. However, on the bright side, at least there is a pair of headphones in the box. Samsung hasn't listed the prices for these dongles yet, and depending on the price, it might just be better to make the switch over to Bluetooth. Those wireless headphones have gotten really good over the past few years.

The Galaxy Note 10 series will be shipping to customers next week – on August 23. We'll likely find out then how good (or not so good) these headphones are.