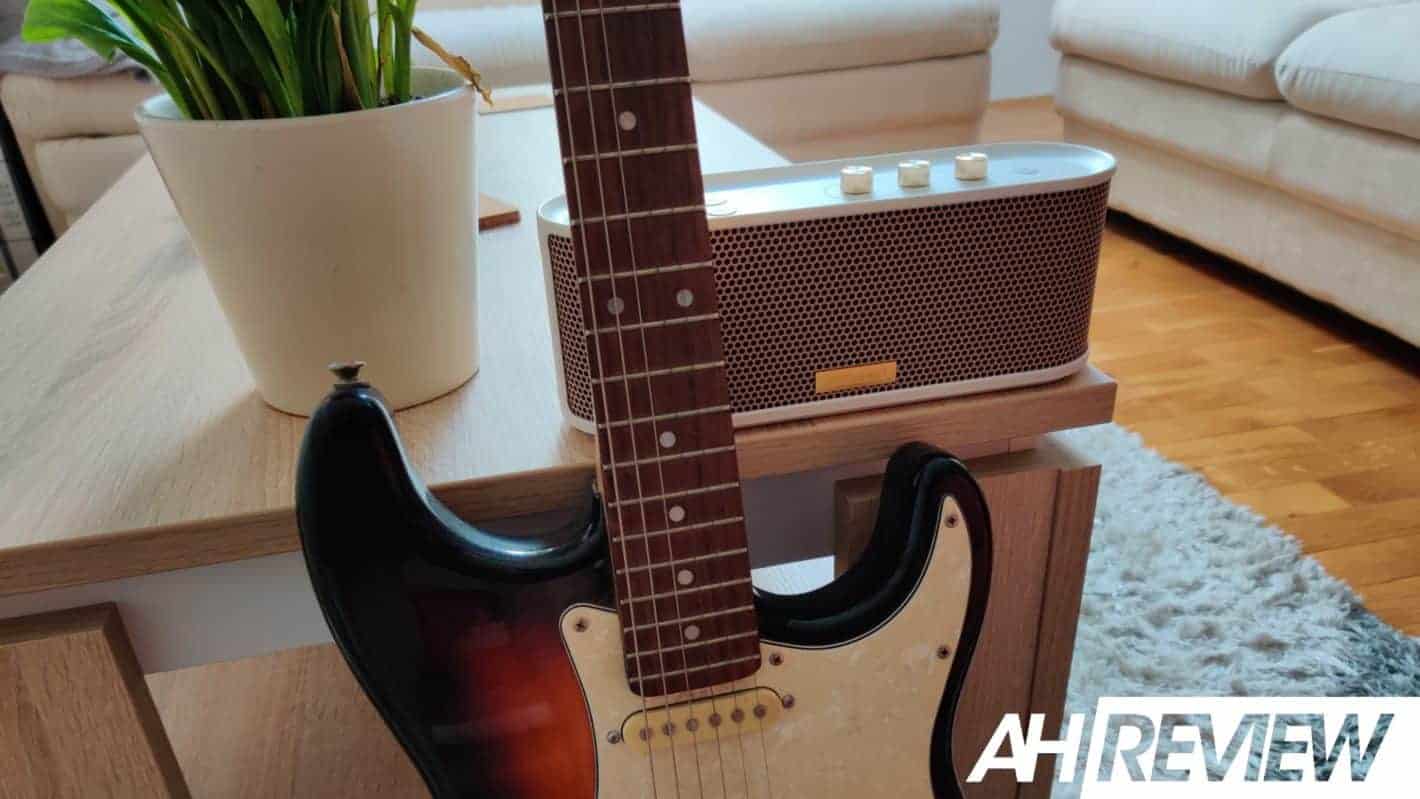 The Roland BTM-1 is one of the company's newest Bluetooth speakers. Pretty much every audiophile has heard of a company named Roland. Even if you don't consider yourself an audiophile, it's quite possible you've heard of this company. This Japan-based company has been making musical equipment since 1972. The company manufactures electronic musical instruments, electronic equipment, and software.

Truth be said, I had high hopes for the Roland BTM-1, simply because it comes from Roland, and the speaker did not disappoint. I'm not a fan of its color, but that's just my personal preference. The speaker is well built, and it delivers in a number of areas.

No, this is not a smart speaker, so if you're looking for that, this product is not for you. It is a great standalone Bluetooth speaker, and also a really nice, portable guitar amp. It covers all bases with its included ports, and it even offers some extra controls if you'd like to find-tune its sound if you're learning to play guitar.

The design is spot-on… if you like its color 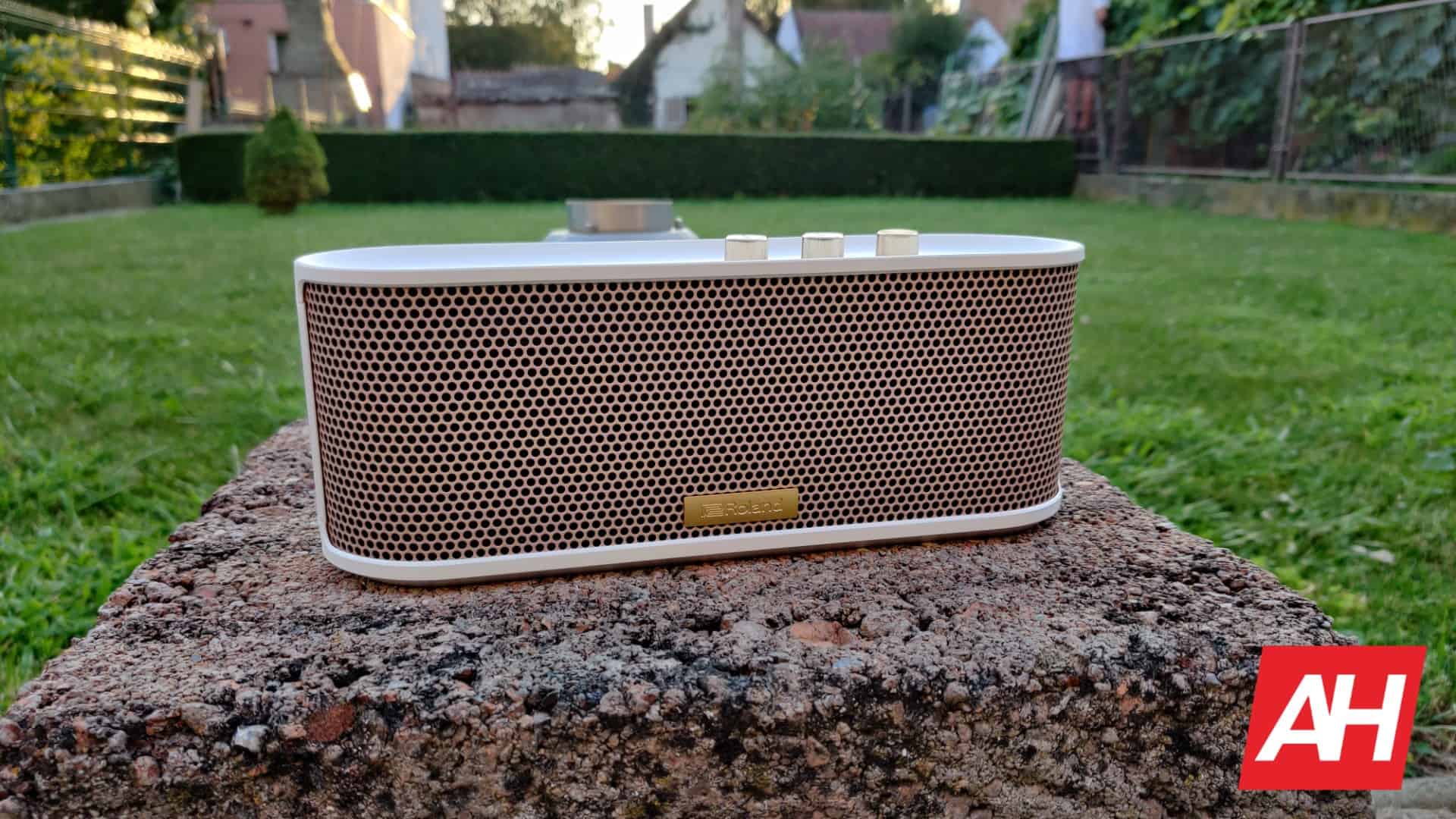 This speaker is 100mm tall, 264mm wide, and its depth is marked at 78mm. The company opted to combine white, gray, and gold colors for the design of this speaker. That is not my preference, to be quite honest, but many people seem to like it. More color options would be nice, though.

You will find plenty of physical keys / knobs at the top of the Roland BTM-1. In addition to your regular, power on / off, Bluetooth, and volume up / down buttons, some audio fine-tuning buttons are also included. You'll find gain, tone, and level knobs up top, in addition to a dedicated FX button.

As far as connectors are concerned, there are four here. In addition to a micro USB charging port, and a regular 3.5mm headphone jack, the company also included an aux-in jack, and a 1/.4-inch port. Roland also included two 4W speakers on each side of the BTM-1, and two passive radiators as well. 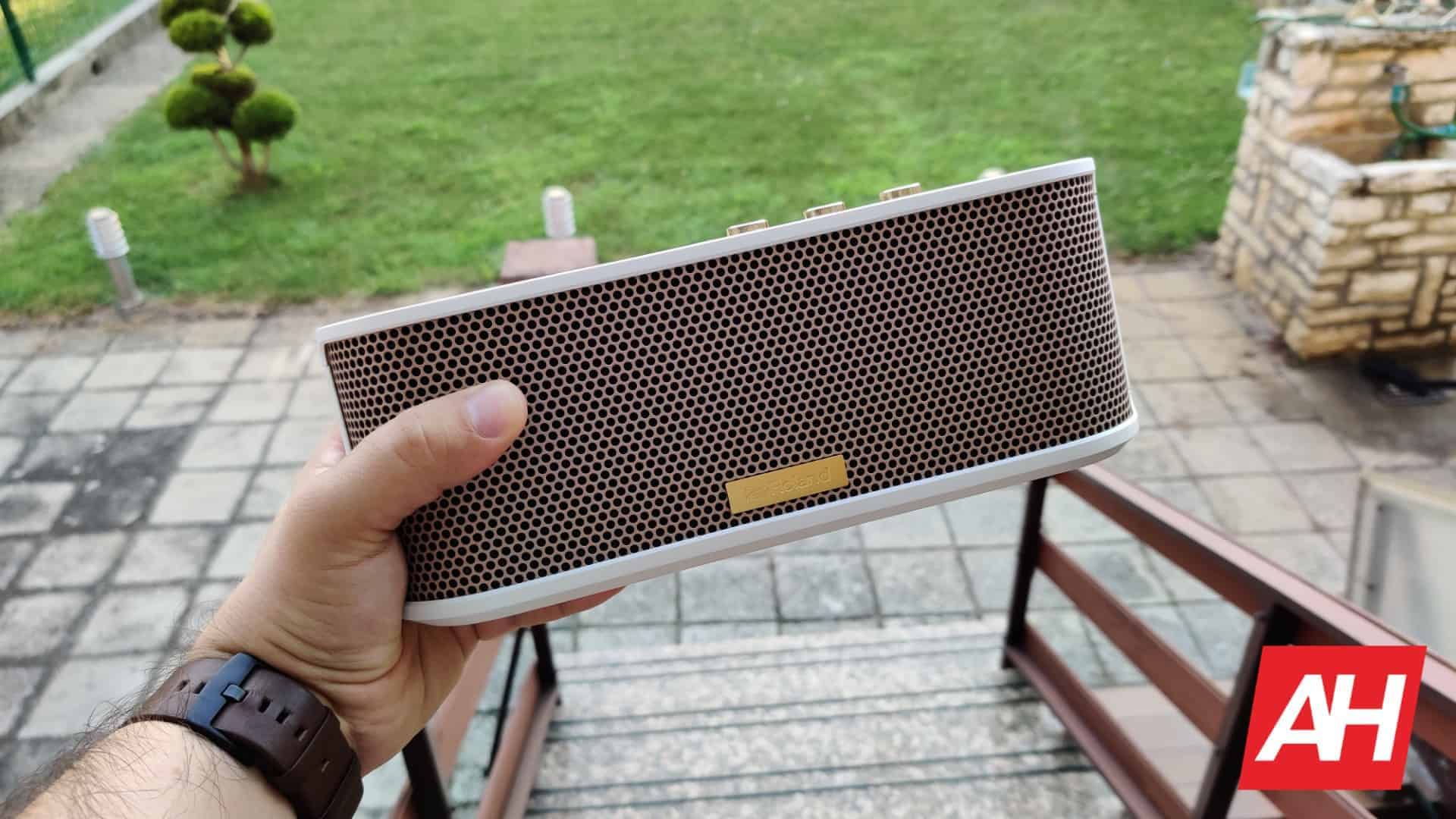 This is a speaker after all, so… is it any good? Well, yes, very much so. I haven't really used that many Roland products, but the ones I have, did not fail. The same can be said for this Bluetooth speaker.

You're getting two 4W speakers here, and two passive radiators to go with them. These are 15cm (2 inches) speakers, each. The speaker supports A2DP and AVRCP profiles, and uses SBC codec.

Highs and lows are really good, while the speaker can actually offer quite a bit of bass as well. The sound is a bit on the bassy side, to be quite honest, so if you prefer that, you'll be right at home here.

The speaker can get quite loud, but not extremely loud. That may not be a bad thing, as getting any louder would probably cause in some serious distortion. You will not hear much sound distortion here, if any, when you tune the volume up. The sound is actually quite sharp and on point.

Do note that this speaker is mostly meant to be used indoors, it will not have much of an impact outdoors, even though it's good enough for that as well. Just note that this is not a rugged speaker or anything of the sort, it's not water-resistant, nor is it meant to be dropped on the ground.

It's a guitar amplifier as well 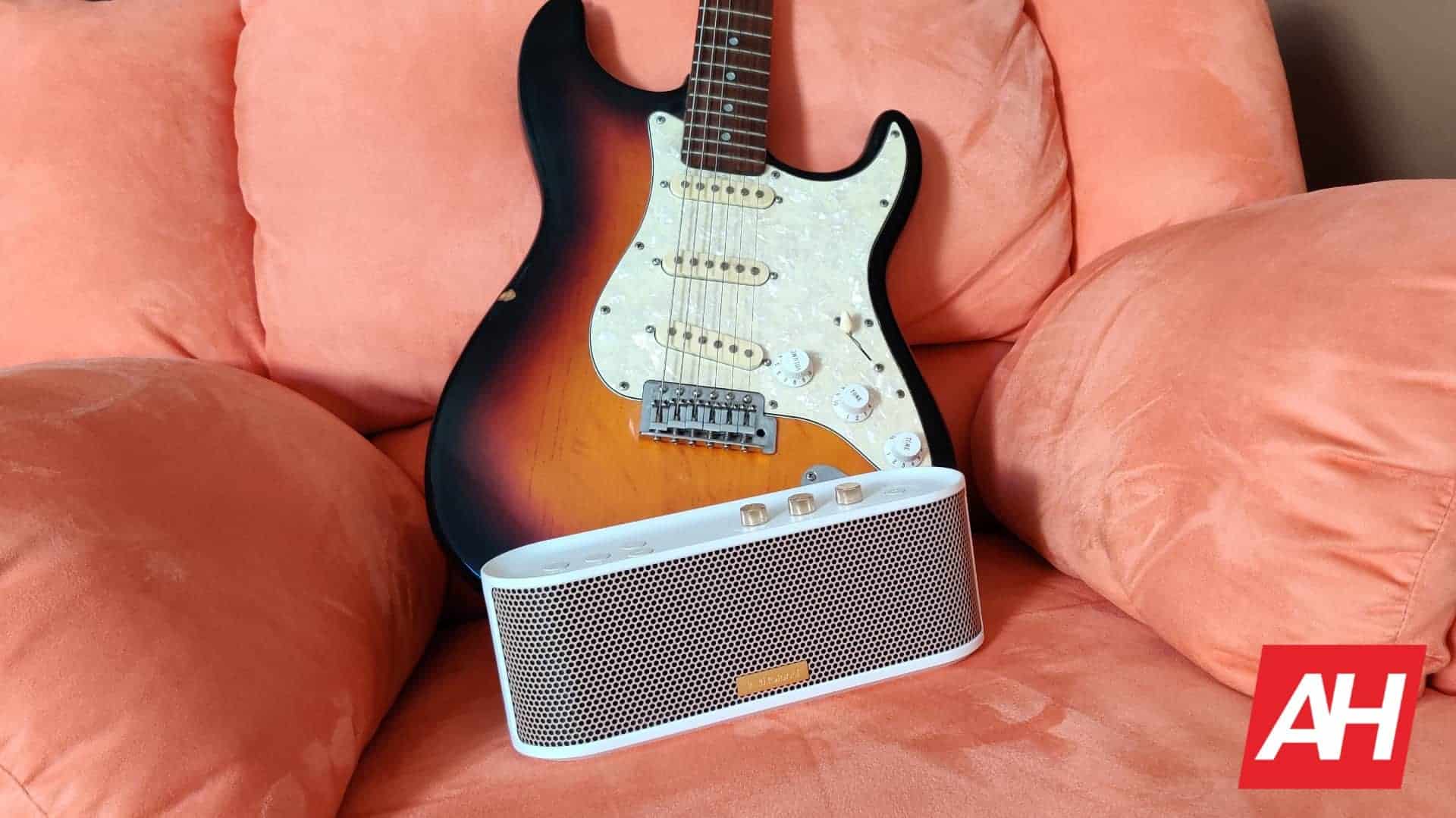 I personally do not play guitar, so I had to give the speaker to a buddy of mine for a couple of hours to check it out. He basically said that it's great for what it is, a small, portable guitar amplifier.

Those three knobs at the top of the speaker are meant to be used when the guitar is plugged into the speaker. You can mess around with gain, tone, and level, though you won't hear much difference. You may hear some, but don't expect miracles. That's at least the information I was given from the aforementioned guitar aficionado.

Battery life is more than decent 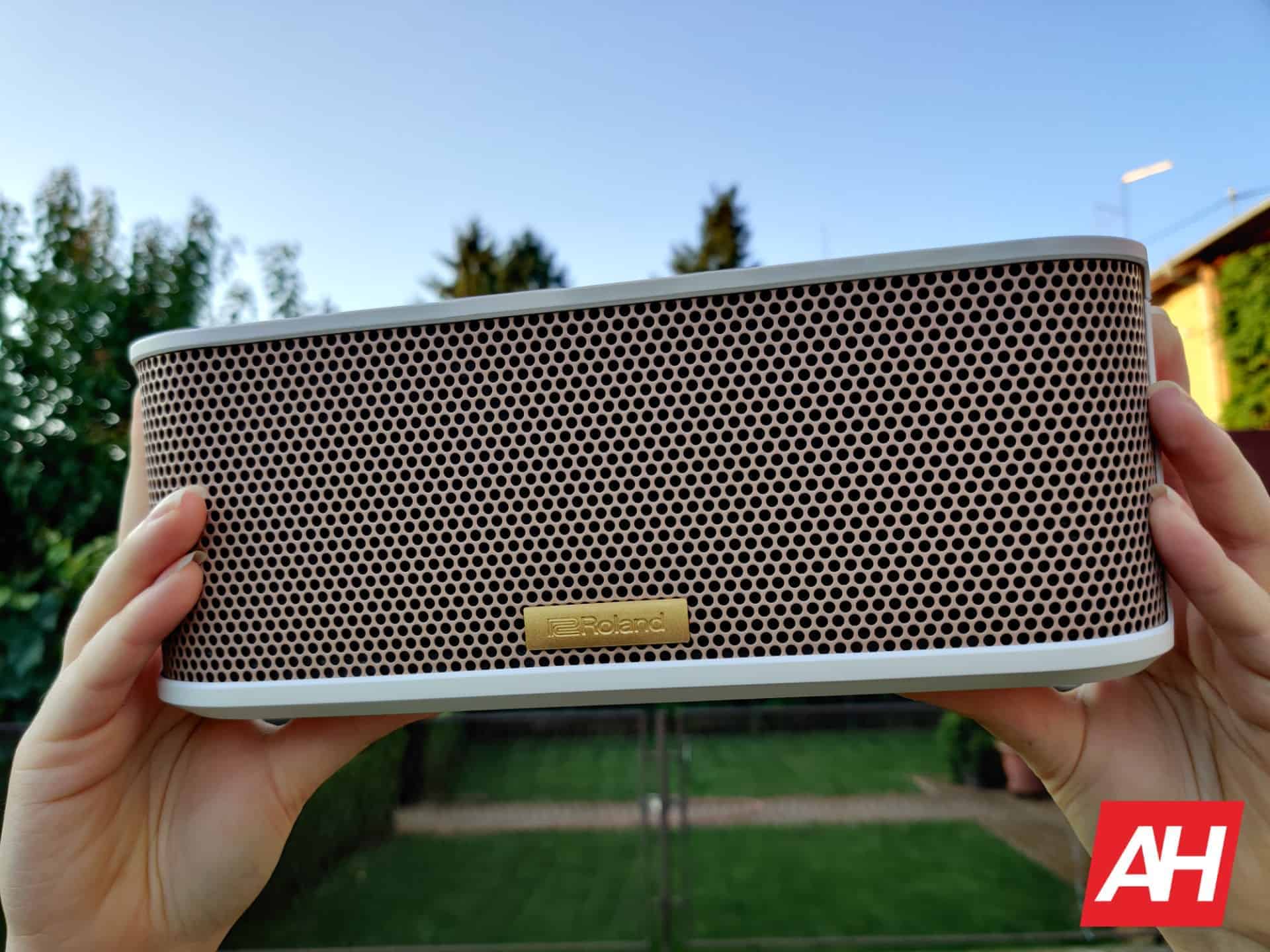 The Roland BTM-1 has a single lithium-ion battery on the inside, but the company did not provide the exact battery spec. In other words, we don't know this battery's capacity. Roland says that the battery can handle about six hours of streaming via Bluetooth, and that's just about right.

We managed to get over six hours with volume at about 60-percent at one instance, when six and a half hours of music playback was reached. In another instance, we got to about six hours and five minutes.

If you fire up those speakers to max volume, you will get less music playback, of course. So, if you keep that at 100-percent at all times, you'll get less than six hours for sure. We haven't really tried it, but based on our usage and power draw, that sounds about right.

A regular micro USB cable for charging is available in the box, and you can either plug it into a USB-A port, or into a USB AC adaptor (5V/2A or higher).

It's a great Bluetooth speaker overall 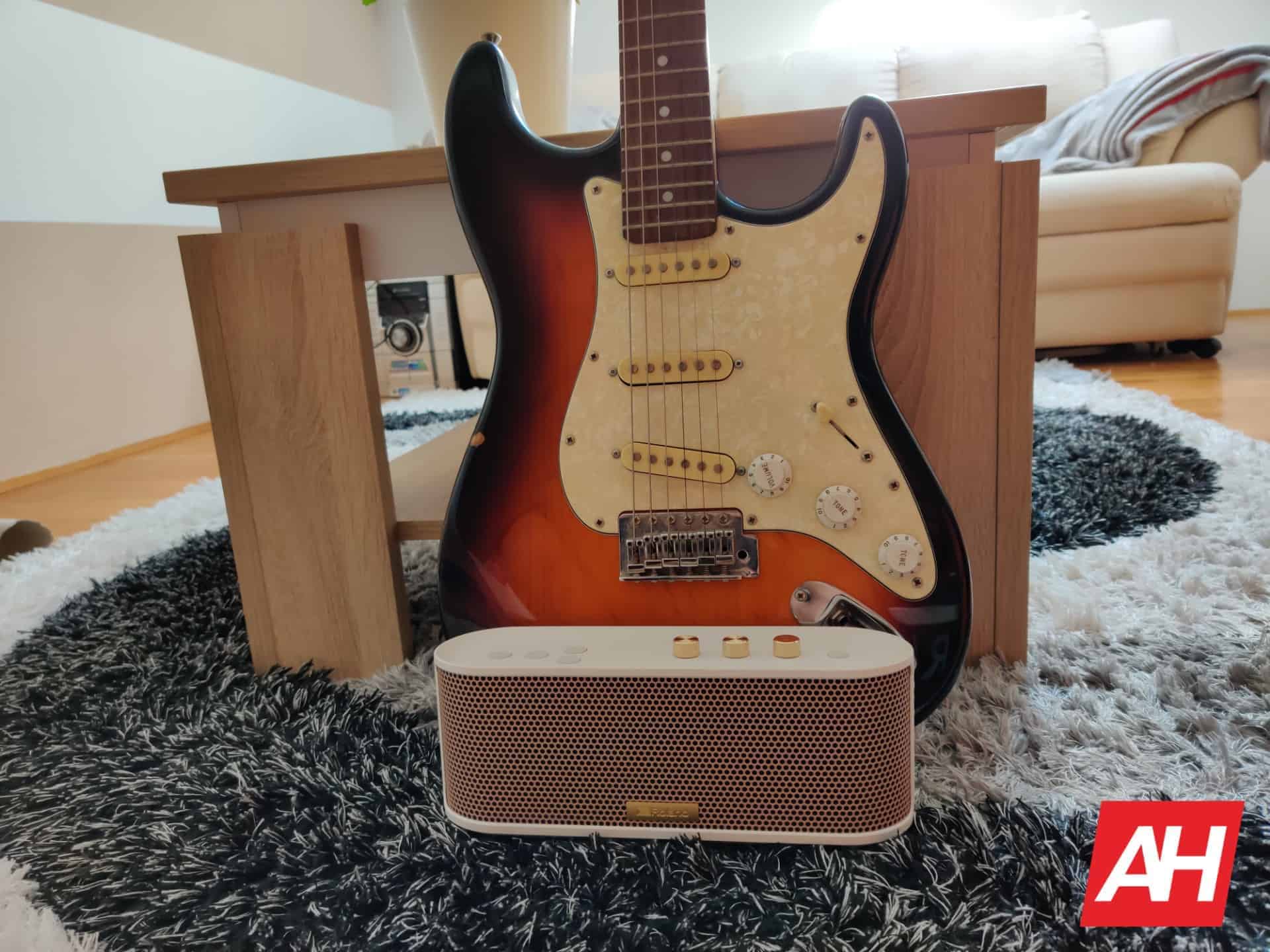 The Roland BTM-1 can be purchased for $195 from Amazon (link included down below). The question is, is it worth the asking price? Well, with an almost $200 asking price this is not one of the most affordable Bluetooth speakers in the market.

If you're planning to use its guitar amplify capabilities, or play keyboards while attached to it, for example, then sure… go for it. There are not many such speakers available in the market, and this is one of the better ones.

If you plan to carry this speaker outdoors often, and don't really care about its amplify capabilities, there are better options out there. I say this primarily because of the fact this is not a rugged speaker. The Roland BTM-1 is not water-resistant, or anything of the sort, either.

As a standalone speaker, it's really good, offer excellent sound quality, and sturdy build. So, if you don't really care about water resistance, don't mind paying $200, and look for a great sound… the Roland BTM-1 is an excellent choice.