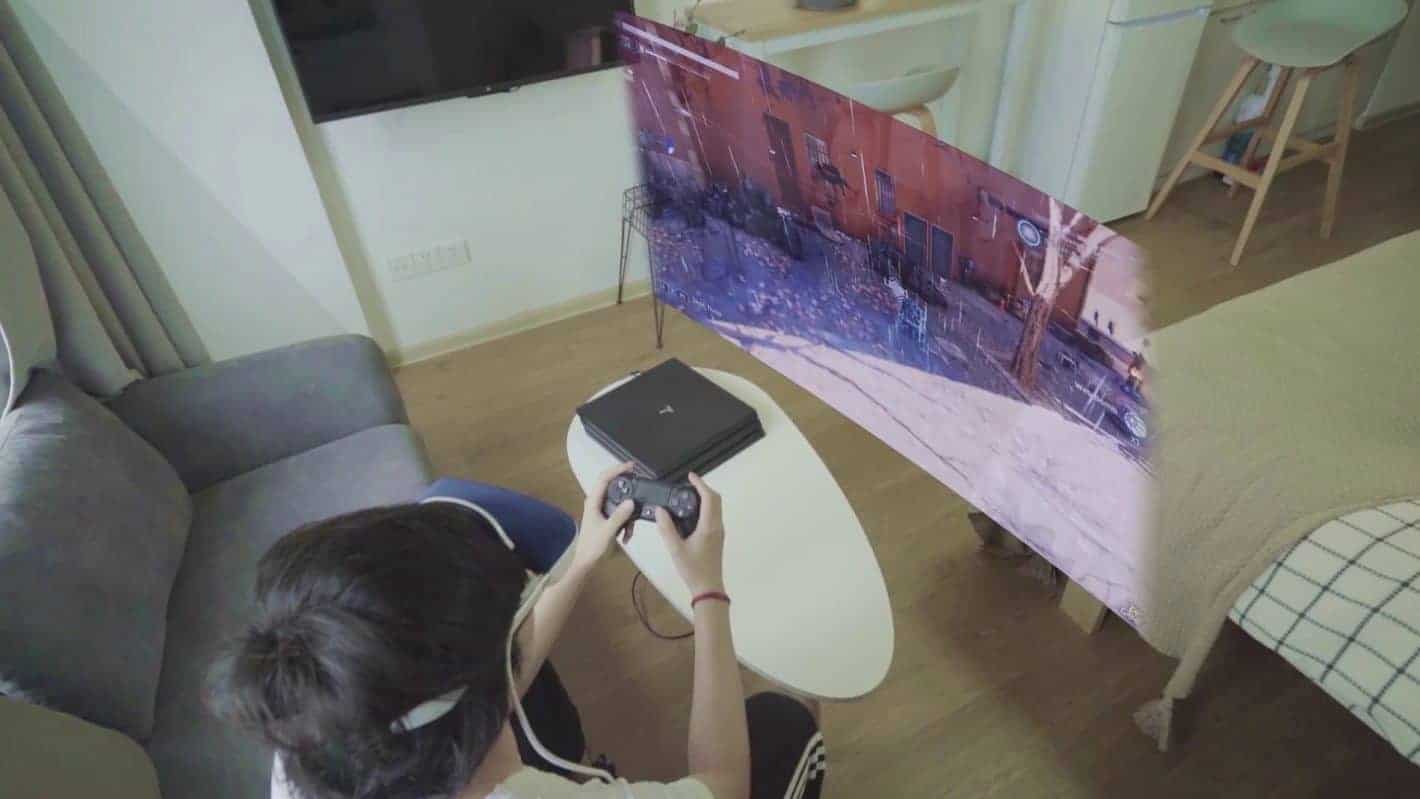 DreamGlass Air AR Glasses picks up where a lot of other AR glasses have left off. Up to this point, it seems that most AR glasses focus too closely on performing one type of function. We’ve even seen some AR glasses that aren’t augmented reality spectacles at all, rather, they’re a different way of listening to music or answering a phone call. At $269, Dreamworld AR is aiming the DreamGlass Air to be much more than a single-function product. It’s aiming to place a virtual TV on your face to perform any function you need.

Here’s how it works. These 5oz glasses sit on your face in a way that normal glasses would, but the special angles lenses up front appear to “project” a virtual television in front of you that appears to be up to 200-inches diagonally. This “augmented reality” experience is one that only you can see, though. There’s no weird camera up front and no projector to get in the way either.

The “screen” itself is approximately 2.5K resolution and has a 90-degree field-of-view, making it twice the FoV of many other AR glasses and more equivalent to a VR experience. You won’t have to dock your phone onto your face either. Rather, the experience is powered by a wired or wireless connection from anything that you want to use. Mobile phones, tablets, PCs, Macs, and even drones or game consoles can easily hook up to the DreamGlass Air, and it makes the portable theater-like experience all the more impressive.

Like other AR glasses, the lenses are transparent and don’t impair your vision. The lenses work to protect eyes by blocking blue light and virtually projecting objects at a distance, eliminating the eye-strain that’s caused when regularly holding objects less than 0.3 meters away.

It even folds up nicely and is easy to transport, making it an excellent traveling companion. 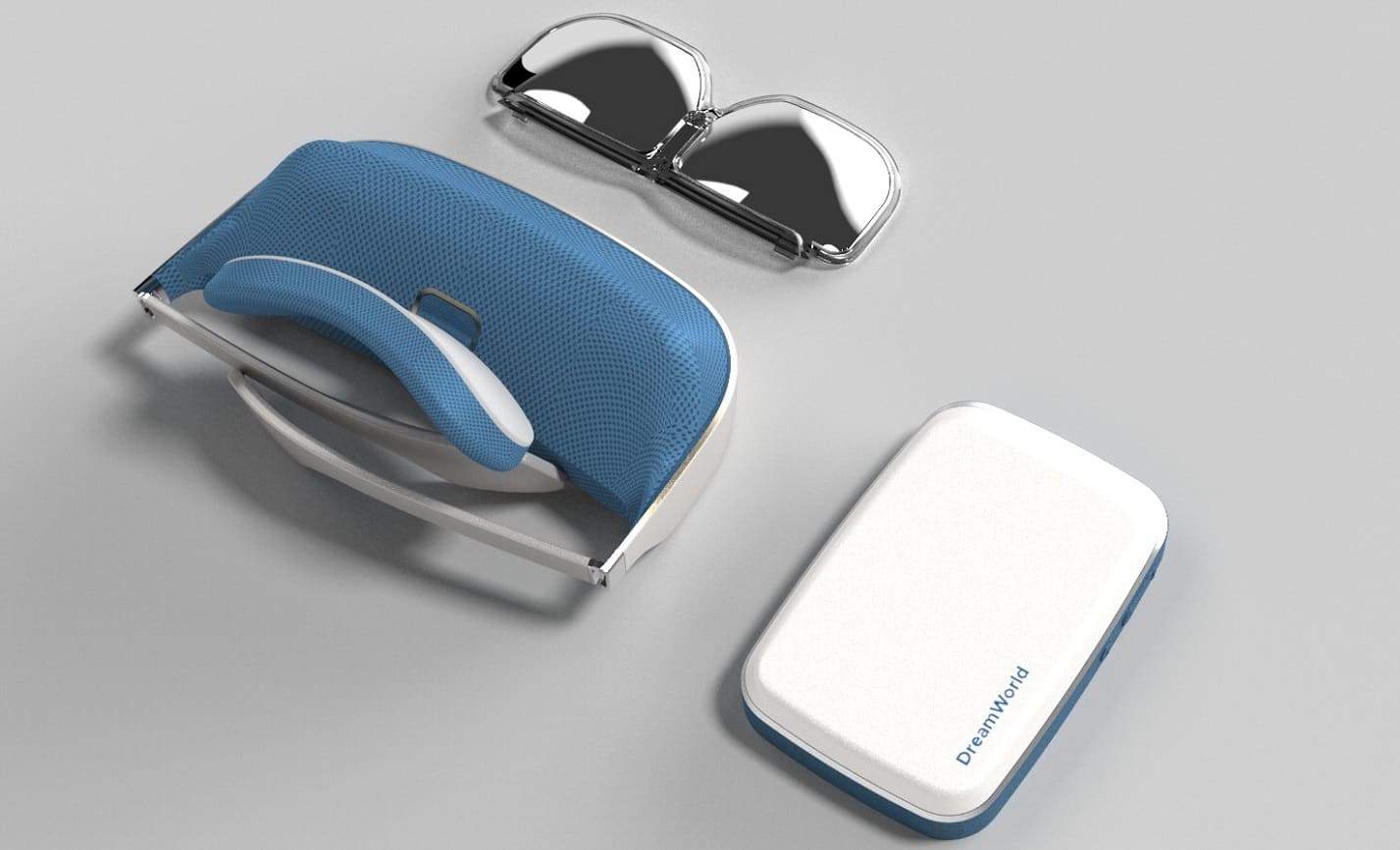 Today is the beginning of the Kickstarter campaign, but unlike some other Kickstarters out there, this isn’t Dreamworld’s first rodeo. The DreamGlass 1 has been on the market for well over a year and the feedback Dreamworld AR has received from that product has enabled them to make the best next-generation model possible.

What caught my eye, in particular, was the ability for anything to hook up to DreamGlass Air with a simple HDMI or USB Type-C cable. This takes the question of wireless protocols and compatibility out of the equation and keeps it simple for most use-case scenarios. Maybe you want to play the latest Call of Duty but don’t want the little ones to see all that violence and language that’s usually wrapped up in mature-rated games? Maybe you’re just trying to watch a higher-than-G-rated movie on an airplane or bus and don’t want others spying in on your enjoyment?

Then there’s also the more utilitarian ways of using the DreamGlass Air. Cooking, hands-free with instructions virtually beamed in front of your face would be a welcome addition for many folks. Browsing your phone and watching videos is a more seamless experience since the video can be projected to the DreamGlass Air instead of requiring you to rotate your phone and use the entire screen.

The Kickstarter campaign was funded in a whopping 5 minutes today, and units are expected to ship in December.