PUBG Mobile is getting infected with zombie as part of a new content update to the game launching today. Players of the mobile adaption of the smash hit battle royale game will be in for some rather exciting new game features. Most notably, the inclusion of a new Zombie mode called Infection.

Zombies have already been a part of the game prior to today’s update. The Zombie mode was added into the game as part of the Resident Evil 2 collaboration that Tencent added to the game earlier this year. This mode required players to work together to fend off waves of encroaching zombies until dawn.

Similar to zombies in Left 4 Dead and Left 4 Dead 2, the zombies in Infection mode will have unique special abilities to help them infect the defenders. These are on a cooldown so you won’t be able to use them continuously. You do however get melee weapons to use as well, so you can still take down defenders that way.

Defenders on the other hand will protect themselves with firearms. That said, Tencent does not mention if firearms will be immediately in the possession of Defenders once the match starts. Presumably, players would still need to scavenge for some useful items. It’s also possible that all weapons on both sides will need to be found.

Treasures Of The Seven Seas 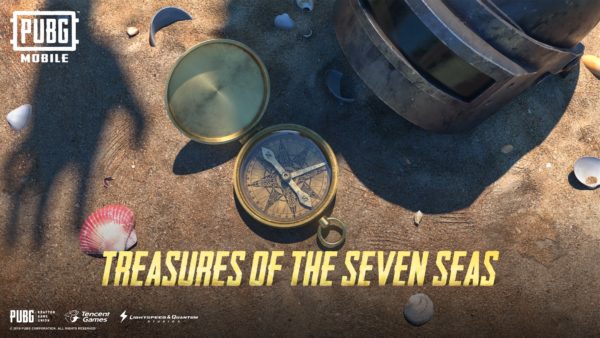 Infection mode is not the only new content being added to the game with today’s update. The Sea Treasures theme is continuing, and as part of that continuation the in-game main menu will have a new backdrop. Players will also notice new in-game items that are part of this theme that can be acquired.

In addition to a new theme changes, PUBG Mobile players can also participate in the game’s treasure hunt. This new pirate-esque feature lets players globally search for special in-game treasures, such as compasses made of gold, silver, and bronze. Collecting these will earn players rewards, but the true payoff is the million dollar prize pool. For now Tencent hasn’t shared more information on that particular detail, but it’s pretty self explanatory.

The game’s Royale Pass is essentially a marker for helping to distinguish each season. Having the pass opens up the chance to unlock new rewards, and the items associated with season 8 have been restocked as part of this update. This means players have another shot at getting some of the items they may have had their eyes on.