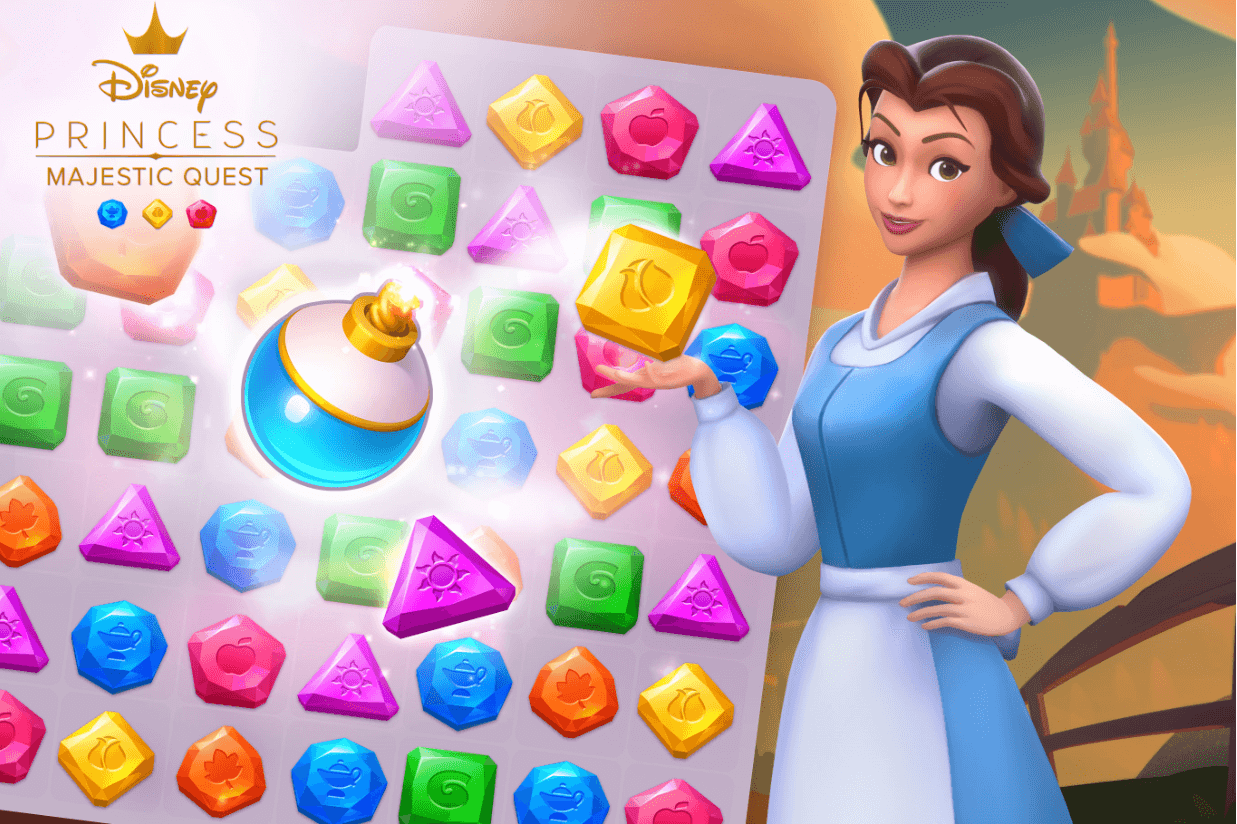 If you grew up loving every Disney princess, then Disney has a new game for you. Pre-registration is live for Disney's new princess puzzle game, co-developed with Gameloft. The game is officially called Disney Princess Majestic Quest, and it's a match 3 puzzle game that requires you to match up colors of gems to remove them from the board.

You can pre-register for the game from both Google Play and the landing page on Gameloft's website. Doing so will open up the chance at rewards, though these will only be given out if the milestones are met. There are three in total, with the first one being tossed out if 300,000 people or more pre-register for the game. This reward will be 100 coins, which is probably the in-game premium currency, in addition to an "amazing booster."

As to be expected the game will feature prominent Disney princesses and some of the characters associated with them in their respective films. There appears to be some sort of a backstory that revolves around saving the kingdom of each princess, though it's not clear how fleshed out the stories will be.

It's also not clear how many Disney princesses will be included in the game. It's promotional material and the gameplay trailer only show off Belle and Jasmine, and Gameloft mentions Ariel. More recent films such as Frozen showcase characters like Elsa, who doesn't appear to be in the game. More characters could simply be left out of any promotional imagery or they could be planned for additional content releases.

Global launch for the game is probably going to be in the near future now that pre-registration is live. However, neither Gameloft nor Disney has mentioned anything about the game's launch date. Also worth mentioning is that pre-registration just went live as of today. Which means the period between it an launch could be more than a month or two. Diablo Immortal, for example, has been available for pre-registration for ore than half a year.

While Majestic Quest will no doubt have its own unique elements to draw in players, it's a match 3 puzzle game. Most games in this genre are similar enough to at least make gameplay familiar. At worst, the theme is the only thing that distinguishes some match 3 games from others.

At the very least, Majestic Quest will be a popular hit with anyone who grew up watching Disney films like Aladdin, The Little Mermaid, and Beauty and The Beast. Given the Disney princess theme it's also sure to be a big hit with kids should their parents allow them to play mobile games.

Disney Princess Majestic Quest will very likely be a free game with monetization relying on in-game micro-transactions. Which means will probably want to keep a close eye on their kids when they're playing this one.