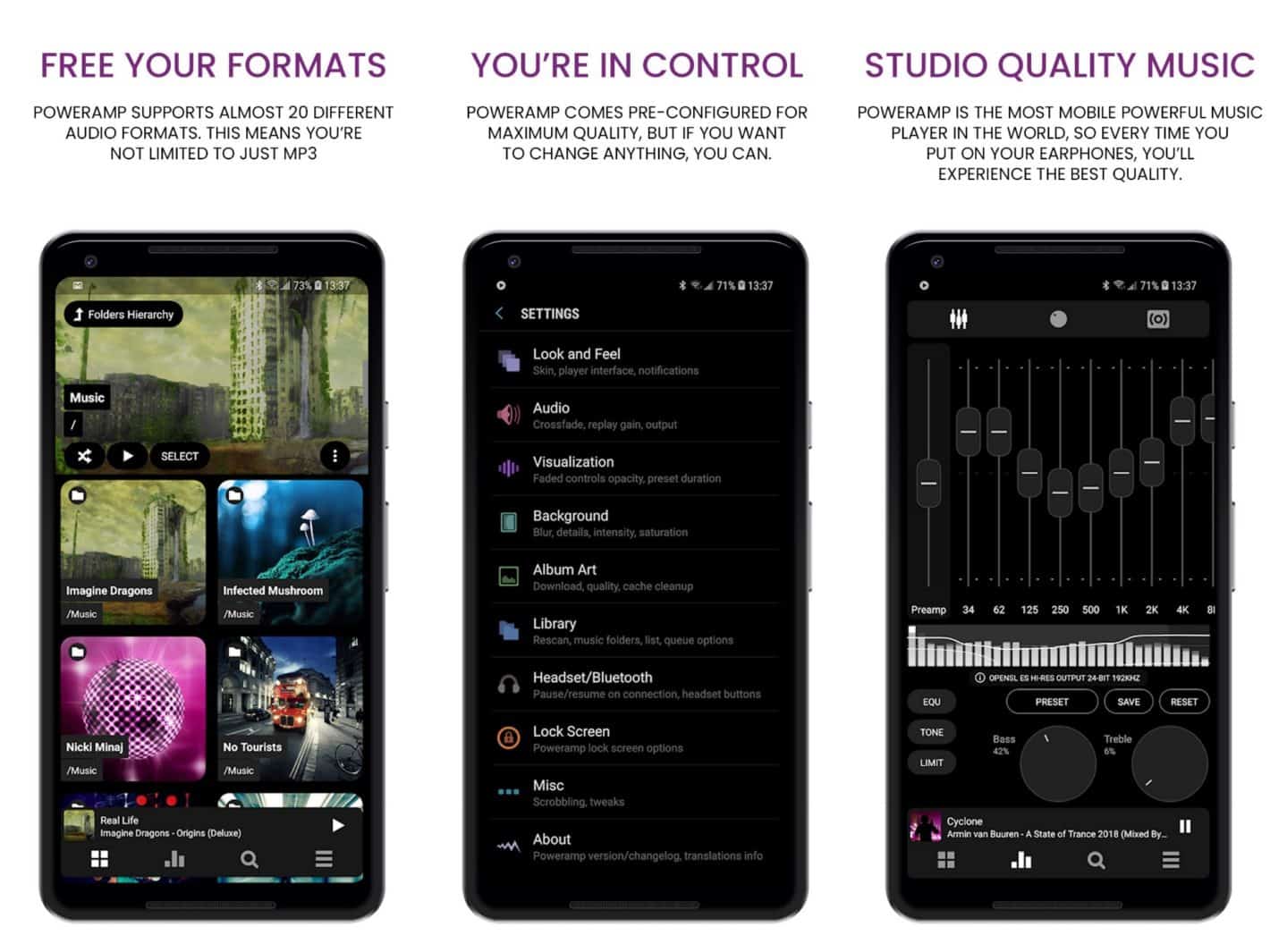 Well, other apps did catch up in the meantime, but this app is still alive and kicking. Poweramp has just released a brand new version of the app with many improvements, Poweramp 3.0. The company released a statement on Medium in order to announce this new variant of the app. Before we get to it, it is worth noting that Poweramp 3.0 beta was released a year ago. It took the company quite a bit of time to bring out a stable version, but it's now here.

The company says that it worked for nine years in order to create "the only mobile music player that's sound quality mimics the same audio quality of a recording studio". That's a bold statement indeed.

In addition to improving Poweramp's audio output capabilities, the company put some other features to the table with this app. One of the main features of v3.0 is the app's support for various audio files.

Poweramp now supports almost 20 different music file types. Those file types include: mp3, mp4/m4a/alac/aac, ogg, wma, flac, wav, ape, wv, tta, mpc, aiff, opus, dsd (dff/dsf), mka, tak, and flv. In its press release, the company even states that a reason for such wide support is because mp3 is "trash". Well, that's an unexpected statement, but kind of a correct one, mp3 cannot hold a candle to something like flac, for example.

On top of everything, the company also included Google Services support in this version. Poweramp now supports Android Auto, Google Assistant, and Google Chromecast. The company even acknowledges that they're a bit late to the party on that one, but they're here now.

Poweramp 3.0 support MilkDrop to boost its visualization functions. It is also noted that your phone / tablet needs to run at least Android 5.0 in order to be compatible with Poweramp 3.0. This is not exactly surprising, many other popular apps had to draw the line somewhere in order to offer the best product possible.

Official Q&A is available as well

Now, if you check out the source link provided in the first paragraph, you'll be able to get more info in form of Q&A. The company actually decided to answer some questions for users. Those questions may have been provided by users, or created by the company, but in any case, they're there.

In the gallery down below you can check out the look of Poweramp 3.0, along with some of its options. It is worth noting that this app comes in two variants. You can try it out by installing the trial version, and if you like it, a full license costs $3.99. Links to both variants are included down below.