Having said that, towards the end of the year, the company is expected to announce its next-gen processor, the Snapdragon 865. That chip is expected to fuel flagship smartphones in 2020.

In any case, this chip appeared on Geekbench under “Qualcomm Kona” name. Test device that runs this processor is also running Android 10, reports Geekbench. Android 10 is, of course, Google’s upcoming Android Q iteration of Android.

This processor managed to his 4,149 points in the single-core benchmark, and 12,915 points in the multi-core one. That multi-core score beats out pretty much every smartphone that got tested on Geekbench up to this point.

The phone that was used for this test also has 6GB of RAM, and the listing does reveal that we’re looking at a 64-bit octa-core processor, as expected. It is worth noting that this is probably just a test device, not an actual upcoming smartphone.

Qualcomm’s usually releases its flagship processors in December, in Hawaii. So, that will probably happen this year as well, with the Snapdragon 865, or whatever the company opts to call its next-gen processor.

The Snapdragon 855 is included in quite a few smartphones at the moment, and the same will probably happen with its successor. Tons of smartphone manufacturers use Qualcomm’s flagship processors, including Samsung, Xiaomi, OPPO, Vivo, Motorola, OnePlus, and many more.

No info has been shared thus far, but the Snapdragon 865 is expected to support LPDDR5X RAM, at least according to rumors. That chip will also support UFS 3.0 flash storage, and HDR10+ standard.

Chances are this will be a 7nm processor, just like the Snapdragon 855. The Snapdragon 865 is expected to be manufactured using Samsung’s 7nm EUV processor with high throughput. That is pretty much everything we know at this point.

You can expect all the usual characteristics here as well, like support for 4K displays, supports for multiple cameras, and so on. Qualcomm is expected to surprise us in some ways as well, though we cannot even begin to guess in which areas.

The Snapdragon 865 is expected to bring improvements in both the performance, and power consumption categories, compared to its predecessor. No info leaked just yet, but that happens pretty much every year, so it is to be expected.

Qualcomm has been the most popular manufacturer of flagship-grade mobile processors for quite some time now. Companies have been using its flagship chips for years, intensively, and even though Samsung’s Exynos and Huawei’s Kirin processors are really good, though chips are for the most part used by those two companies only.

Samsung did allow other OEMs to use its chips, but only several of them have. It remains to be seen if either of the two companies plan to branch out moving forward, and create more pressure for Qualcomm while at it, as the US-based company is unrivaled at this point in the mobile market. 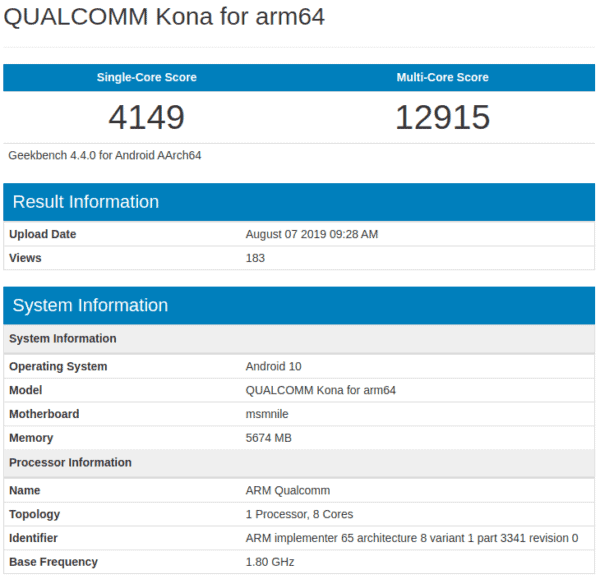