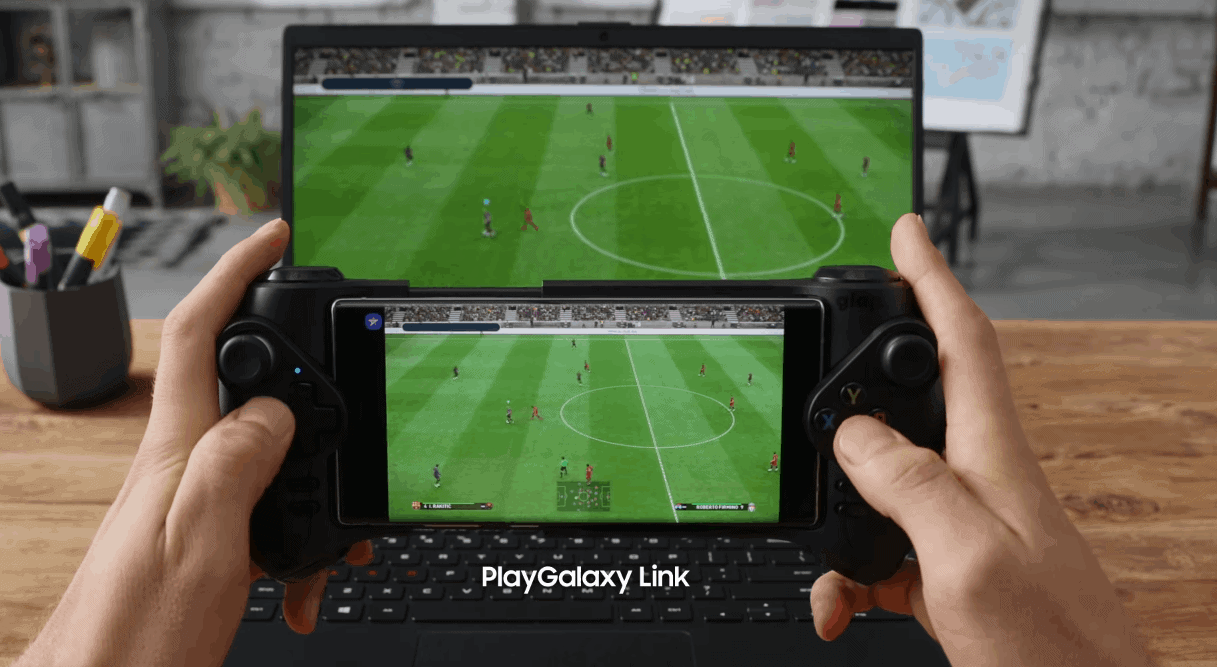 Samsung was keen on making the Galaxy Note 10 a gaming powerhouse for mobile gamers and so far it seems to be delivering. With features like the vapor chamber cooling system and the Game Booster technology that’s powered by artificial intelligence, it seems things couldn’t get any better. They can, and they have. Samsung has officially announced PlayGalaxy Link, a new app and technology for the Galaxy Note 10 that connects it wirelessly to a PC so you can stream your games to your phone.

Think of this like Samsung’s version of Steam Link, which is an app you can download on just about any Android device that allows game streaming from your connected PC to your Android device. PlayGalaxy Link seems to be a pretty seamless affair, judging by the video, and all it takes is a couple of quick taps to establish a connection between the app on the PC and the app on the phone so you can pick up your gameplay where you left off.

You would think that this might only work as a way for you to play games on the Galaxy Note 10 or Galaxy Note 10+ while on the same network as your PC, but you’d be wrong. PlayGalaxy Link is a P2P service for streaming the games and it works over a wireless cellular connection too, which means if you’re playing a quick match of something at home and then have to head out, you can still continue playing through the Galaxy Note 10 after you leave, which is perfect if you have long commutes.

PlayGalaxy Link is part of Samsung’s efforts to expand its Galaxy ecosystem, which includes wearables and a series of PC-related accessories and tools that all tie into the lineup of Galaxy smartphones.

PlayGalaxy Link is so far the only part of this venture that targets gamers, but we have been told recently from a source that claims to be familiar with the details of the Galaxy Note 10 and Samsung’s increased drive to push into the gaming sector, that it has a partnership with Microsoft that will allow the Galaxy Note 10 to play Xbox One games and stream games in a similar fashion to Stadia.

While there hasn’t been any confirmation on that so far from Samsung, it would certainly make the Galaxy Note 10 a much stronger contender in the eyes of gamers. Beyond gaming, Samsung announced a continued partnership with Microsoft to unify computing, which includes things like apps specially designed to help with productivity that will be integrated with the Galaxy Note 10 and Galaxy Note 10+.

There was a new DeX dock set of features announced for use with the Galaxy Note 10 as well, which adds the ability to integrate it with laptops and add in some other features that the Galaxy Note 10 will be able to take advantage of. Still, if you’re a gamer than the most important stuff about Samsung’s new phone might be the gaming-centric features, like the PlayGalaxy Link app and the gaming hardware, or the integration with gaming chat app Discord so you can more easily chat with friends while gaming on the go.