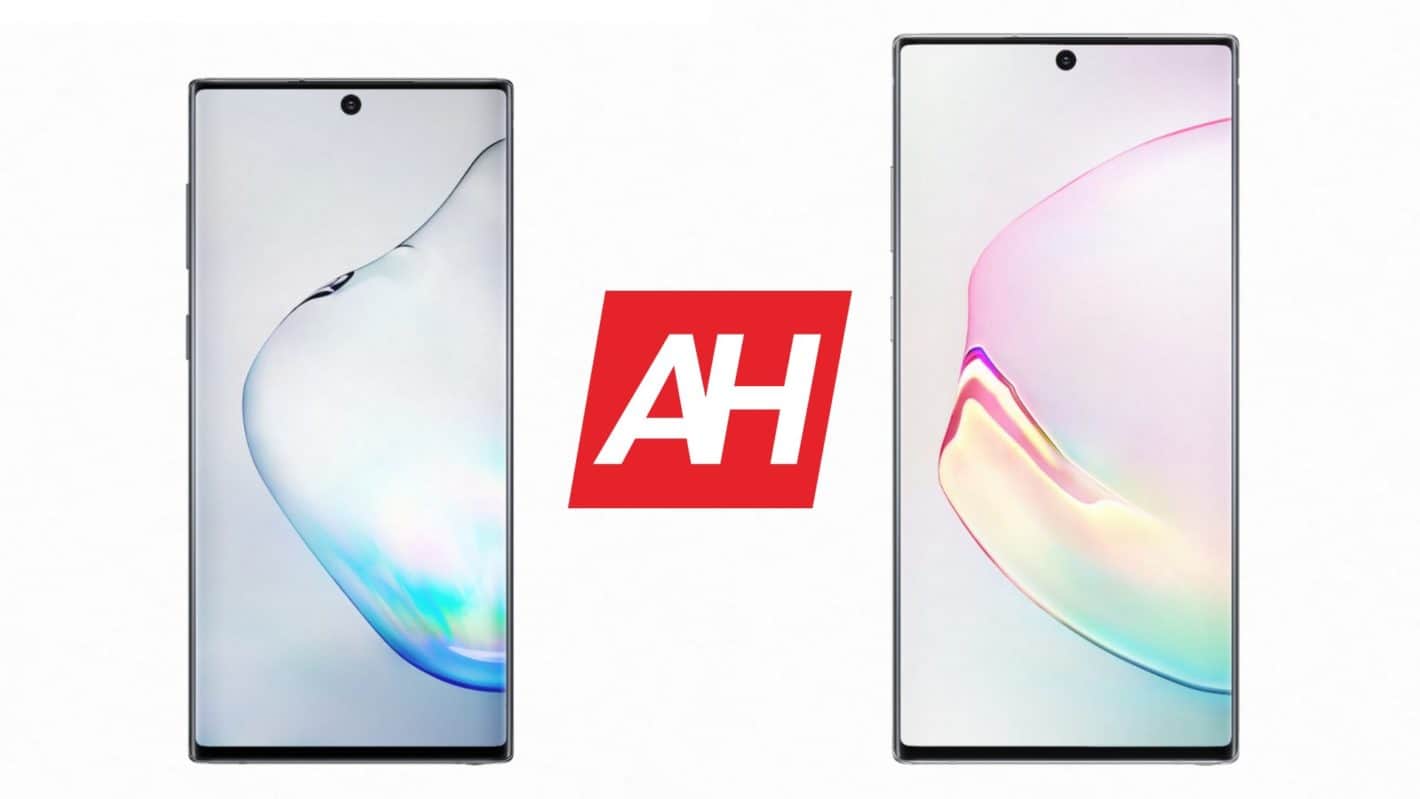 These two phones are very similar, in many ways. We've already listed their differences, and it's not time to do a proper comparison between the two devices. We've recently compared the Samsung Galaxy Note 9 and Galaxy Note 10+, so it seems only natural to compare two new Note 10 phones now.

As per usual, we'll compare them across a number of categories. We'll kick things off with specifications and design, and go from there. This will hopefully help some of you decide which phone to buy, as you may want to save some cash, and get the Note 10. 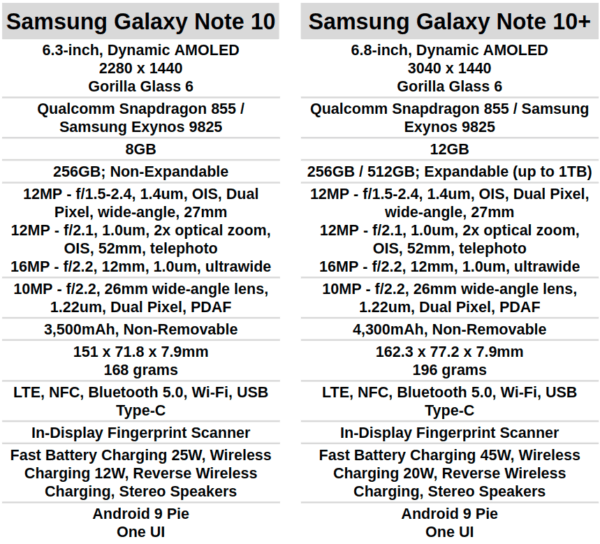 These two phones look almost identical. The Galaxy Note 10+ is larger of the two, and it has one extra camera on the back, but that's about it. Those are the only differences between the two devices.

The Galaxy Note 10+ is a bit more difficult to handle due to its size, though. Both phones are extremely slippery, and their boxy design does not help. Holding them seems to be more of a chore than doing the same with Samsung's previous flagship offerings.

Both devices include a display camera hole on the front, and that hole is centered this time around. You will also find vertically-aligned cameras on the back of both devices, while a fingerprint scanner lies below the display on both phones.

The Galaxy Note 10 and Note 10+ feature curved backs, only the very edges, though. A 3.5mm headphone jack is not a part of the design on either phone, which may be a deal-breaker for some of you.

Both phones offer displays with a 19:9 aspect ratio, and both displays are protected by Corning's Gorilla Glass 6. HDR10+ certification is also present in both cases, so you can enjoy proper HDR10+ content.

In terms of sheer image reproduction, the Galaxy Note 10+ offers more. That is not surprising considering that it comes with higher resolution, despite using the same technology. Most users, though, will not notice the difference, at all. The Galaxy Note 10's fullHD+ panel is great, one of the best, if not the best fullHD+ panel in the market.

You'll get those deep blacks on both panels, along with great contrast and color reproduction. Both displays are extremely punchy, and chances are you will enjoy using them.

So, what about performance? Well, truth be said, we cannot see the difference. The Galaxy Note 10+ does offer more RAM, 12GB compared to 8GB, but that's not noticeable in real-life usage.

We did not get much time with both devices, but the performance was on par when we used them. The Galaxy Note 10 does come with a lower-res display, so the lower RAM count doesn't really mean much. 8GB of RAM is more than enough for any smartphone, so don't worry about that.

You should not have any problems playing high-end games on these two phones. That goes for pretty much anything else you're planning to use the two phones for. It remains to be seen what will happen with performance in a couple of months, though.

We did not get a chance to fully test battery life on the two phones, but it's safe to say that the Galaxy Note 10+ will offer more in this regard. The Galaxy Note 10+ does come with a noticeably larger battery. It has a 4,300mAh unit, compared to a 3,500mAh battery in the Note 10.

Battery size does not necessarily mean much, but these two phones are extremely similar in other ways. On top of that, they will have almost identical software. The Note 10+'s display will drain more battery, but that battery size will more than makeup for it.

That is the only difference between the two devices. That fourth camera is Samsung's DeepVision unit, a ToF (Time of Flight) sensor. That camera captures depth data in pictures, in other words, provides a bokeh effect.

You should be able to get better bokeh effect on the Galaxy Note 10+, but other than that, you can expect the same camera performance. That goes for both regular and low light conditions, and video as well. The Galaxy Note 10+ will get an advantage here, though, because of the DepthVision camera.

The two devices are completely identical in the audio department. Neither of the two phones offer a 3.5mm headphone jack, which may be a letdown for some of you. Both phones do offer stereo speakers, though.

You will be able to get 32-bit/384kHz audio out of the Galaxy Note 10 and Galaxy Note 10+, while both phones come with Dolby Atmos support. Speakers on the two phones are tuned by AKG, which is also a good sign.

If you prefer wireless audio, Bluetooth 5.0 (A2DP, LE, and aptX) is supported on the two devices. All in all, audio performance is completely identical on these two phones.

If you'd like to save some cash, and you don't need a huge phone, the Galaxy Note 10 is a good option. The price difference between the two phones is not huge, though, so if you're spending that much, you may opt for the "+" model. It's up to you.