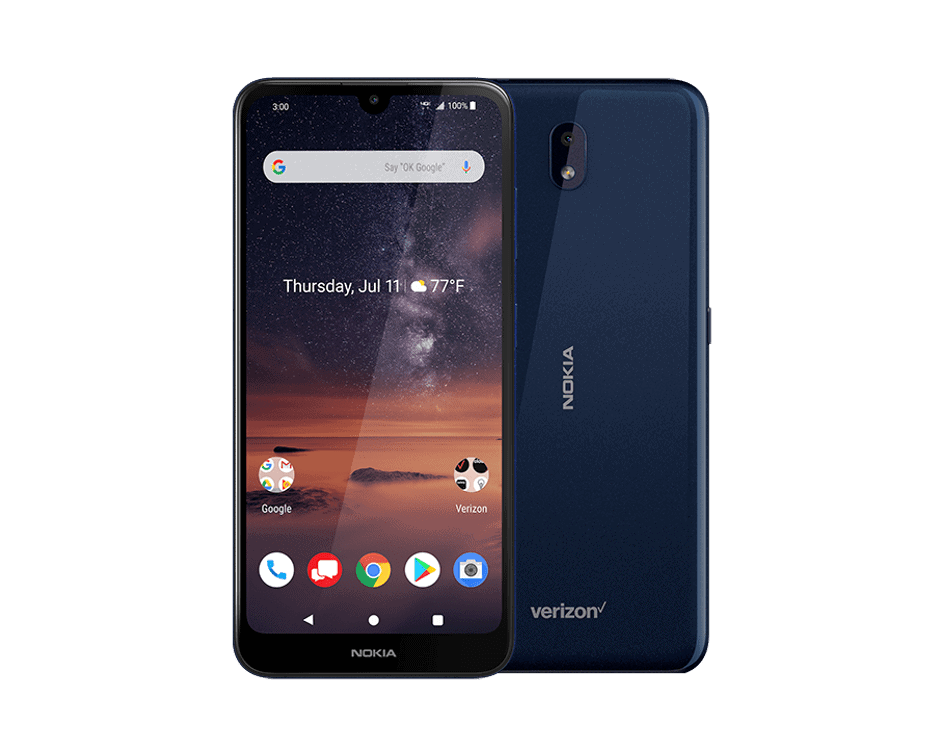 The Nokia 3V is making its way over to Verizon later this week, as the first Nokia smartphone (under HMD Global's ownership) to launch on the carrier.

It's definitely a mid-range device, and it'll cost $168 full retail. Or you can pick it up for just $7 per month on Verizon's monthly installment plan.

As far as specs go, we're looking at a 6.26-inch HD+ display along with a notch. There is a Snapdragon 419 chipset inside that powers this one, along with 2GB of RAM and 16GB of storage. HMD Global does not mention the battery size, but does say it should last up to two days on a charge.

This also uses micro USB for charging, instead of the newer USB-C port.

With most of the phones that it has launched this past year, HMD Global has added a button to the side of the device for opening Google Assistant. And that is also here on the Nokia 3V. It's similar to what LG has been doing for the past few years.

On the Nokia 3V, similar to the Nokia 3.2, the power button will double as a notification light. Which is a pretty clever way to still included a notification LED without needing to make the bezel a bit larger.

The Nokia 3V will be available in blue this time around, and there is of course Verizon branding on the backside of the device.

As expected, the Nokia 3V is going to be running on Android 9 Pie out of the box. This is the latest and greatest from Google right now, with Android Q due to launch later this month. There will also be some Verizon apps pre-loaded on the device, as expected.

Perhaps due to the Verizon bloatware, this is not an Android One device. So don't expect super quick updates from HMD Global on this one. But they should still be somewhat fast, since it is stock Android, but will need to go through Verizon's certification process.

The Nokia 3V is shaping up to be a pretty decent smartphone from HMD Global, and would make a pretty good addition to Verizon's Prepaid lineup. It's a good option for those that are looking for something cheap, that doesn't completely suck.

You can check out the Nokia 3V on Verizon's website here, it will be available for purchase this Friday, August 23 – alongside the Galaxy Note 10.