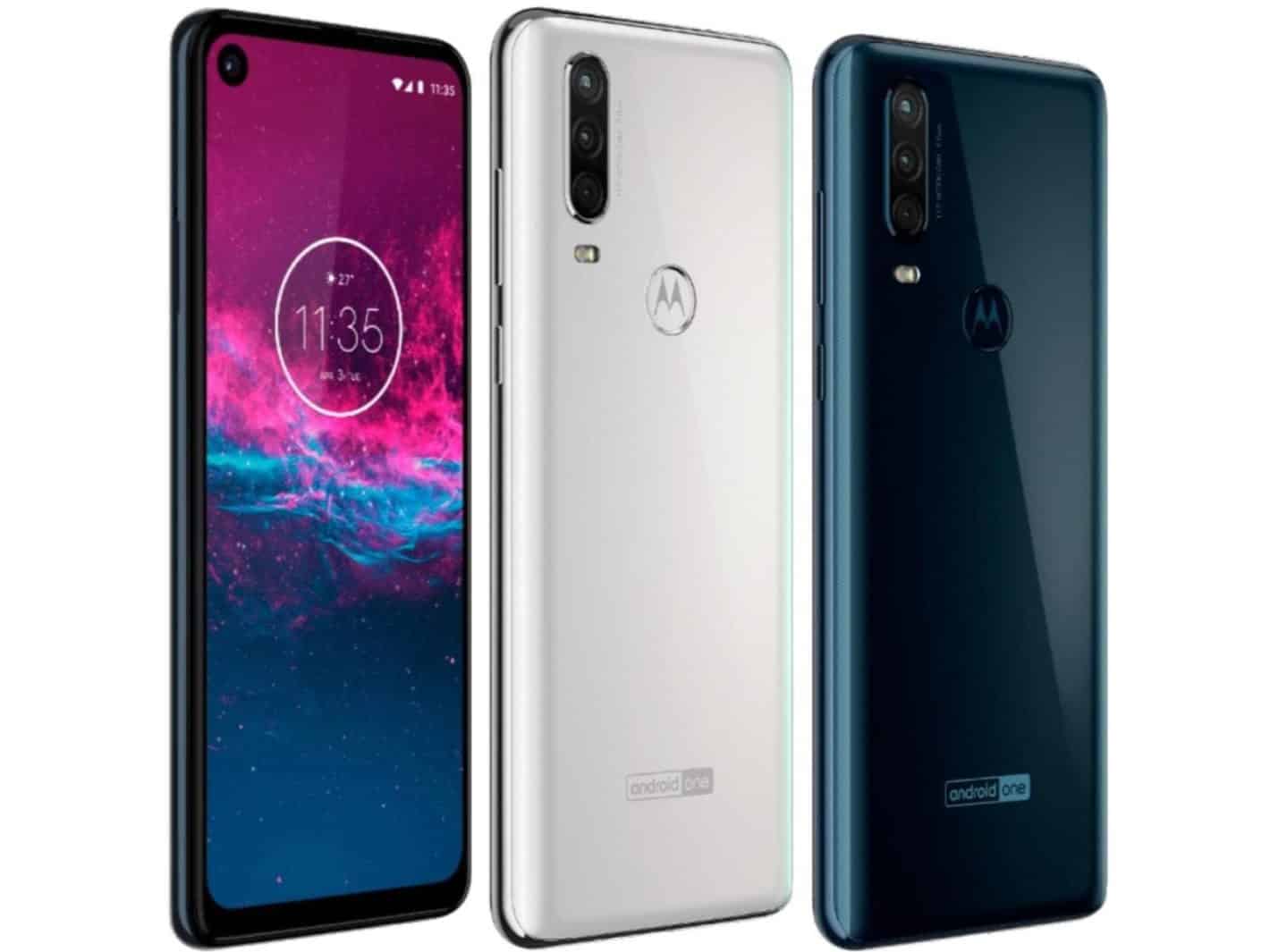 The upcoming Motorola One Action has cropped up online again and this time in purportedly official render form.

Leaked via Twitter by Ishan Agarwal, the new images highlight a full view of both the front and back of the handset and in two colors. Namely, those are the white variant that's appeared in prior leaks and a green/blue coloration that hasn't been spotted before.

Is this a new color?

Now, there aren't too many new details that can be gleaned from the latest renders and there don't really appear to be many differences from the design compared to what's previously been reported.

The same hole-punch camera is present, cutting through the screen which shows the same wallpaper present in the prior leaks. The triple-camera array is still vertically aligned along the top-left hand edge in a respectably-sized camera hump and accented by a dual-LED flash.

The green/blue color in the new renders does appear to be an entirely separate color configuration from that seen in the most recent reports too.

That color was reported, albeit tentatively, to be referred to by the company as "Denim Gray." While definitely a shade of blue, Denim Gray had a definitive gray tint similar to that found on pants or jackets made from the material.

Unlike that previous leak, which was obviously straightforward blue, the new color has a green tinge around the edge. The hint of green may be the result of the lighting effects used to create the render or a quirk of other tools typically used in that process but it seems to have more 'sheen' than the previous color too.

At least three colors were also initially expected from this smartphone, including blue, white, and gold but that doesn't mean those are the only colors it will be available in.

So it isn't unlikely that this is actually a new color. If that's the case, setting aside any other colors that have yet to be revealed, buyers may have multiple blue-tinted colors to choose from.

Here's what else to expect from Motorola's One Action

The Motorola One Action is expected to be closely related to the Motorola One Vision, with a few notable differences but there aren't many details to go on just yet. Among the information that has leaked, its namesake is reportedly derived from its 117-degree field-of-view action cam, coupled with a 12.6-megapixel sensor in the main shooter.

The display, not accounting for the sizeable hole utilized for the selfie camera, is predicted to ship at a resolution of 2520 x 1080, an aspect ratio of 21:9, and at 6.3-inches from corner to corner diagonally. Samsung's Exynos 9609 SoC will power Android 9 Pie out-of-the-box for this smartphone. Both 3 and 4GB RAM versions are expected to be available, tied in with 32GB, 64GB, and 128GB storage options.

Previous leaks have also revealed that it will feature USB Type-C charging along the bottom edge and a 3.5mm headphone jack on the opposing side. The battery is expected to have a respectable capacity of 3,500 mAh.

Motorola's One Action is intended to primarily add another camera for more photography-oriented buyers — if the rumors bear out to fruition.