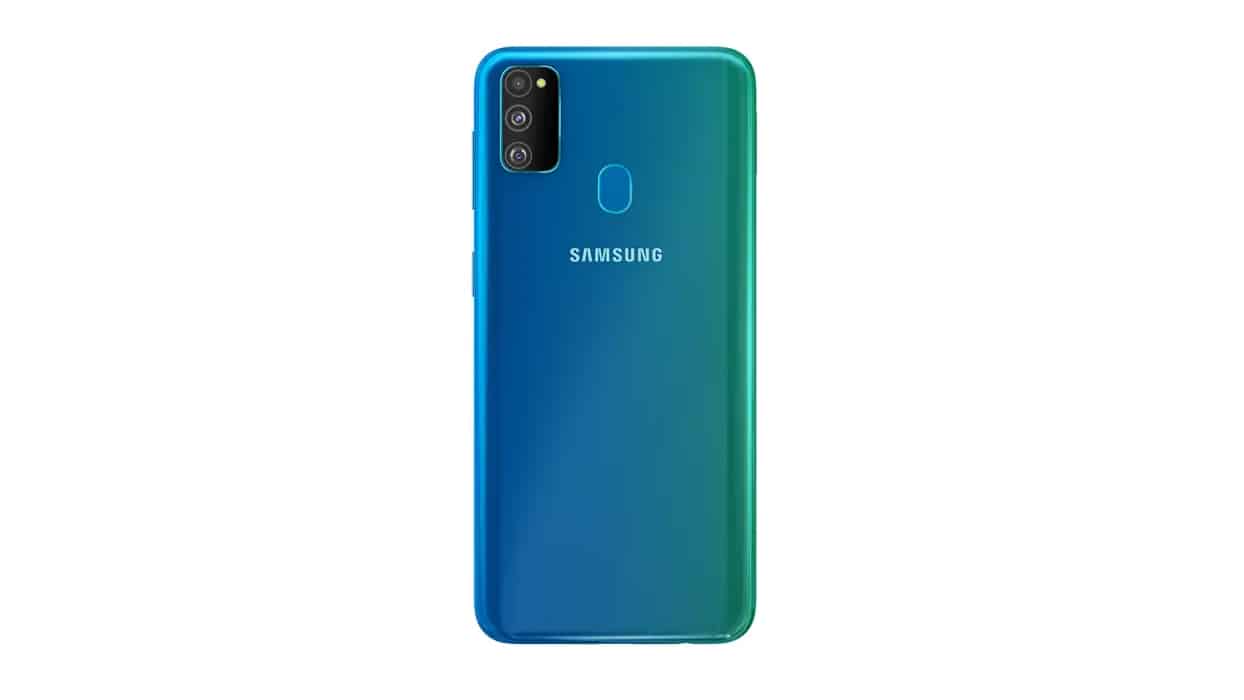 A couple of days ago, a teaser surfaced, suggesting a new Samsung Galaxy M phone is coming. That teaser hinted that the phone will feature a 6,000mAh battery on the inside. At the time, it seemed like the Galaxy M30s is coming.

Well, it seems like that hunch was spot on, at least according to some newly-leaked information. 91mobiles has shared two images of the alleged Galaxy M30s.

These two images are showing the phone's back, and its left side. We don't have an official name for this color variant of the device, but it's a gradient version. It combines blue and green colors on its back.

A fingerprint scanner is placed on the back of this device, while Samsung's logo lies right beneath it. Three vertically-aligned cameras are placed in the top-left corner, along with an LED flash.

That camera setup looks a bit odd, as it's larger than you'd expected. A 3.5mm headphone jack will be included on the bottom of this phone, while all of its physical buttons are located on the right.

The volume up and down buttons can be found on that side, while a power / lock key sits below them. The phone's back is curved on the sides.

We still do not know what will the phone's front side look like, but it will probably feature a waterdrop display notch. The device's front side did not leak just yet, but the Galaxy M30 sports such a notch, so… it makes sense.

In addition to a 6,000mAh battery that we've already mentioned, this phone is also expected to feature a 48-megapixel camera on the back. That will be the phone's main camera, and it will probably be paired with 5 and 8-megapixel secondary cameras.

A 5-megapixel unit will be the phone's depth sensor, while an 8-megapixel one will come with an ultrawide lens. A 16-megapixel camera is expected to be included on the front.

The Galaxy M30s is rumored to feature a 6.4-inch fullHD+ Infinity-U display, while Android 9 Pie will almost certainly come pre-installed on this device. On top of Google's OS, you'll be able to find Samsung's One UI skin.

Fast battery charging will be included as well, but we don't have all the info just yet. The device is expected to arrive on September 9, and it will initially launch in India.