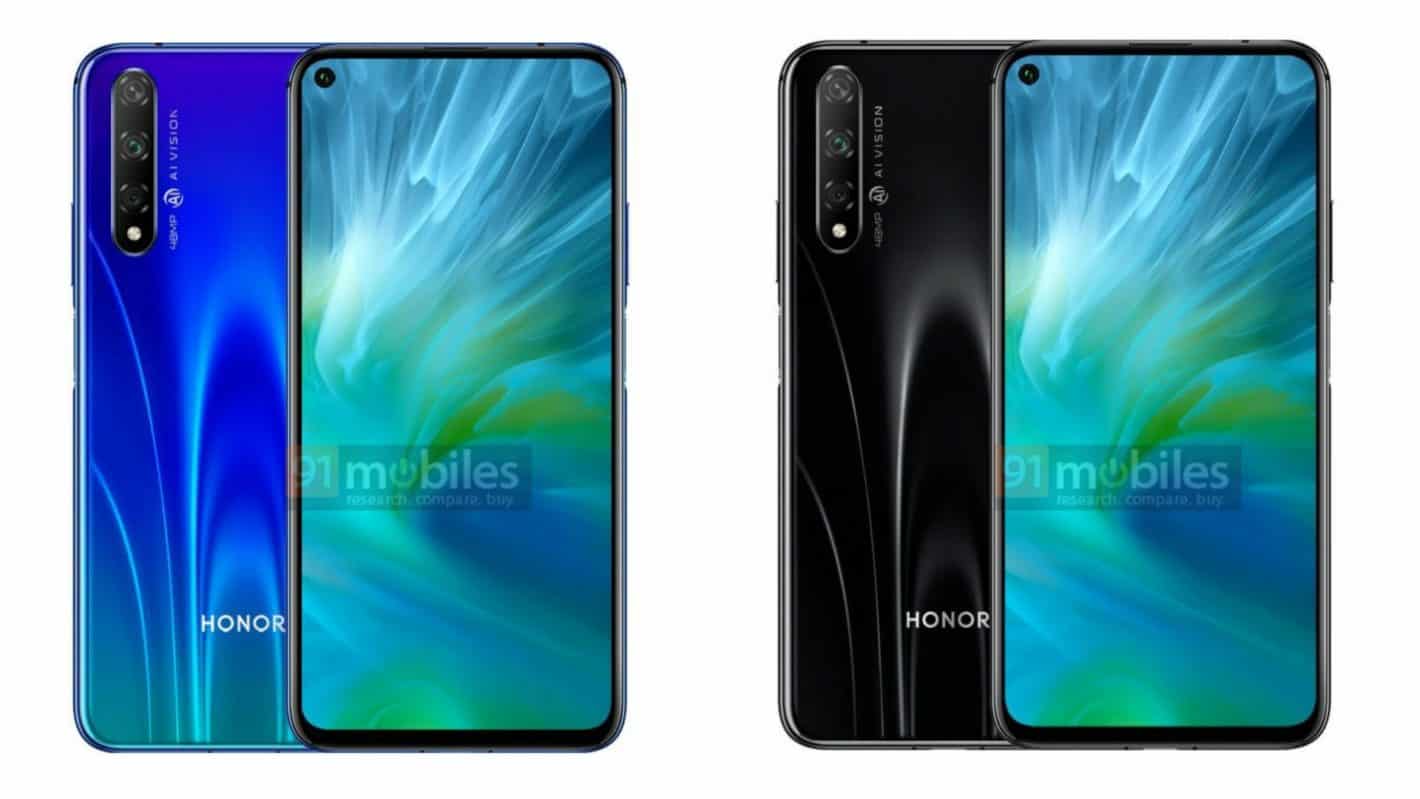 HONOR is planning to introduce a new phone soon, and 91mobiles just shared its renders. The device in question is the HONOR 20S, the company's new mid-range smartphone.

The source shared two color variants of the device, the Butterfly Feather Blue and Black Hue color options. In addition to those two, HONOR is planning to release a White variant as well.

As you can see, the device is made out of metal and glass. On the back of the phone, you will notice three vertically-aligned cameras, and an LED flash below them. All of those sensors do protrude a bit.

HONOR's branding is present on the back of the device, while the phone is slightly curved on the edges. The HONOR 20S sports a very thin "chin" below the display, and a display camera hole. That hole is present in the top-left corner of its display, and the rest of its bezels are extremely thin.

Both of these color variants reflect light in an interesting way, but only the Butterfly Feather Blue color is gradient. It's mostly blue, but the lower portion of the phone's back side offers a green tint.

This handset got certified by TENAA (China's equivalent to the FCC) quite recently. According to that listing, the HONOR 20S will feature a 6.26-inch fullHD+ (2340 x 1080) display.

TENAA also says that the phone will be fueled by an octa-core SoC clocked at 2.36GHz, probably one of Huawei's Kirin chips.

Android 9 Pie will come pre-installed on the device, along with Huawei's Emotion UI (EMUI), most probably. A 3,750mAh battery has also been mentioned, along with 20W fast wired charging.

The HONOR 20S will become official on September 4, that much has been confirmed at this point. The phone will be launched in China first, and it remains to be seen to what other markets will HONOR ship it to.