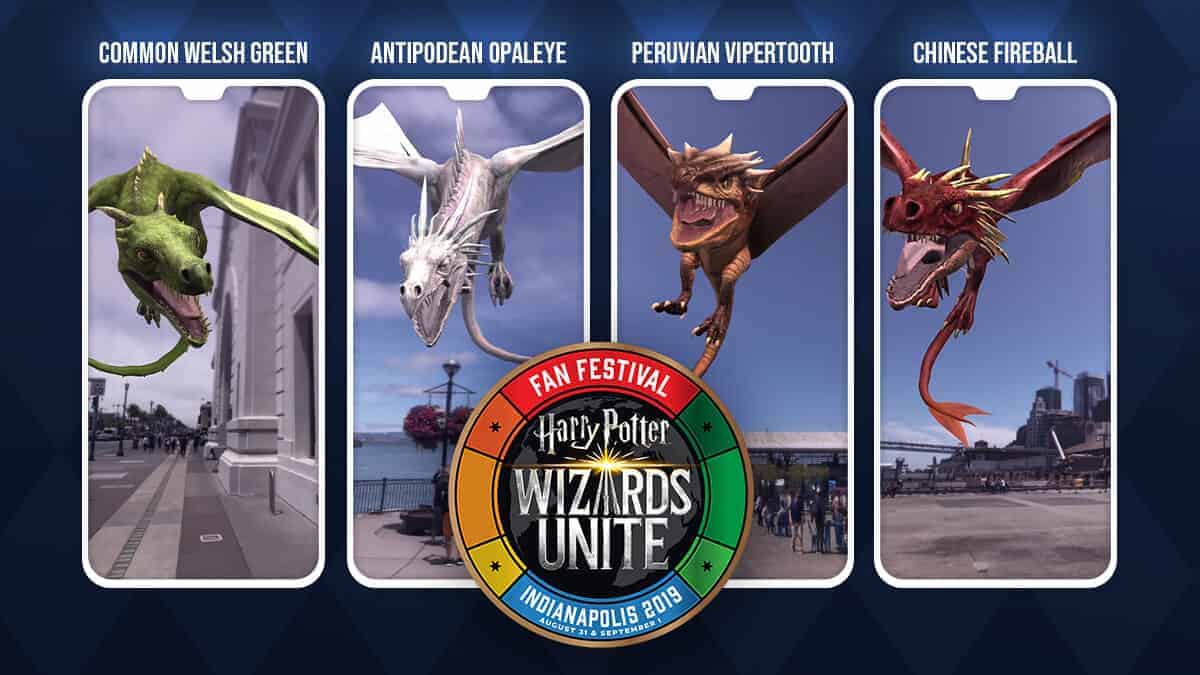 Harry Potter: Wizards Unite is having a Global Challenge to unlock Dragons. This is a challenge that will be taking place over the weekend around the world, so even if you're not at the event you can still have fun.

It's primarily geared towards players who can't go to the Fan Festival event, though event attendees will be able to help with the challenge. In fact they'll need to for a specific reason.

Dragons Are The Name Of The Game

Both event attendees and players in other parts of the world are contributing in their own way. That said, it revolves around dragons for both groups of players.

Dragons are being introduced into Harry Potter: Wizards Unite at the Fan Festival. After the festival is over each of the first four dragons will be region-locked.

There is a way around this though, and it hinges on two things.

Returning A Whole Bunch Of Dragons At The Fan Festival

Attendees of the event this weekend will encounter dragons throughout the event space. As this happens players there will need to return them.

Returning a total of 150,000 dragons between all event attendees will unlock a special Day of Dragons event on September 7.

This is where global players come in.

The idea for global players here is to collect a special version of the Portkey Portmanteau.

There will be four in the game to look for during the event, and each one will be associated with a specific dragon type. Inside them will be a dragon egg.

Each Portkey Portmanteau will be matched to an egg by color, so identifying them on the map will be easy.

What players participating in the challenge will want to do, is collect more dragon eggs of one type than any other. This will unlock that dragon during the special event on September 7.

The takeaway is to collect eggs for dragons that won't be in your region. For example, players in the Americas and Greenland will want to collect any egg that isn't for the Peruvian Vipertooth, as this will normally be available to them.

There Are Additional Rewards To Unlock During The Challenge

Niantic and WB Games will be recording how many of each dragon egg type is collected throughout the weekend.

It's doing for this two things. So it can see which region unlocks which dragon during the Day of Dragons event, and so it can dish out the extra rewards.

The milestone is one million eggs for each of the four types, which sounds like a lot. Players need to remember though that the number will be a collective of all players.

If players meet a specific milestone, then rewards are unlocked for all players starting on September 2. Rewards will unlock at 10 AM PST and will stay available until September 9 at the same time.

The ultimate goal, is for attendees to return enough dragons to unlock the event the following week. At the same time, players around the globe want to focus on collecting dragon eggs.