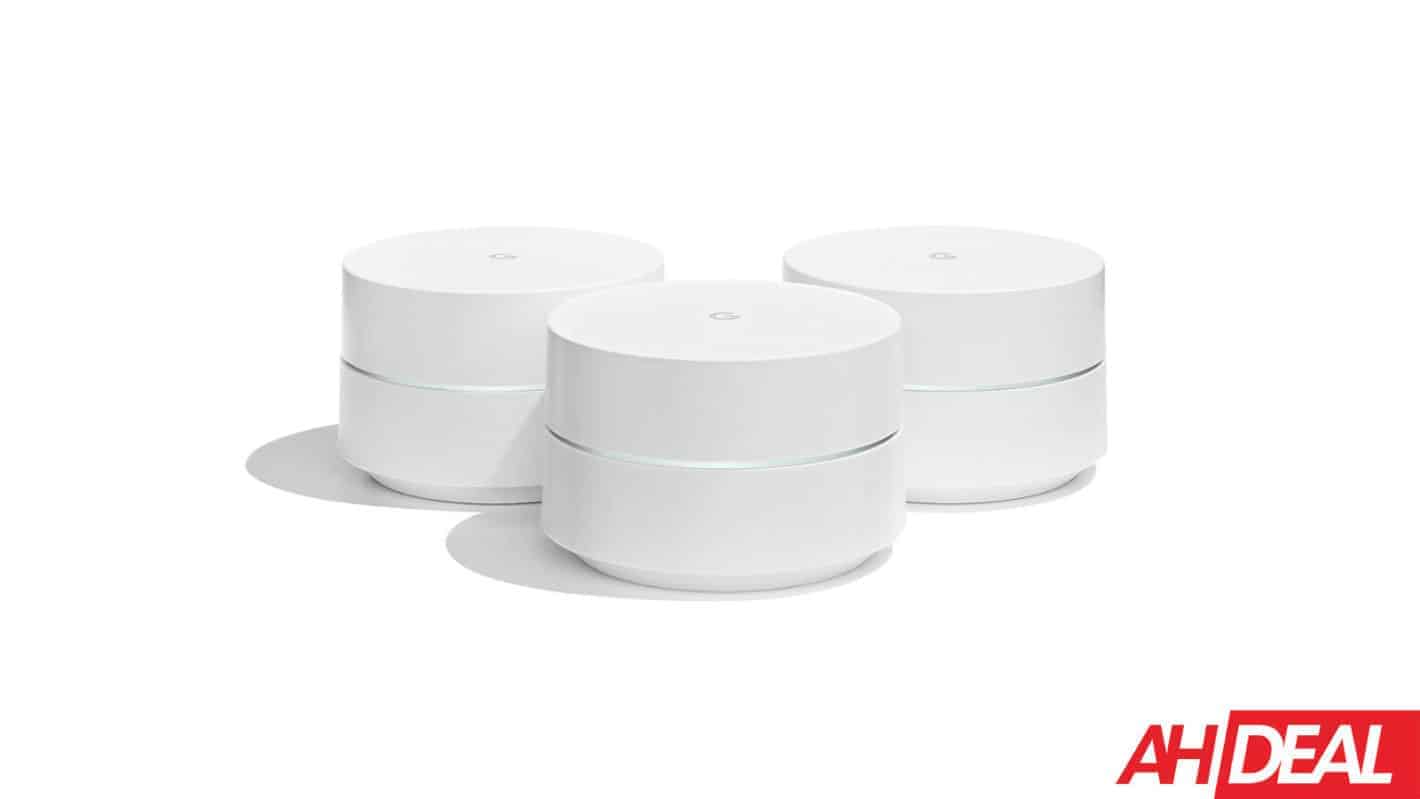 Woot is blowing out a three-pack of Google WiFi today for just $219. That is good for $40 off of its regular price.

This is also for a "new" version and not for a factory reconditioned or used version of Google WiFi.

With Google WiFi, you're going to be able to get rid of all of those deadspots and speed up your home WiFi. It's also very simple to setup, thanks to the app that Google has created.

This is a Mesh WiFi system is a set of satellites that connect to the main router that is connected to your modem. This sounds a lot like a signal extender or repeater, but in all honesty, it's a whole lot better. It does not "repeat" the signal. Which is what usually results in the WiFi network getting worse speeds when using a signal repeater.

In fact, with a Mesh WiFi system, you will more than likely see improved WiFi speeds. And that right there is a pretty big deal, for a number of reasons.

Google WiFi comes in a three-pack, which has enough juice to cover up to 4,500 square-feet. That's going to be plenty for most people. You can also opt to only use one or two, if you think all three would be overkill.

With the app, Google allows you to quickly change the SSID as well as your WiFi password. You can quickly share the password, set up a guest network and even pause your WiFi. This is an easy way to get your kids attention, for dinner time or something else. It also provides you with information on what devices are connected, bandwidth used and so forth.

You can pick up Google WiFi from Woot by clicking here. This deal is likely not going to last long, and may be gone before the end of the day. So you'll want to act fast.

Google WiFi - Woot - $219
Trusted By Millions
Independent, Expert Android News You Can Trust, Since 2010
Publishing More Android Than Anyone Else
35
Today
96
This Week
588
This Month
3100
This Year
104579
All Time
Advertisement