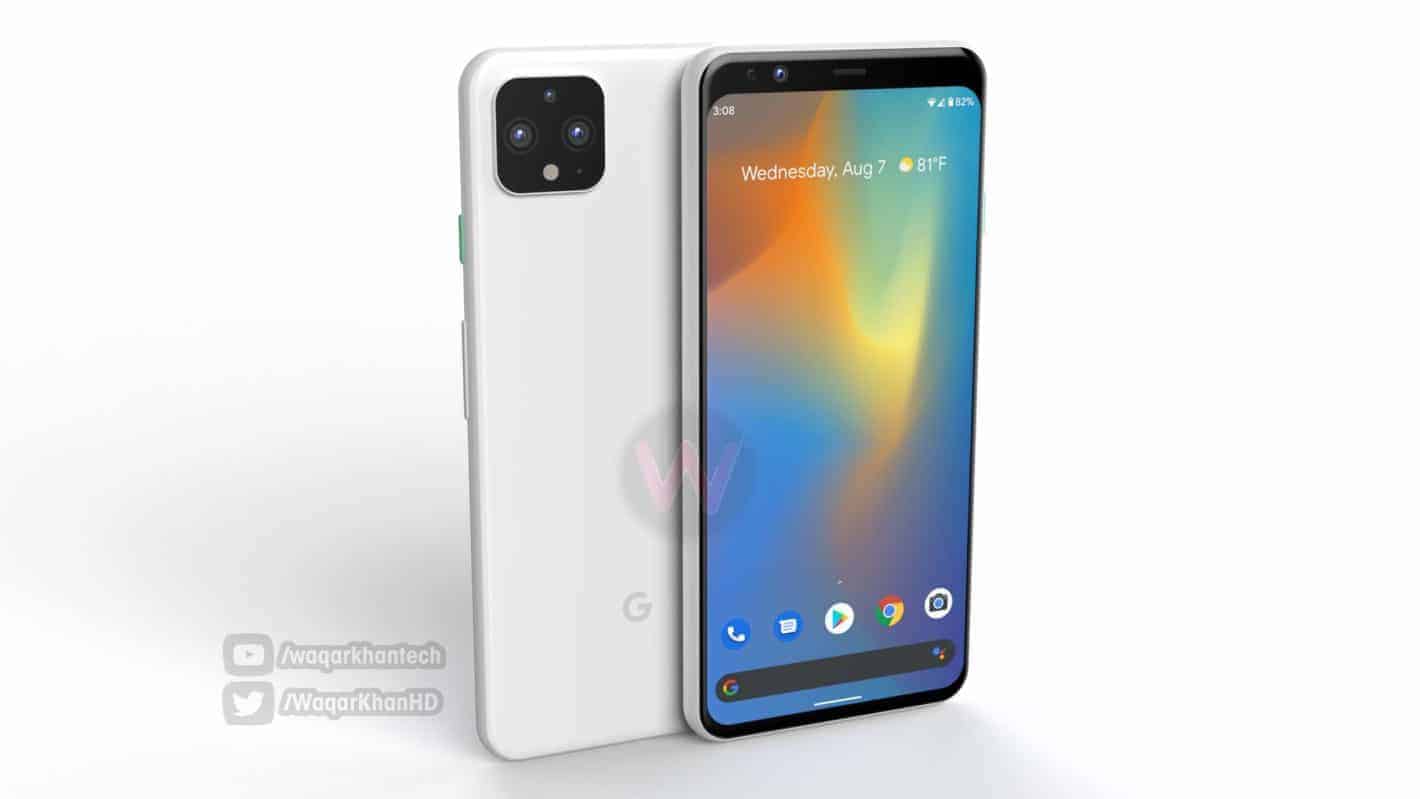 The Google Pixel 4 and Pixel 4 XL are expected to arrive in a month or two. The two phones may end up looking the same. That is why you will see only one phone in the provided images and video, as this design applies to both devices.

The Google Pixel 4 video Waqar Khan created has a duration of two minutes and 40 seconds. This video will allow you to check out the phone from all angles. This device has rather thin bezels, though its "forehead" is difficult not to notice.

There is a good reason why Google will probably implement that top bezel. The company is planning to include some special sensors for gestures, on top of regular sensors you'd get, and cameras, of course.

The phone's display sports rounded edges here, and the phone's edges are rounded as well. A regular earpiece is implemented above the display, while Android Q's gesture navigation is in use here.

On the back, you will notice two regular cameras, plus a third one that is located above them. An LED flash sits right below those cameras, along with a noise-canceling microphone. All of those components will be a part of the same module on the back, and will protrude a bit.

The back side of the device seems to be curved, while Google's logo sits on the back as well. All the physical buttons are located on the right, and the power / lock button sits above the volume up and down keys.

Waqar Khan actually showed off the Pixel 4 in several color variants, three, to be accurate. The phone is shown in Black, White, and Pink colors. The Black unit has a white power key, while the white one has a cyan power button. The pink unit comes with an orange power key.

You will also notice that a Type-C USB port is located at the bottom of the device, along with two loudspeaker grills. The Pixel 4 will almost certainly include stereo speakers, so the phone's earpiece will probably act as a secondary speaker.

The Google Pixel 4 may end up featuring a fullHD+ display, while the XL model will include a QHD+ one. Both phones will ship with OLED displays, and both devices will include an in-display fingerprint scanner (probably an optical one).