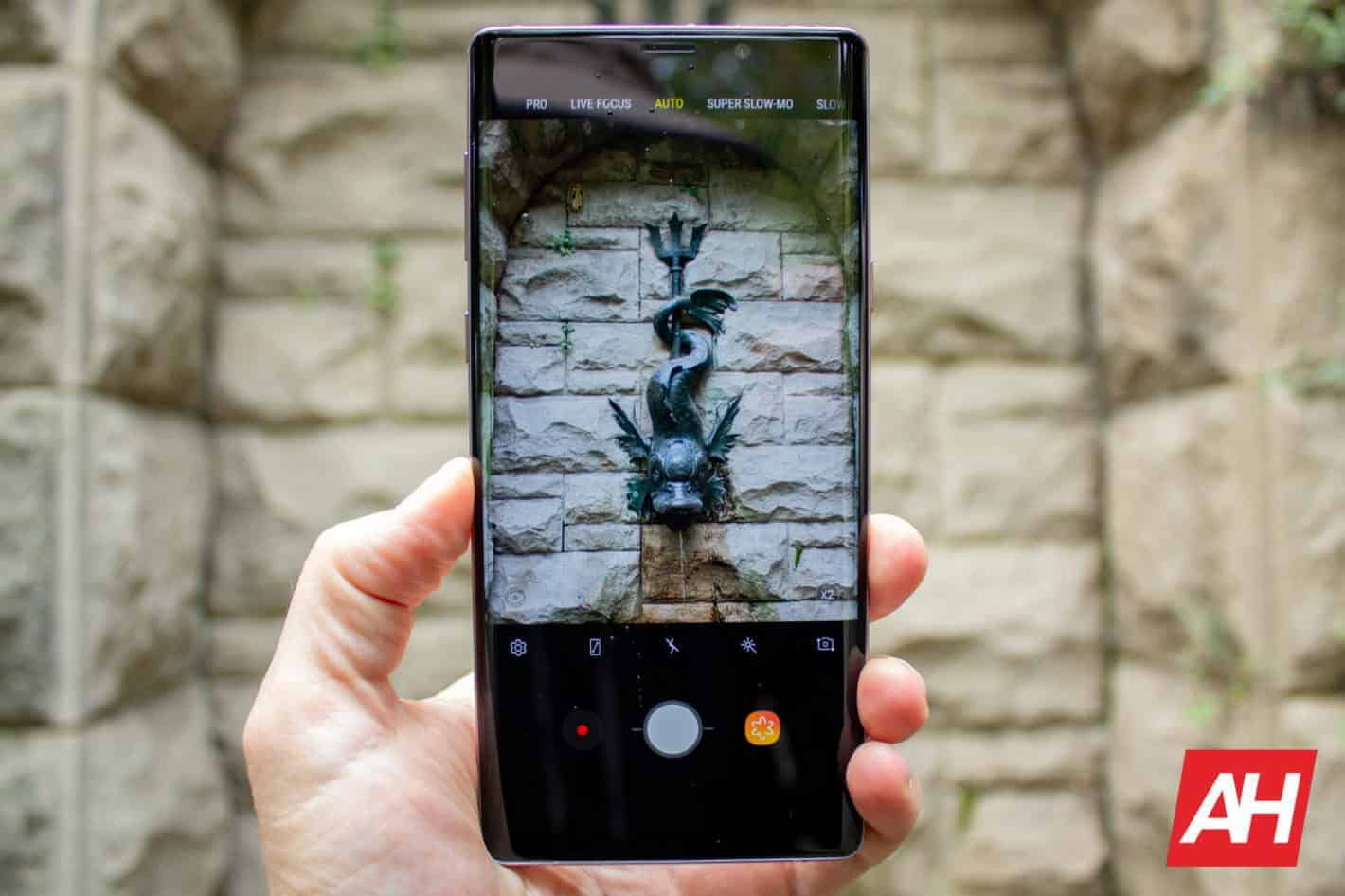 Samsung Galaxy Note 9 users in the US will soon have access to the same dedicated Night Mode recently added to this year's Galaxy S10-branded gadgets. That's thanks to an update that is reportedly rolling out to carrier versions of the device in the region now, beginning with those on Verizon's network.

The firmware update brings the software version to 'N960USQU2CSGA'. As hinted above, the biggest changes are all about the camera software.

That starts with a Night Mode feature that's close to but not quite up to par with that found on Google's Pixel-branded handsets. Summarily, Night Mode drastically improves the quality of shots taken at night and under associated extreme lighting conditions. For the Google Pixel 3, the shots turn out almost as good as they might during daylight hours. Users can expect something akin to that with Samsung's top device.

The new functionality does come with the same caveat found on the Samsung Galaxy S10, S10e, and S10+ though. Namely, some Night Mode shots on some Galaxy Note 9 devices are going to fail to save properly. The company has known about that since shortly after those other devices received the mode. Presumably, it will fix that at some point but that patch doesn't appear to be included with this update.

Alongside that new camera shooting mode, users will also be able to take snapshots of QR codes. So Bixby will no longer be required to navigate to QR code-associated links directly from within the camera app.

Security patches here are critical too

This new update for Samsung's current flagship phablet also includes a security patch — up to July 2019. That particular patch includes nearly two-dozen fixes specifically for Qualcomm components. While the international Galaxy Note 9 uses an in-house Exynos SoC, US and China variants utilize those components. The overwhelming majority of those are rated by Google at either a Critical or High level of severity.

It's going to be a good idea to install the new firmware as soon as possible.

Installing the update is as simple as navigating to the Settings app on the Samsung Galaxy Note 9 and completing a couple of additional steps. Scrolling to the bottom of the main page of that app and tapping "System Updates" reveals the appropriate option.  That's titled "Download and install."

Under that option, users will see details outlining exactly when their device last searched for updates. Tapping it will check for a new one and load up the installation UI if one is available.

Just in time for the Galaxy Note 10 to arrive

Interestingly, Samsung and Verizon have effectively decided to roll out the update just in time for the Galaxy Note 10 family's arrival. Those are the Samsung Galaxy Note 10 and Note 10+. The timing is interesting because those gadgets are expected to come with almost exactly the same camera hardware.

Samsung will undoubtedly deliver new features with the new phablets too. So the new update adds to the mystery surrounding exactly what the tech giant plans to reveal on August 7 at its 'Unpacked' event.

Other US variants of the Samsung Galaxy Note 9 should begin receiving the update relatively quickly but that will ultimately depend on the carrier.