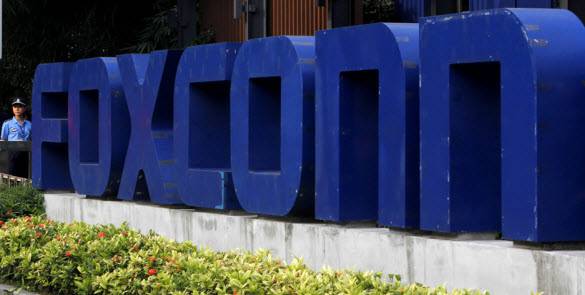 While attempting to reach production targets for Amazon’s devices, Foxconn has been found to violate labor laws. According to leaked documents seen by Guardian, the assembler is exploiting juvenile workers to make up for a shortfall in labor supply and save on costs.

Last year, China Labor Watch raised concerns against Foxconn and Amazon for mistreatment of workers in the Hengyang plant, which is located in China. It appears that instead of improving, conditions have actually deteriorated. Instead of raising the already low wages, they were reduced by 16 percent this year by Foxconn. As a result, the company has been unable to attract enough full-time workers to work on its 58 assembly lines during the peak production period which starts in July. The factory assembles Echo, Echo Dot, and Kindle.

To ensure it has sufficient labor, the company has hired under-aged workers from vocational schools. Moreover, Foxconn also presumably thought that it will be a good idea to make up for a 33 percent decline in business brought on by tariffs imposed by the U.S. by hiring temporary workers. Additionally, the company also sought to do some cost savings by slashing overtime and base pay rates and ending hiring bonus and living subsidy.

In China, it is permissible for factories to hire workers who are 16 years of age or older, but they cannot be made to work overtime. However, Foxconn has apparently been paying no heeds to the law, forcing students to do overtime and nightshifts. China Labor Watch has found that interns, as these students are called, make up more than 20 percent of the facility’s total workforce, which is twice what’s permitted by the government.

Students are reportedly baited in with normal working hours, and then they are asked to clock in more hours. If they refuse, they are sometimes abused physically and verbally by the teachers who are in charge of their work. They are also threatened that noncompliance will hurt their graduation. It has also been found that around 375 workers had been told to work overtime on Sundays, without a compensatory holiday. This again violates the law, which mandates at least one day off a week.

Foxconn has said that it has been notified about labor law violations at its Hengyang facility. As a result, the plant’s chief and head of human resources have been dismissed. The managers responsible have also been reprimanded. Furthermore, the company says that it will not hire more interns than the law permits from now on and also ensure that they don’t work overtime or night shifts. Moreover, the company plans to hire more full-time staff moving forward.

At the same time, the company says that hiring students is a part of its internship program and it gives students who are of legal working age experience and on-the-job training that will help them find a job after graduation. After the recent backlash, the monitoring of the internship program will be doubled, per the company.

Amazon has said that it’s addressing the issue with Foxconn to ensure compliance from now on. The company has sent its investigators to the facility and also plans to the weekly audits of the issue. The e-commerce giant says that it is not tolerant of violations of code of conduct by suppliers and take corrective actions if that happens.