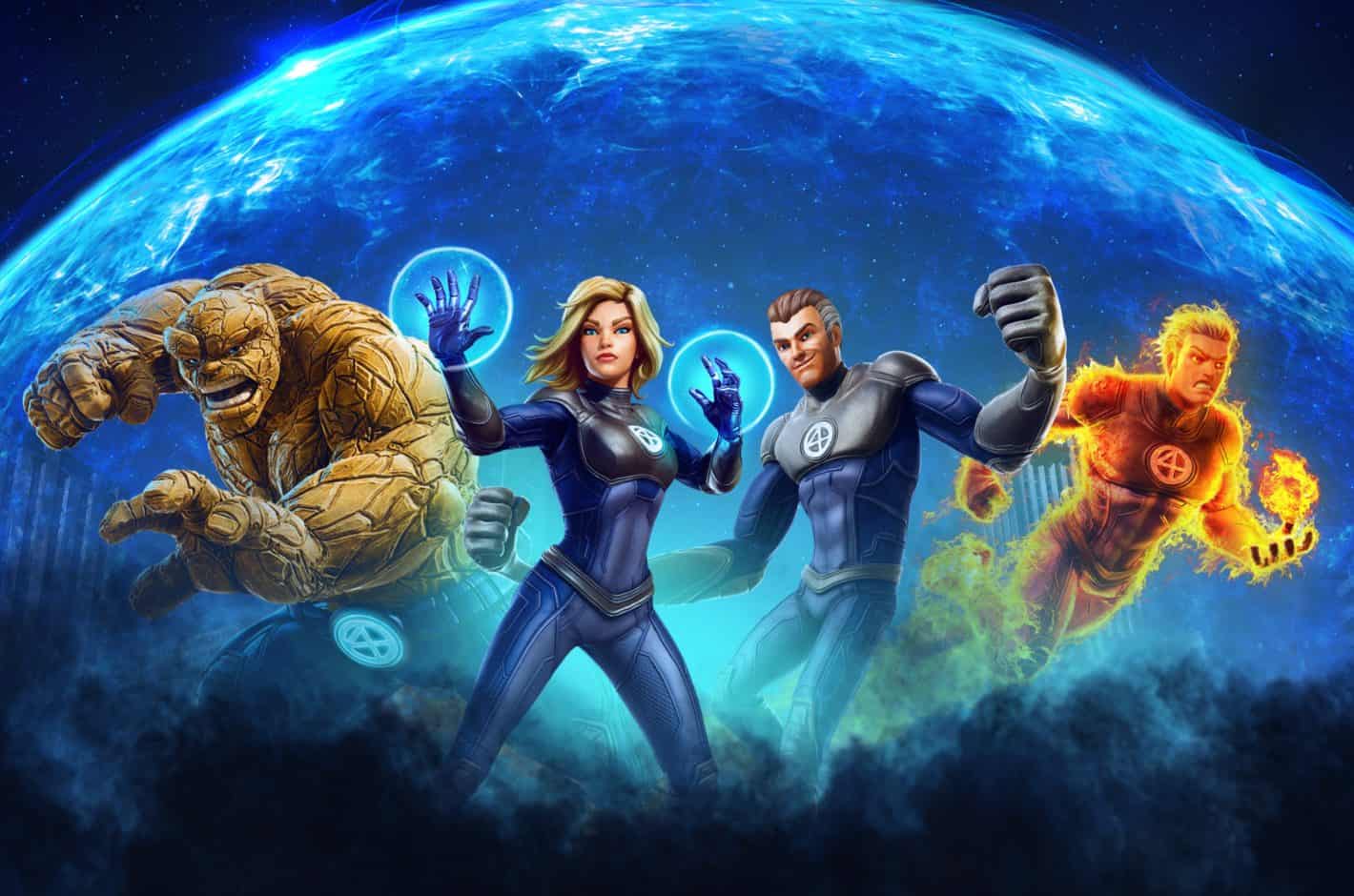 The Fantastic Four aren't just coming to the silver screen for Marvel's Phase Four, they're also now entering the gaming universe and are now playable characters in Marvel Strike Force, alongside another well-known but less talked about hero, Namor.

Players of Marvel Strike Force will be able to acquire and use both Namor and the entire Fantastic Four team each with a list of varied special abilities and attacks. The addition of the five new characters to the game is part of the celebration for Marvel's 80th anniversary, and if you're a true Marvel fan there is more to check out for the big milestone than just new characters in Marvel games.

When it comes to character abilities, all of the new characters do damage but also offer up their own unique benefit to the overall team of heroes that you're using. The Thing, for example, does big damage hits from his direct attacks, but he also has a defensive ability that allows incoming damage to react and cause recoil damage to the enemies that attack him. This is great for those who want a little bit of hands-off damage so they can focus on other moves.

As for Mr. Fantastic, his signature stretchy makeup can be used to attack enemies from afar and you can call in an orbital strike to do massive damage to groups of enemies. His attacks can also stun enemies if you need a little time to regroup and think out your next move.

Then there's Namor who is more of a support hero that buffs the rest of the team and debuffs the enemies. He can use his offense up move to initiate a war battle and he has the power to summon Giganto, which will get rid of any buffs that enemies have while also lowering their speed bar so they have a longer time to attack. This paired with Mr. Fantastic's stun abilities can make for a truly powerful combo of moves that gives you a huge advantage.

In addition to the five new playable characters, Marvel's 80th anniversary is bringing along a series of events for players to engage in. For starters there's a daily login event that will reward you with logging in every day to put in some game time. By logging in each day you can gain all sorts of useful in-game items including character shards, which is a great way to earn the new characters.

You'll also be able to gain two times the amount of character shards from campaign modes. This means if you haven't completed the Captain America, Hawkeye, Groot, Black Panther, Storm, Ms. Marvel, or Doctor Strange campaign modes these are a good place to start as these modes are all included in the ones that give you double the character shards.

Lastly, it will now cost only 80 power cores for the day to refresh your campaign energy each day you play the game. So if you have an excess of cores and need more energy, during this event is the best time to spend some of those cores. If you want to get a first-hand look at some of the new character abilities before playing, you can check out the official trailer for them below.