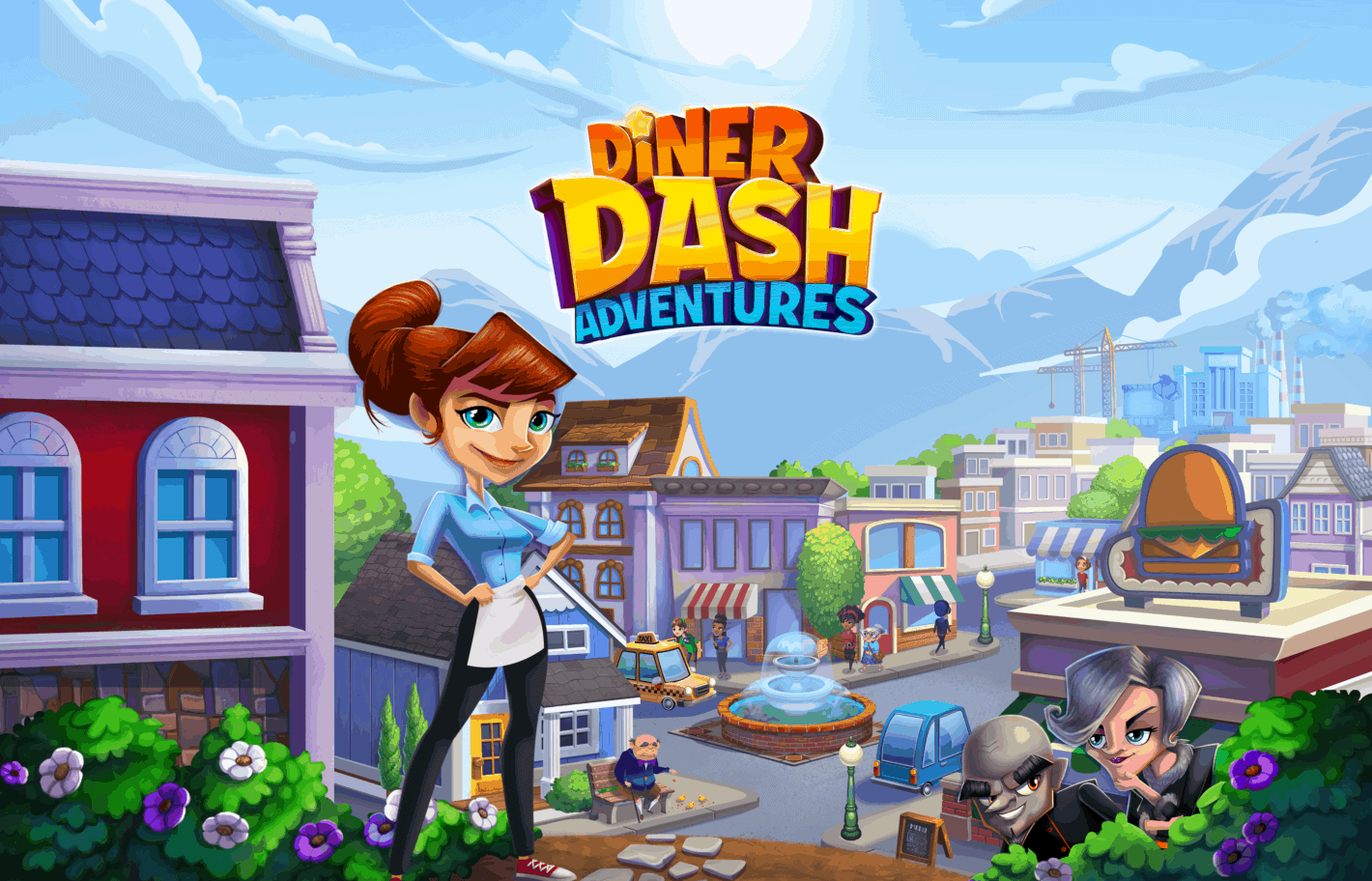 Popular casual game series Diner DASH has a new game out. It's called Diner DASH Adventures, and Glu Mobile just released it onto Google Play globally. Players of the original Diner DASH and other DASH games in the franchise should be familiar with the gameplay mechanics, as Diner DASH Adventures blends the best parts of all of them into a unique mobile gaming experience.

Basically, Diner DASH Adventures will incorporate both Diner DASH and Hotel DASH into one game. What's more is that other DASH games in the series will eventually be folded into it. Glu says the game has "heartwarming story" to reveal. You play as the character named Flo, and help bring DinerTown back to its former glory.

To do this, you'll have to use your expertise in managing time with your customers. This is a time management game, after all. This includes taking orders from customers, cooking the food, and then serving it to them to keep them happy. At least from the diner perspective.

If you're working the hotel, you'll need to ensure that guests have everything they need. Players can expect to assist guests with getting their luggage to their rooms, bringing them extra pillows, and providing room service. Keeping everyone happy means you're likely to get more DinerTown coins for your trouble, which can then be spent on town upgrades.

Building up the town in fact, is a big part of the gameplay as well. You will however need time and money to do it. Some areas won't even be developed and you'll need to invest some of that time and money into fixing up and remodeling properties. Flow will even be able to travel to new locations not seen in other Diner series games, such as the Fish Shack and Seal Cove.

Typically, casual time management games like Diner DASH don't have much of a story to follow. That's not the case with Diner DASH Adventures. Glu has worked in an antagonist; the evil Mr. Big who has some undisclosed nefarious plans for DinerTown.

It's not entirely clear what Flo will need to do to save the day, but given the premise of the game presumably it will have a lot to do with fixing things up and making DinerTown a success.

Diner DASH Adventures offers quite an array of customization if you like to make things your own. According to Glu, there are "thousands" of combinations for décor and design to make DinerTown look its very best. This will no doubt include the outside as well as the inside of buildings and locations, too, so it's probably possible to spend a large amount of time deciding where to put things.

Diner DASH Adventures is a free-to-play game with in-game micro transactions involved. So, while you won't pay for the game up front, you will have things you can actually buy. The game also contains ads, so players should be prepared to see them once in a while. If you're looking to give Diner DASH Adventures a try, you can grab it from the button below.