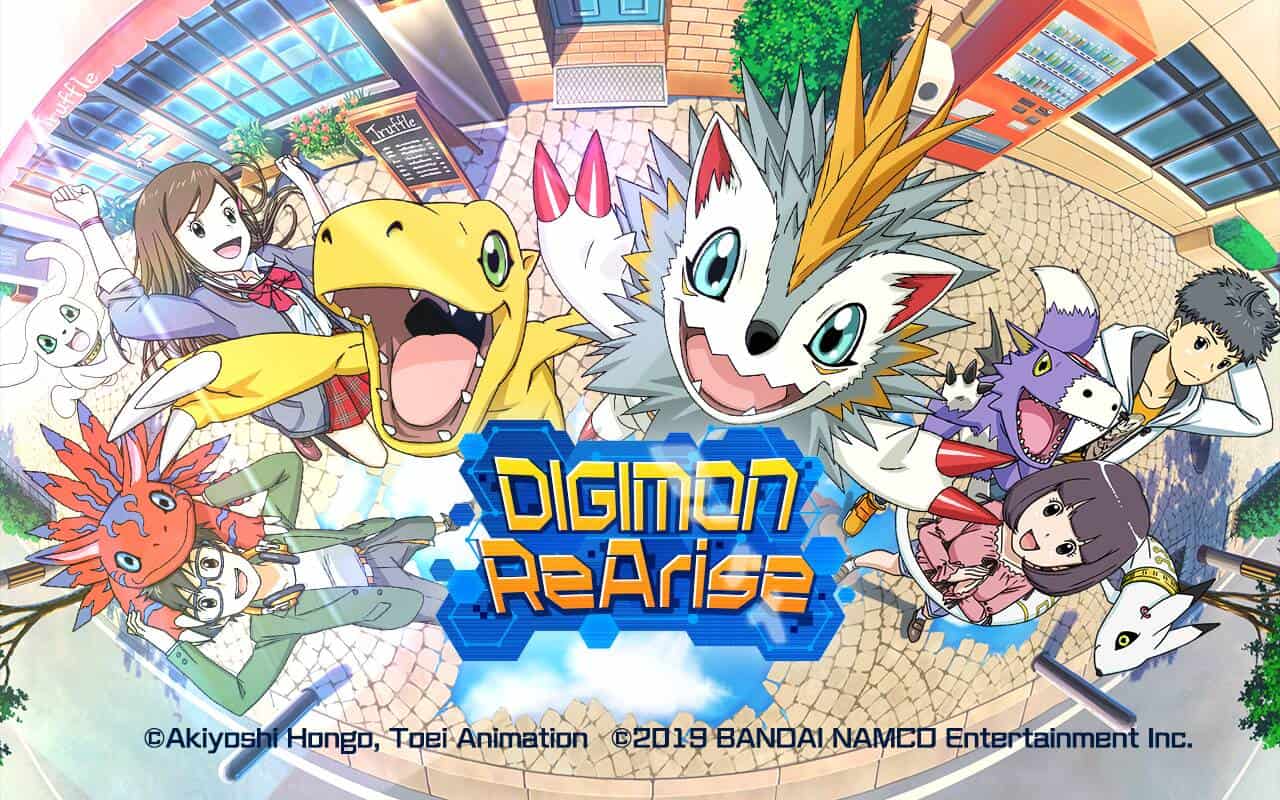 Bandai Namco has a new RPG coming later this year based on the Digimon series. It's called Digimon ReArise and the company plans to release onto Android and iOS devices at some point in 2019 but it hasn't mentioned a specific date, so if you're interested in Digimon titles than you will want to keep an eye out for further details.

In fact, a good way to stay on top of any information regarding this new game is to pre-register for it, and you can already do so as the game is now live in the Play Store for pre-registration. Though Bandai Namco is calling this an RPG players shouldn't expect it to be anything like more popular role playing games such as Final Fantasy, Dragon Quest or others that are similar.

It does however look to have some form of turn-based combat and a progression system for your Digimon. The game will also feature a completely original story within the Digimon franchise with a brand-new character for people to become acquainted with. Naturally the game will have anime/manga-inspired graphics and portions of the game will have cutscenes with voice actors, not too unlike Bandai Namco's recently release Gundam Battle: Gunpla Warfare.

When it comes to the story, you one day realize that a Digimon named Pusurimon has come to live inside of your smartphone, and the more you become accustomed to it the closer you two grow. Early on enemies called Spirals begin to surface and start attacking people, and the Pusurimon evolves into Herissmon to help you defend the incoming attacks.

For battles you'll be able to put together a team of different Digimon and it looks like ReArise will have some Gacha elements baked in, which means you will be trying to collect the different Digimon through a randomly generated system that serves up your next Digimon character.

Similar to Pokemon Masters, Digimon ReArise will let you meet other trainers and you will be able to foster relationships with them and their Digimon. Doing so can help you out in battles and other parts of the game as better relationships will be able to open up opportunities to complete certain goals within the game that you may need help with. You will also need to make sure that you take proper care of your Digimon if you want them to grow stronger and evolve.

Teams will consist of up to five trainers and Digimon for intense 5v5 battles with real-time combat. The game will no doubt utilize some sort of a tutorial to help you learn the basics and practice your skills, but eventually you'll be required to go about things on your own and think more strategically about when you attack and what attacks or defensive moves you use as a wrong step could mean defeat.

Digimon ReArise will let players go "head-to-head" against each other in Battle Park, a special arena within the game, and although PvP isn't mentioned specifically it sounds like this will be the case. You'll also have the ability to team up with other players and fight against powerful bosses in the same arena. Digimon ReArise will be a free mobile game and will have optional in-game purchases available.