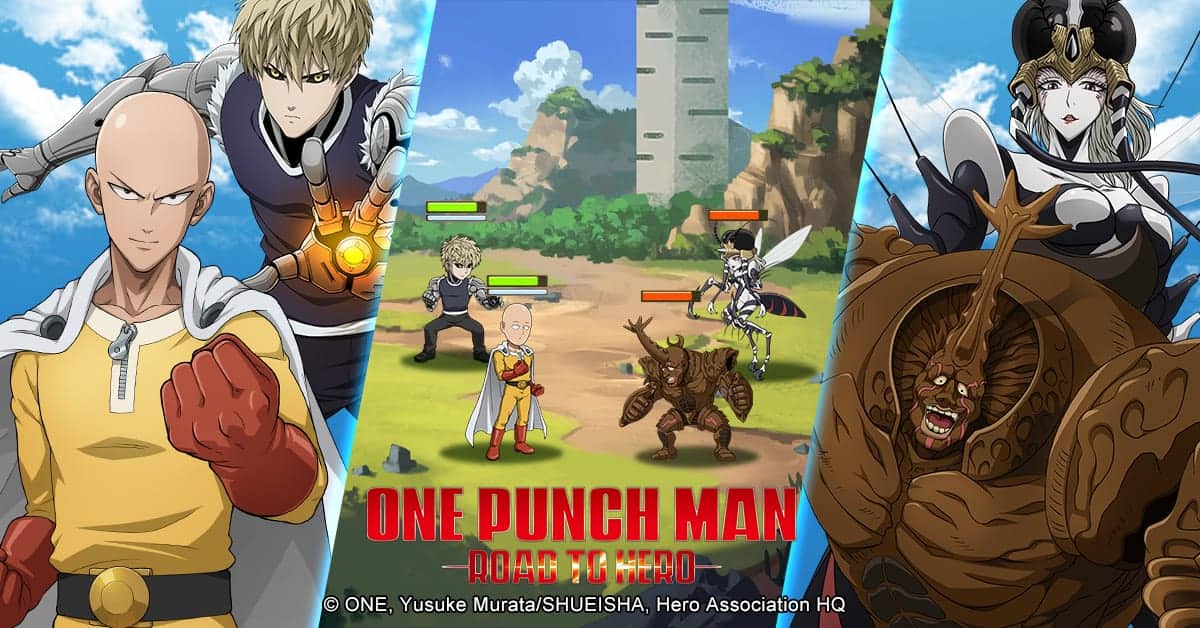 The upcoming One Punch Man mobile game is coming soon to Android, and you can pre-register for the game on Google Play right now.

If you're a fan of the anime and/or manga and you've dreamed of becoming a hero with super strength, this is the game for you.

It features role playing elements like leveling up your characters and turn-based combat. It also has the original voice actors from the anime, which is sure to be a nice treat for those who watch it.

RPG's are great for the story, usually, but story can only take a game so far sometimes. Luckily One Punch Man: Road To Hero features multiple game modes to help keep the gameplay fresh and feeling exciting.

With enough stuff to do and more than one game mode, it should be a lot harder for gameplay to feel stagnant.

There's essentially three different game modes. This includes a story or campaign mode that takes you through the story. This will have the cutscenes and voice acting.

There's also a challenge mode called House of Evolution, and a PvP mode where you can face off against other players in the Zenira Arena.

Though it's probably utilizing a gacha mechanic, One Punch Man: Road To Hero features over 50 different characters to collect. Grabbing up more of these characters allows you to put together your favorite team and take on tougher challenges.

Simply collecting them won't be all you need to do though. You will need to train your heroes so they grow stronger and are able to level up. This will unlock new abilities as well as raise your character's stats.

Characters will come with different class ratings, so some will be initially stronger than others. Which is another good reason to collect as many as you can.

Oasis Games Limited, the studio behind the game, is boasting some pretty epic combat. The trailer below gives you a good idea of what combat looks like. While the visuals are significantly more simplistic than some other anime-based games, the special effects for attacks appear varied.

The game also features combo sets for players to weave together multiple attacks for more damage, and players can use machines and weapons in addition to every character's unique abilities. One Punch Man: Road To Hero is a free game and will be launching on Android in the near future.