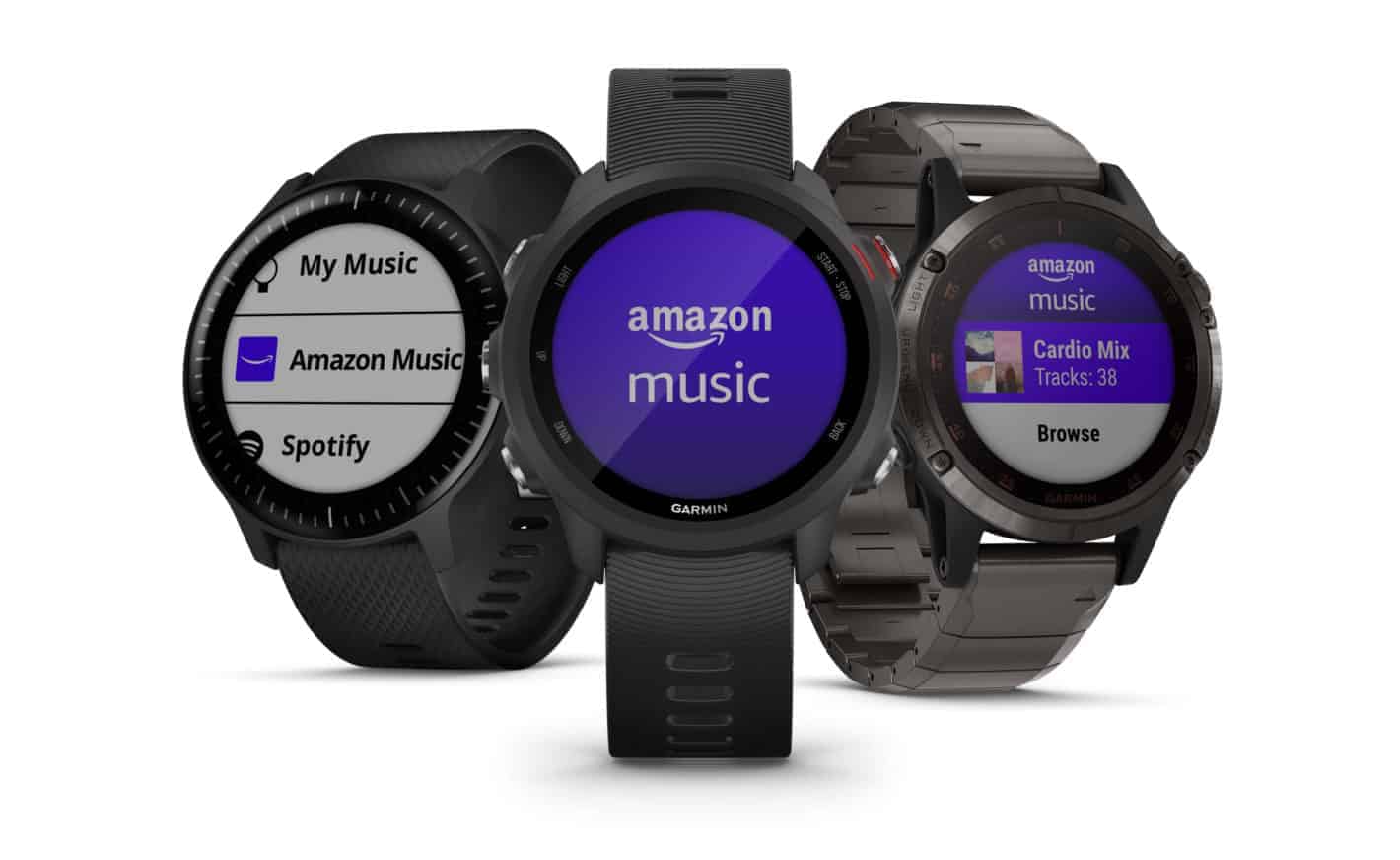 Garmin has made Amazon Music available on its smartwatches. Now, users who own a compatible Garmin smartwatch will be able to access their music library.

The new capability marks an important turn for both wearables in general and Amazon’s streaming music service. This is because this is the first time Amazon Music has been available on a smartwatch.

According to Garmin’s VP of Global Consumer Sales Dan Bartel, Garmin is the first wearable company to offer Amazon Music.

It’s All About Listening Options

Consumers like choice and Garmin knows this, which is why it partnered with Amazon on this feature. Bartel states that Garmin is “excited to offer its customers more listening options.”

With Amazon Music now in the fold, consumers will certainly have more options then ever before. The service offers up 2 million songs in addition to hand-curated playlists to Prime members.

Those who choose to subscribe to Amazon’s premium music tier (Amazon Music Unlimited) get even more music to stream, with over 50 million songs available.

The App Is Available Today, But Only On Select Watches

This includes Forerunner 245 Music and 645 Music, the Forerunner 945, the Fenix 5 Plus series, Vivoactive 3 Music, or the MARQ series devices.

Any other Garmin smartwatches which are currently available won’t be able to access Amazon Music, but it will likely come to other Garmin Wearables in the future. If you have one of the compatible devices, the Amazon Music app can be downloaded via the Connect IQ Store.

With the app installed, users will be able to download music from their Amazon Music libraries and play those tracks on the watch. Users can also download playlists for the same purpose. What you can’t do is stream music like you can if you use the app on a smartphone or other device.

This might limit what some users were hoping to do, and if that’s the case there are always other listening options. If you’re a Prime member though and you have one of the compatible Garmin watches, you might as well take advantage of the free music you can download and play.