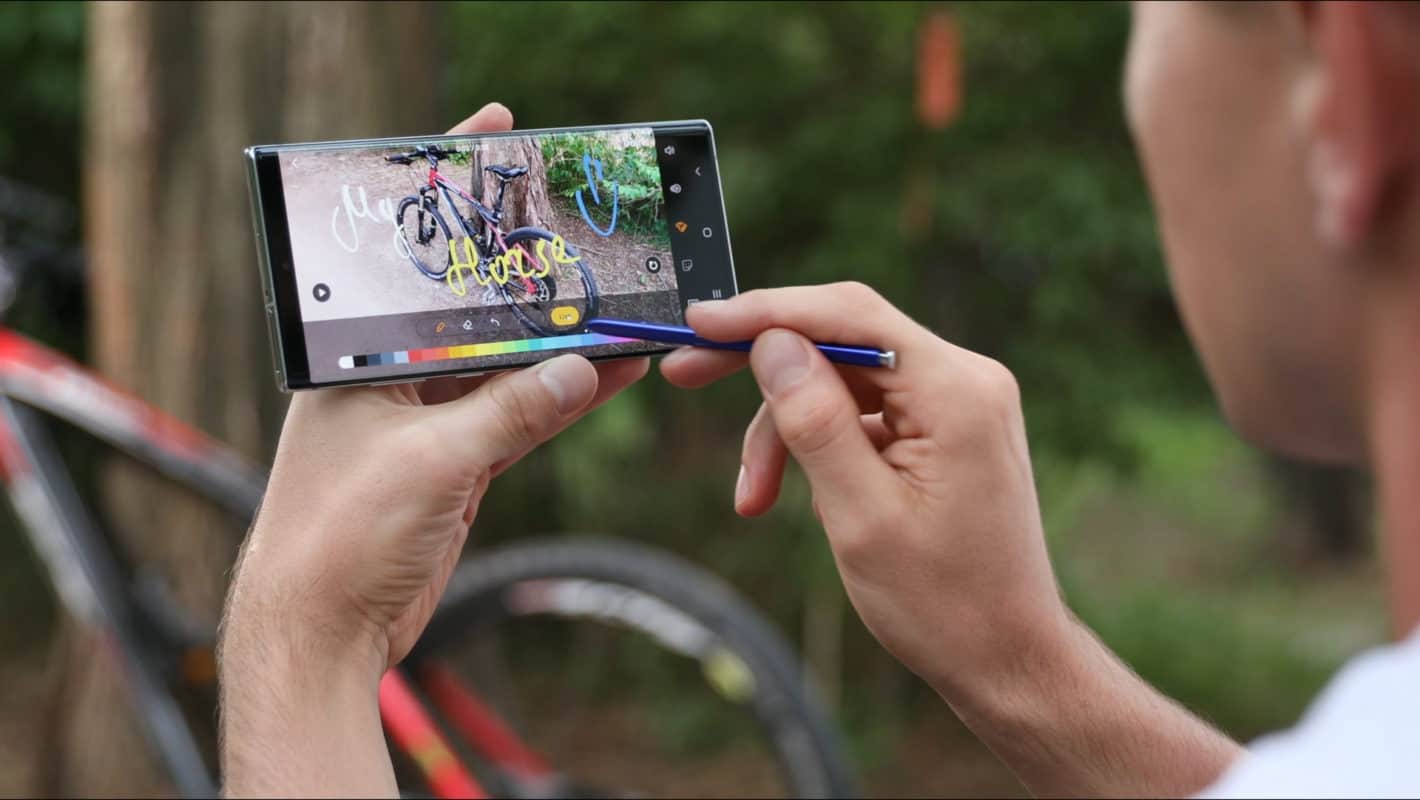 The Samsung Galaxy Note 10 Plus is officially official, and it’s already up for pre-order. Now it’s time to start looking at cases, so that you can protect that shiny new smartphone that you just spend $1099 on. There are a ton of cases available for the Galaxy Note 10 Plus, as you might expect, and we’re here to show you the very best that you can get right now.

The Ringke Fusion X may not be the best looking case out there, but it works really well. It’s designed to protect your Galaxy Note 10 Plus, and to show off the design of it. Seeing as this does come in a few pretty cool colors, that’s going to be a big deal.

This is a clear case, with reinforced edges. This is important because most phones when they are dropped, will land on the edge of the phone. So reinforcing the edges is a good thing, as it’s going to allow you to keep your phone protected.

There is also a pretty nice lip over the screen, that’s going to keep that screen protected if it does get dropped. Seeing as the screen is the most expensive component to replace, that’s a good thing.

You can pick up the Ringke Fusion X from Amazon by hitting the link below. It’s currently priced at $12.99

The Spigen Liquid Air Armor is going to be a really good option for those that are looking for a thin case that is still going to protect their brand new phone.

This is a pretty thin case, with a triangle pattern on the back. It’s a soft-touch case, that’s going to allow you to get some more grip on your phone so that you aren’t dropping it. That’s a really good thing when it comes to slippery phones like the Galaxy Note 10.

This is going to be a great one as far Galaxy Note 10 cases are concerned.

You can pick up the Spigen Liquid Air Armor from Amazon by clicking the link below. Amazon is currently selling it for $10.99.

Sleek and modern. That’s what the Caseology Vault case offers for the Galaxy Note 10 Plus.

This is going to be able to protect your entire smartphone, from the display, to the sides and even the camera bump. Making it a really great choice for most people.

You can pick up the Caseology Vault case for the Galaxy Note 10 Plus from Amazon using the link below, it is priced at $8.99.

The SUPCASE Unicorn Beetle Pro is a case that has been on our lists for many years. And that’s because it is such a great case for just about any phone out there. Now beware, that this will definitely add some more weight to your Galaxy Note 10 Plus. Since it is a thicker case. It also has a built-in screen protector, which can definitely come in handy. As it can also be pretty difficult to install a screen protector yourself.

You can pick up the SUPCASE Unicorn Beetle Pro from Amazon by hitting the link below.

Clear cases are very popular. And Spigen has one of the best clear cases around for the Galaxy Note 10 Plus.

This is a clear case that won’t add much bulk to the Galaxy Note 10 Plus. It does have a colored bumper, that has been reinforced so that you can keep your Galaxy Note 10 Plus protected, even if it does get dropped. Definitely a good thing, seeing as this is an $1100 smartphone. That bumper is in black, so it doesn’t really stand out to much, which is a good thing.

Those that love a good clear case, this is going to be the one to pick up. And you can pick it up from Amazon by clicking the link down below. Currently, it is listed at just $13.99.

This is one of the crowd favorites for virtually any smartphone out there today. It’s a slightly thicker case, with some reinforced corners and sides to protect it when it is dropped. But it also has a really nice parallax pattern on the back. This serves double duty. It looks really cool, and it also adds some grip. So that it is less likely to actually fall out of your hands. And that’s a good thing.

This is a really good looking case, and it does also have a lip on the front that is going to keep the display protected. That’s important seeing as the Galaxy Note 10 Plus’ display is going to cost at least $300 to replace. Especially since it is such a large and curved display.

You can pick up the Caseology Parallax case from Amazon by clicking on the link below. This is another pretty inexpensive case, coming in at about $13.99.

Samsung does also make their own cases for the Galaxy Note 10 Plus, and that includes the Silicon Cover that we have here. By getting this from Samsung, you’re going to be paying more, but you are also getting a better case. And with this one in particular, you are getting a color that will match your Galaxy Note 10 Plus. So you can get a white one to match, or an aura blue to match.

This is a pretty slim cover for the Galaxy Note 10 Plus. As you might expect, it is just a cover. So don’t expect a whole lot of coverage and protection out of this one. It’s going to provide some really good looks, but there’s no lip to cover and protect the display. The bottom is also cut out and unprotected. This is so that you can get to both the S Pen and the charging port though.

You can pick up the Samsung Silicon Cover from Samsung’s website for $30 using the link below.

This case is a staple here at Android Headlines. And that’s because it’s one of those “tried and true” cases. It offers up some really good protection for the Galaxy Note 10 Plus, and it also looks pretty good.

This is a TPU case, and it is a tad bit thicker than some of the others out there right now. But that means better protection. It does also have some carbon fiber at the top and the bottom, on the backside. This is also going to help you hold onto the Galaxy Note 10 Plus a bit better. So that you won’t have to worry about dropping it at all.

It’s not a super fancy looking case, nor is it super colorful. But it does it’s job. And that’s what you are getting a case for. To protect your investment – which is your phone in this case. And you can pick up the Spigen Rugged Armor from Amazon by clicking the link below. This one comes in at $10.99 right now.

All of these cases would be perfect for your brand new Samsung Galaxy Note 10 Plus. They all appeal to different users. Some might want a clear case, while others want something that’s super thin and others might want something thicker and more rugged. All of those options are available on this list.

However, we are a bit impartial to the Samsung Silicon Cover. Even though it is one of the most expensive cases on this list, it’s a really good looking case. Especially if you are looking for something that is going to match the color of your smartphone, almost exactly. Then there is also the Caseology Parallax. I have loved this case on many other smartphones, and the Galaxy Note 10 Plus is going to be no different. It looks really cool, and having that 3D pattern on the back, makes it easier to hold onto this phone. Given that the Galaxy Note 10 Plus is already so large, that’s going to be a great thing.

You can’t go wrong with any of the cases on this list, and they are all relatively inexpensive.