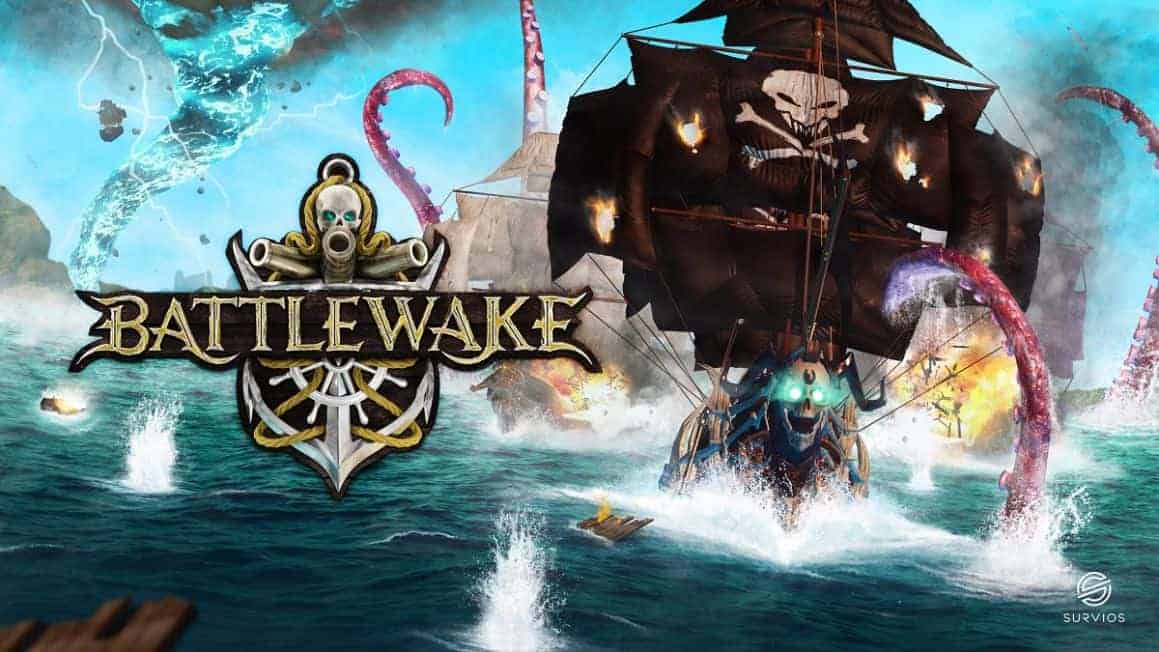 VR has opened up many different worlds and experiences for players around the globe, but Battlewake aims to take players to a place that hasn't been explored very much in virtual reality; pirate ship battles. We've seen a handful of games put players in the role of a swashbuckling pirate, but none quite as involved as Survios' Battlewake. This weekend marks the first closed multiplayer beta for Battlewake on Steam and will be open to anyone that's accepted into the beta after filling out this form.

Beta signups are open until noon PST on Thursday, July 18th, and participants will be emailed information about setting up the game on the morning of Friday, July 19th.

The Battlewake closed beta runs from noon PST on Friday, July 19 to 11:59pm PST on Sunday, July 21. Players can access the game on Steam and will find it compatible with the HTC Vive and Oculus Rift headsets with Oculus Touch controllers. Folks with the Valve Index shouldn't have trouble, but the tutorial won't show the correct setup just yet. Battlewake pits players against each other in multiplayer matches with up to 10 players total in huge pirate ships, all outfitted for battle in various elemental seascapes that come to life with realistic waves, storms and even the occasional sea monster.

During this weekend's beta, players will be able to battle cooperatively in the Warfare mode, which is a progressive gauntlet-style playing field for up to four players. Players will choose a Pirate Lord and venture out on missions, battling enemies alongside each other, earning gold and experience to upgrade their ships for future battles.

While Battlewake's closed beta this weekend is only for players on Steam, the full release of the game later this summer will also see its availability on Playstation VR and Oculus Quest, as well as VR arcades around the world. Steam was chosen as the platform of choice for the beta due to the platform distribution of players that had signed up for the beta.

Survios is one of the biggest VR developers around, with hit titles like Creed, Sprint Vector, and Raw Data. Through these, they've developed a set of unique locomotion methods that have been utilized and adapted for each game's play style. Battlewake is Survios' first vehicular combat title and utilizes what they call the "Immersive Vehicle System" that utilizes a combination of adaptive physics and peripheral effects subsystems, which help limit movements that typically trigger motion sickness in some players.

This is good since the seas in Battlewake change in real-time, from calm and peaceful one moment to extreme the next. Sea monsters stir the tide and comets smash into the ocean, creating realistic waves that affect boats and could easily change the outcome of a battle at any moment. It's not just ordinary beach waves we're talking about though, it's whirlpools, tidal waves and even maelstroms that might sick your ship in and cause havoc among players.

Players even have the ability to control these sorts of storms and creatures, to a degree. Special power-ups allow players to unleash the Kraken upon others, and the final game will include multiple game types ranging from single-player PvE to cooperative multiplayer gauntlets, and PvP deathmatches.