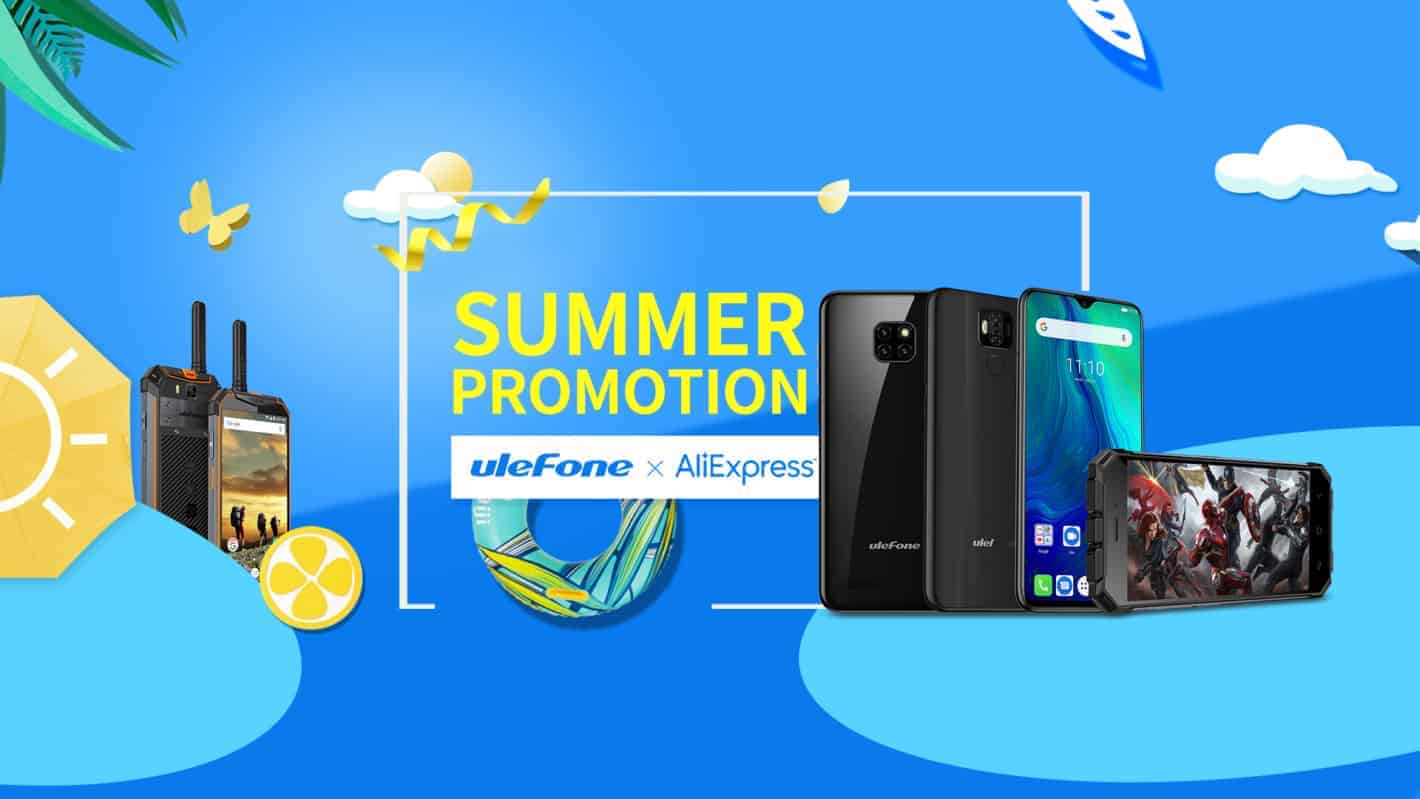 Ulefone has kicked off its Summer Sale on AliExpress, where you can save big on some of its most popular smartphones.

Starting things off is the Armor 3T. This is Ulefone's rugged walkie-talkie smartphone, which has IP68/IP69K protection and has a 5.57-inch Full HD+ resolution display that is protected by Corning's Gorilla Glass 5. Inside, you'll find the MediaTek Helio P23 processor, 4GB of RAM and 64GB of storage. There is also a huge battery inside, rated at 10,300mAh capacity. You'll also find a 21-megapixel rear-camera and a 13-megapixel front-facing camera. This is running on Android 8.1 Oreo, and you can get it for just $259.87.

There is also the Armor X, which is a waterproof and dustproof smartphone, with an IP68 rating. This one can handle 90 minutes of immersion in up to 1.5 meters of water. The Armor X has a 5.5-inch HD display at a 18:9 aspect ratio. It's powered by the MediaTek MT6739 quad-core processor, with 2GB of RAM and 16GB of storage. There is also a 5500mAh capacity battery inside that will keep it going all day long, if not a bit longer, thanks to the power efficient SoC inside. This is priced at just $109.49 right now.

From Ulefone's Power Series, comes the Power 6 which is also on sale. It has a 6350mAh capacity battery, with fast charging at up to 3A. There is also a large 6.3-inch Full HD+ display, with a waterdrop notch. This is powered by the MediaTek Helio P35 processor along with 4GB of RAM inside and 64GB of storage. This is going to make the Power 6 run pretty smoothly and last all day. There's a 16-megapixel main sensor on the back with a 2-megapixel depth sensor. The front-facing camera is a 16-megapixel sensor. Ulefone has also included Face Unlock, Fingerprint ID, as well as NFC for Google Pay. This runs on Android 9 Oreo (which is currently the latest version of Android, at least for another month) and is currently priced at only $149.99.

Rounding out Ulefone's Summer promotion at AliExpress, you'll find the Note 7, which is a 6.1-inch device with a waterdrop notch. This sports three cameras on the back, with a 8-megapixel main sensor, followed up with two 2-megapixel sensors. There is also a 5-megapixel front-facing camera. Inside, you'll find the MediaTek MT6580 quad-core processor, and that is paired with 1GB of RAM and 16GB of storage. This has a 3500mAh capacity battery inside, which should keep it going all day, especially with these lower-end specs. This is an Android Go device, so it is running Android 8.1 (Go Edition) and it also has three card slots, so you can go Dual SIM plus a micro SD card for more storage. The Ulefone Note 7 is priced at just $56.99 right now.

These are all available from AliExpress right now, and many of them are good through July 24. So there's only a few days left to pick up these massive discounts on some of Ulefone's best smartphones. Make sure to click the links above to purchase yours before the price goes back up.