Wrestling can be a lot of fun to watch, especially if you’re watching WWE, as those matches are all about the performance and getting the crowd to be amazed. If you’re in no position to watch a wrestling match in person, however, or there are no good wrestling content to watch in general, there are plenty of games that can occupy your time.

Playing wrestling games can be almost as fun as watching a real wrestling match, presuming that the game is actually good, of course. There are all sorts of games available in the Play Store, from WWE-licensed ones which are mostly aiming for realism, to some arcade, wacky ones that are immensely fun to play.

We’ve selected eight really good wrestling games that are available in the Google Play Store, and have highlighted them all for you down below. There are many more games available, of course, but we cannot possibly list them all. The games that we have listed are actually really good, and each of them has something different to offer. These games are not listed in a specific order, by the way. 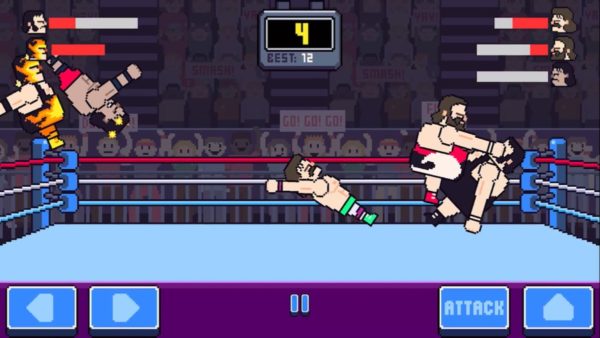 Rowdy Wrestling is one of those fun, arcade games. Wrestlers in this game act as if they’re on wheels when moving, and the graphics are not the latest, but you won’t even mind considering how fun the game is. You can choose amongst 55 characters in this game, and use various moves, including dropkicks, overhead smashes, and so on. You can even pick up objects that become available and use them in a fight. There are several modes to choose from, and this game is quite fun overall. 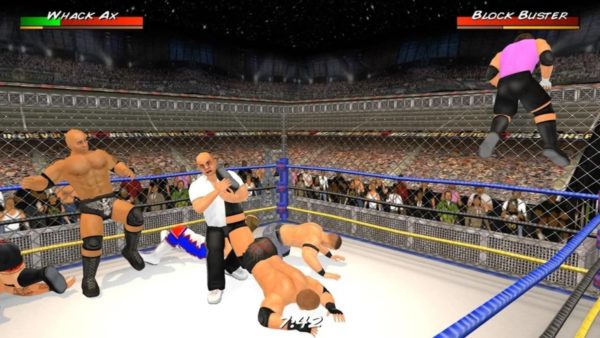 Wrestling Revolution 3D is a really compelling 3D game, and even though the graphics are a bit dated at this point, the game is really good. You can choose between a wrestling career, and a booking career in this game, depending on whether you’d like to be a wrestler, or call the shots behind the scenes. There are a number of modes that you can choose in this game, and the actual gameplay is good as well, with plenty of moves and good controls. 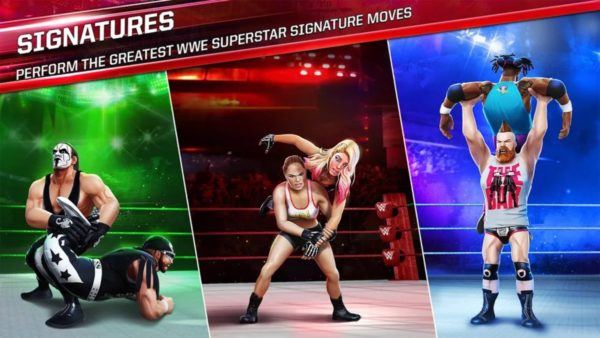 If you love WWE, this game may interest you. WWE Mayhem is a really fun, and well-put-together WWE game. You can play as one of the most popular wrestlers, be it John Cena, The Rock, or someone else, it’s your call. There are six superstar classes included in this game, including the brawler, high flyer, powerhouse, and so on. You can play this game with your friends in Events and Versus Mode, and the graphics are quite nice as well. 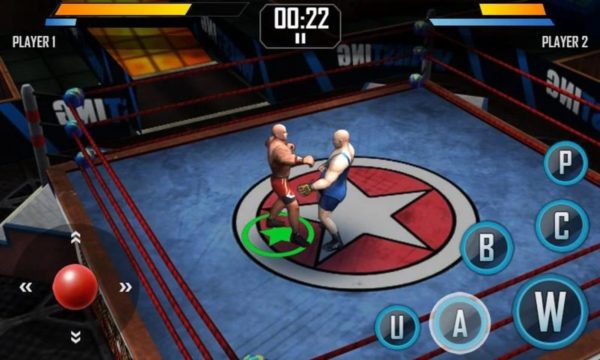 Real Wrestling 3D is a game that is trying to be as realistic as possible. Controls are a bit more complicated than they are in other games (well, there’s more to remember), but that’s to be expected as this game is trying to simulate real wrestling. Graphics are good enough, and the gameplay is compelling as well, presuming that you like simulations, as this is a simulation through and through. There are 140+ unique wrestlers in this game, in case you were wondering. 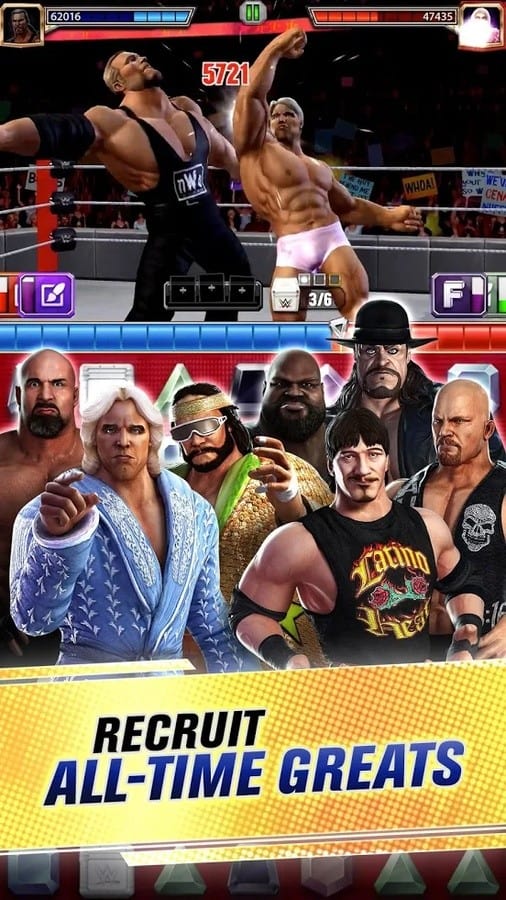 WWE Champions 2019 is yet another game that has a WWE license, and it gives you access to various WWE wrestlers. Graphics in this game are great, and you can compete in both men’s and women’s tournaments, or mixed ones, if you prefer. You can play solo, or you can join a faction in this game, while many modes are available. There’s tons of gear that you can access in this game, but do note that this is an RPG game, unlike others we’ve talked about thus far. 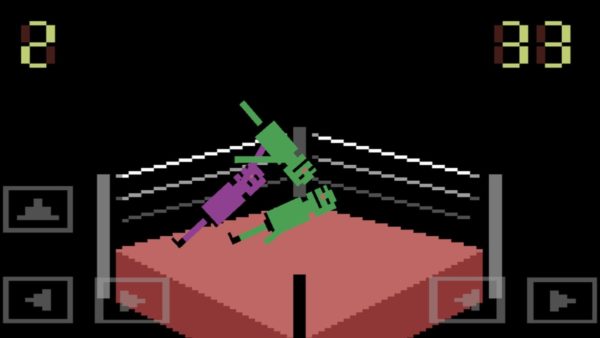 Wacky Wrestling is a game that many people would skip based on its graphics, as it’s truly outdated, but the game is actually really fun to play. Wrassling is basically a huge mess, there can be tons of wrestlers in the ring, and the controls are extremely simple. Wrestlers look immensely funny jumping one on the other, which only adds to the overall experience. All in all, if you’re looking for a really fun, non-realistic wrestling game, Wrassling is worth a shot. 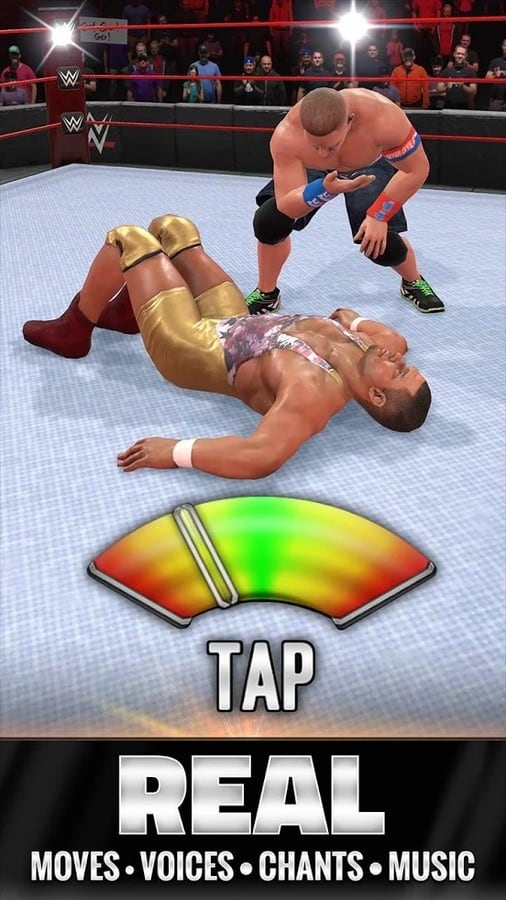 WWE Universe claims to be “the most authentic WWE game on your phone”, and that may as well be the case. This game is WWE-licensed, the graphics are really good, and there are tons of famous wrestlers and their signature moves included here. Real chants and voices are also included in this game, in addition to authentic storylines. Controls are extremely simple as well, and you can join a club or create your own in order to access exclusive events and win top prizes. 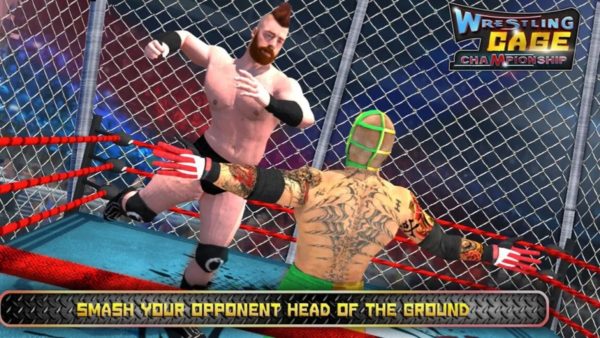 Wrestling Cage Championship is a game that lingers between wrestling and fighting. Real-world wrestlers and boxers are included in this game, and you’ll be able to take advantage of authentic wrestling moves, such as Chair Shot, Suplex, Tombstone, and so on. You can customize your character in this game, and the graphics are not bad either. All in all, there’s plenty of content in this game, and it has the potential of keeping you occupied for quite some time.