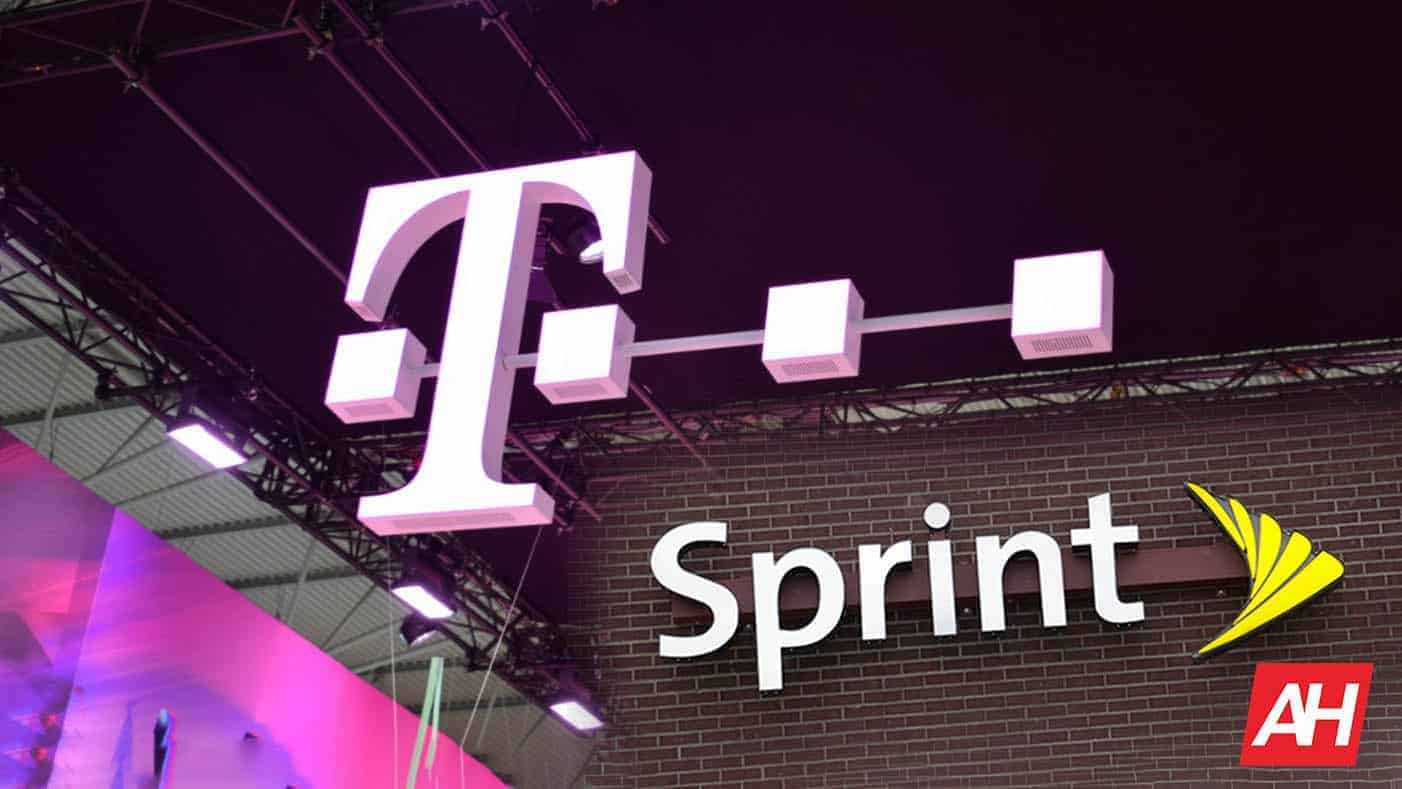 The T-Mobile/Sprint merger has taken what many believe to be its slow, sweet time, but a settlement announcement could come as early as Thursday or Friday of this week, Fox Business says.

A scheduled testimony appearance before the Senate's antitrust committee by Antitrust chief Makan Delrahim has been canceled, a sign that the proposed $26.5 billion merger, with all its conditions and compromises, is as good as done by the Department of Justice (DoJ).

A lot of factors have been at work. First, there's been the desire of federal regulators, including President Trump, to see America lead the way in 5G wireless and broadband technology. T-Mobile once disregarded 5G broadband as "real 5G" but signed on when it became apparent that "sweetening the pot" with federal regulators would get their approval. T-Mobile has also made concessions in agreeing not to raise prices for three years post-merger and to create jobs once the merger takes place. T-Mobile has said it would add workforce to its payroll.

T-Mobile is a carrier that has stood on its own with regard to the wireless race, with T-Mo CEO John Legere becoming what many believe to be the reason behind Magenta's strong carrier position currently. Legere has gone after AT&T and Verizon relentlessly over the years, giving freebies and incentives to customers, along with reduced prices (at times) that have been hard to pass up.

One of Legere's most famous announcements was "Netflix On Us," and considering Netflix's popularity, made T-Mobile even more popular than before. Legere is the personality driving T-Mobile, one unafraid to point out the problems with the Big Carriers, and going forward, his personality is what "the New T-Mobile" needs to continue pulling down Ma Bell and Big Red from their traditional carrier pedestals.

T-Mobile brings a lot to the table, and, while it possesses blazing-fast 4G LTE in urban and city areas, lacks so much in rural areas. Acquiring Sprint would certainly help, as Sprint has a presence in rural areas where T-Mobile's footprint has yet to trod. Sprint's 2.5GHz spectrum would help Magenta roll out its 5G network faster than ever, and heaven knows T-Mobile needs a quick 5G rollout in order to stay competitive in the wireless race.

AT&T and Verizon are already rolling out their 5G networks, with AT&T's networks pulling incredible wireless speeds. AT&T has updated its 4G network and, despite calling their network "5G Evolution," should've really named it "4G Plus." Still, PCMag's and even Ookla's speed tests have shown that Ma Bell leads the way in fast internet speeds. But T-Mobile has yet to roll out its 5G network, and Sprint, though possessing good spectrum to do it, doesn't have the funds to roll out 5G. That's where Magenta will save Sprint.

Sprint doesn't bring much money to the table; in fact, Sprint CEO Marcelo Claure has admitted behind closed doors that Sprint cannot survive without the T-Mobile acquisition because it doesn't have the customer base (in decline) or the funds to roll out its 5G network. Without the next-generation wireless technology, every carrier, including T-Mobile, will leave Sprint in the wireless dust.

But what Sprint does bring to the table, however, lies in its MVNO and prepaid brands: Boost Mobile, Virgin Mobile, and Sprint Prepaid. The DoJ is antitrust and doesn't want to see T-Mobile and Sprint form a third "supercarrier" without a fourth carrier to replace Sprint. To this end, the DoJ is forcing T-Mobile to give up Boost Mobile, Virgin Mobile, and Sprint Prepaid so that these three entities can form a fourth carrier. Ten state attorneys general have filed lawsuit paperwork to this end, to stop the proposed merger. A few states have joined in as well, afraid of the idea that wireless service sans a fourth carrier will only raise prices, see jobs decline, and so on. T-Mobile has had to make these concessions (to give these three Sprint brands away) to see the merger remain on the table.

And that's where things turn even more complicated as billionaire Charlie Ergen and satellite company Dish Network enter the picture. Ergen purchased a lot of spectrum that he has yet to use. In 2018, Ergen was told to "use it or lose it" in so many words. Now with T-Mobile needing to offload Sprint assets to get this merger approved, Magenta is quite willing to give these brands up, even to Dish Network.

But Google has complicated things because it sees an independent wireless carrier it can be a part of, removing itself from leasing spectrum through T-Mobile and Sprint to do so. Dish and Google have had talks about the spectrum Dish would acquire from the deal, with Google ready and willing to partner with Dish for the sake of its own wireless carrier goals. Once T-Mobile learned of Google's interest in Dish's acquired spectrum, T-Mobile was hesitant to continue with the merger because of it. For some reason, there's been no further word on whether or not Dish and Google are agreeing to anything post-merger.

At this point, Dish will acquire the Sprint offloaded spectrum and brands (Boost, Virgin, Sprint Prepaid) to form a fourth wireless carrier in the US to replace Sprint. Dish will also get to lease T-Mobile spectrum for 6-7 years and T-Mobile must help customers transition to Dish for their wireless needs as they leave the soon-to-be-swallowed-whole Sprint for Dish.

Charlie Ergen needs this merger to happen. He's got spectrum that he's been told will be taken away from him in 2020 if he doesn't use it. Sprint can't survive in the upcoming 5G wireless era without an acquisition. T-Mobile needs to roll out its 5G network right away and Sprint can help. Dish's satellite business is in decline with declining customer numbers, and Ergen is a successful billionaire who sees the financial potential in the wireless business. Wireless service sells these days.

Ergen could grow Dish from its disappointing numbers into a successful business offering satellite, internet TV, and wireless and home phone service. The more the business offers, the more money it makes. Dish as a satellite company is currently uni-dimensional, and it won't survive in this all-in-one services era with companies like AT&T (who has its phone service, not to mention DirecTV Now).

The DoJ wants a strong fourth carrier but T-Mobile doesn't want Dish to become that strong. T-Mobile wants to unite its customer base and Sprint's together; having to offload prepaid brands from Sprint wasn't an intended part of the deal, and it splits up Sprint's customer base — which doesn't really give T-Mobile or Sprint what it wants.

At this point, whether or not Dish and Google partner post-merger to create another wireless network isn't really the DoJ's concern; it wants to see a fourth strong carrier in the States, regardless of who Dish partners with. The DoJ's concern has been to see to it that T-Mobile and Sprint do not become so strong together that they leave little competition behind. And forcing T-Mobile to get rid of Sprint's prepaid brands will do that.

But there's always Google, the dark horse in this, and Charlie Ergen, who doesn't care about a wireless network but just wants federal regulators off his back and more money in his pocket. And with Dish's track record, in a few years, it's possible that Ergen could just walk away and sell Dish and all three Sprint brands to Google.

Whatever happens post-merger, the question comes down to whether or not T-Mobile and Sprint can live with the terms. Perhaps they can do more together than apart; Sprint certainly thinks so.