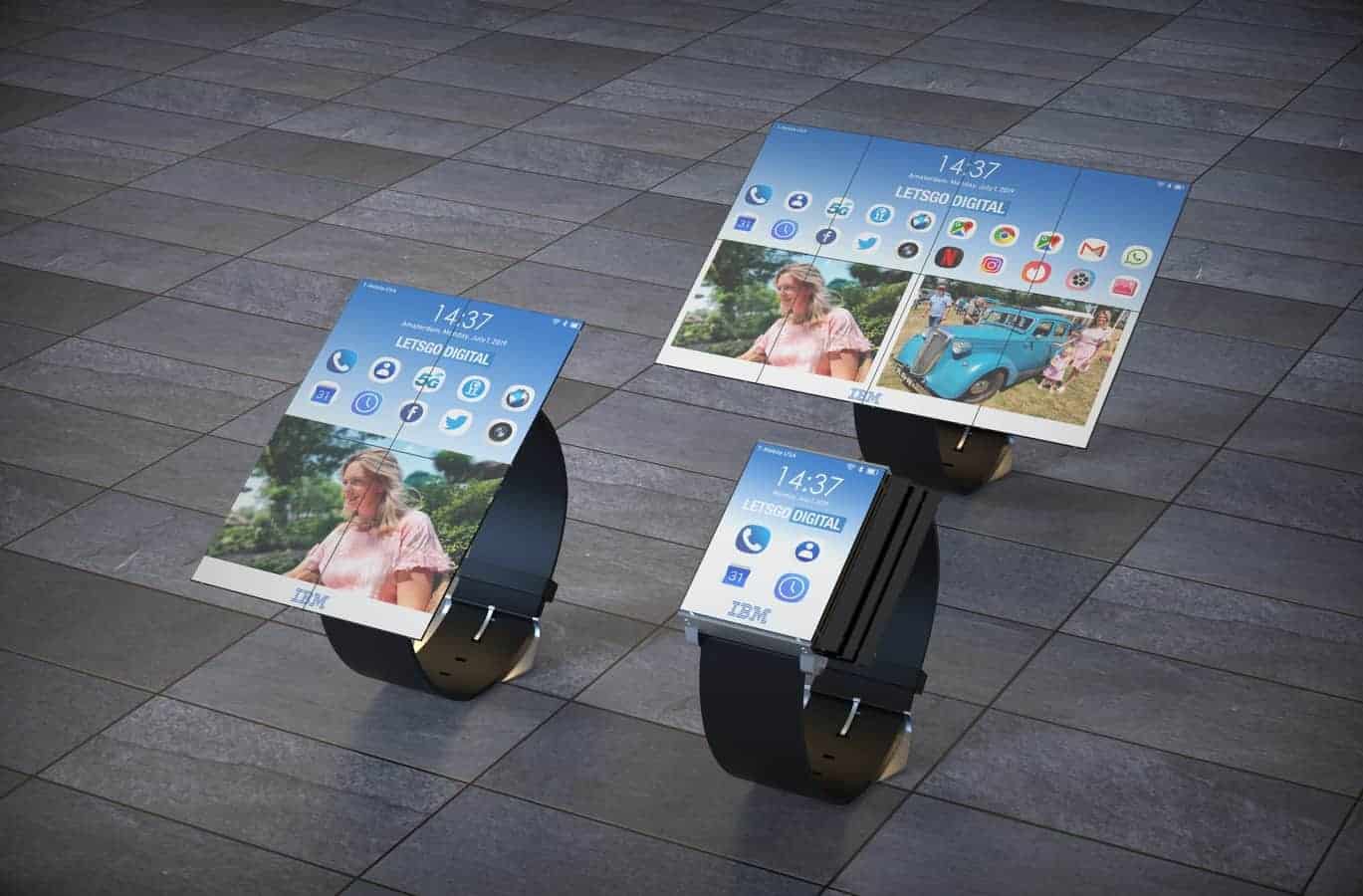 A rather interesting patent has been discovered by Letsgodigital, a patent which shows a smartwatch that can fold out into both a smartphone and a tablet. Sounds crazy? Well, it kind of does, yeah, but it's also quite interesting at the same time.

This patent was submitted way, way back in 2016, with the USPTO (United States Patent and Trademark Office), and it was approved last month. The patent was not discovered until now, and you can check it out by using this link. That being said, Letsgodigital created some 3D renders, for illustrative purposes, and you can check out those renders in the gallery down below.

These renders are created based on the info provided by the patented document, by the way. As you can see, when folded, this smartwatch looks rather normal, as a regular smartwatch, but it's a bit thicker. It is rectangular in shape, and its bezels are quite thin.

There are seven auxiliary screen parts tucked away behind the main display, and can be taken out of the housing independently of each other, which is quite interesting. The watch offers space for four compartments, and each of them has a maximum of two display parts.

If you double the number of parts, this smartwatch can become a tablet, in which case the interface changes yet again. This is the maximum amount of parts that you can attach to it, eight in total.

Now, we're talking about taking different screen parts and creating smartphone and tablet displays here, but we do not know if you're supposed to do that manually, or if the watch does it automatically, though the latter is really difficult to imagine considering the size of the device and the number of screen parts. Considering the lack of info, though, we can only guess at this point.

What this patent does mention are the dimensions. Each of the aforementioned display parts has a size of 2×3 inches / 5-7.5cm, and that is also the size of this smartwatch's display. If you attach all display parts, you'll end up with a screen of 8 x 12 inches, at least according to the provided info, even though it seems to be more of an 8 x 6-inch display.

That is pretty much all the info that was shared. This is probably the oddest smartwatch that we've seen thus far, and that includes all the crazy patents that surfaced in the last couple of years.

It is kind of difficult to imagine this smartwatch ever become a reality, well, at least not in the near future, but if it does, it will certainly create plenty of commotion in the wearables sector, as it is different to anything else that we've seen on the market… ever.