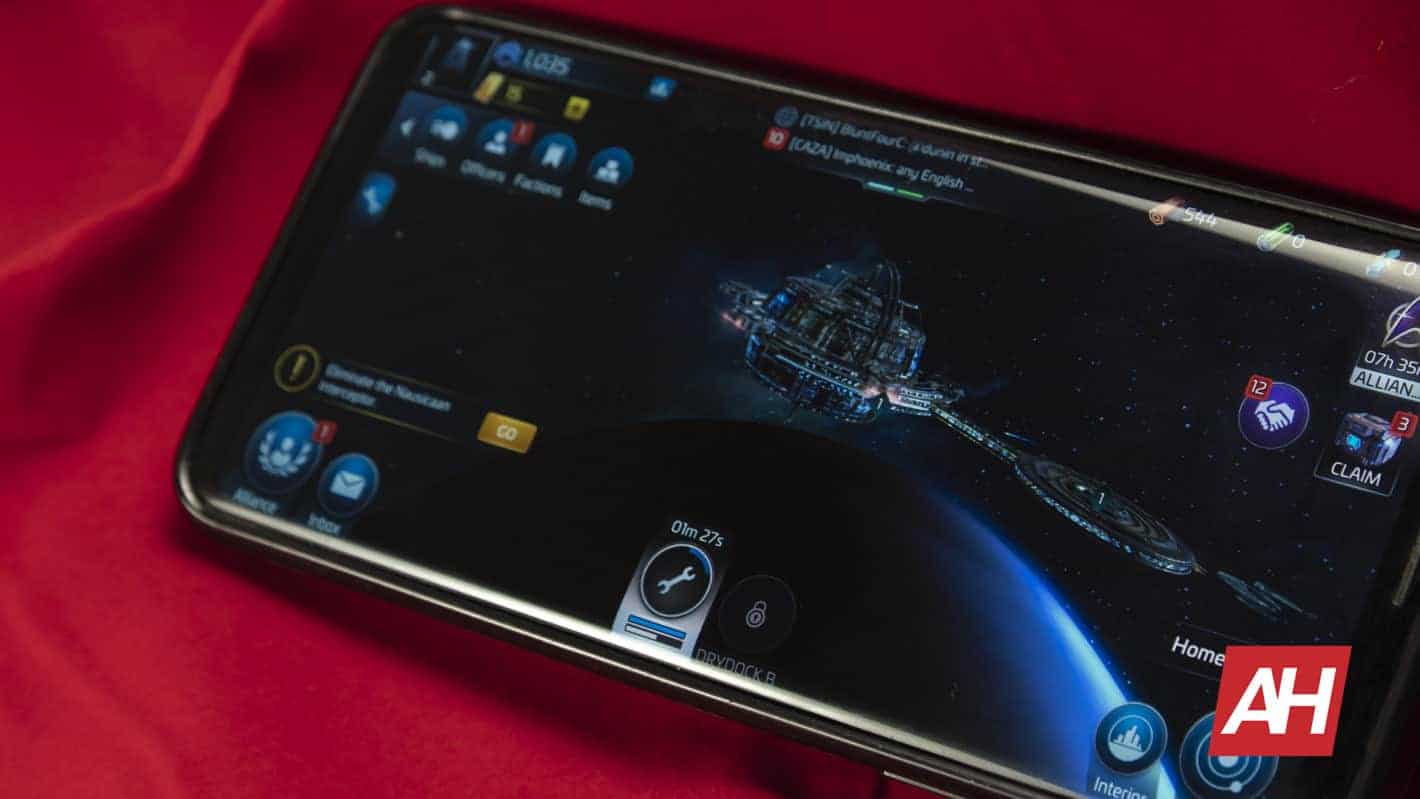 Scopely's Star Trek-based strategy MMO called Star Trek Fleet Command has made $100 Million since it launched back in November of 2018, and alongside that milestone Scopely has put together an infographic to showcase how many other big markers the game has reached in that nine-month period.

It's worth noting that the $100 Million in revenue that the game has made is counted from revenue that was generated by both the Android and iOS players of the game. All the rest of the numbers for the milestones take into account the players from both platforms as well, which is by no means any less impressive but it is relevant.

Across both platforms there have been 195 million missions completed across the furthest reaches of space. The final frontier isn't looking so final anymore. 195 million missions is a lot, but it seems to pale in comparison to the amount of battles played. Not by sheer number as there were only 100 million compared to 195 million, but that number of battles happened all within the first ten days of the game's launch.

When it comes to how many battles have been fought over the game's lifetime since launch, this number is much higher, reaching over 1.5 billion battles since last November. There have also been 1.2 billion alliance helps.

Since the game has only been out since November of 2018 it couldn't have been played for more days than there are in a nine-month period which is close to 279, but when you rack up all of the hours played by every single player, it totals out at 115 million hours on record for the game which is a total of 4.7 million days.

To even further tout its popularity Scopely has noted that 85-percent of players are logging in and playing the game five days a week. Scopely doesn't mention how many active players the game actually has on a daily, weekly, or even monthly basis, but there are over 1 million installs on Android alone.

Apple's app store doesn't mention how many installs of the game it has, there are close to 37K ratings of the game so there is a fair, albeit probably smaller number of people playing it on iOS. Taking the number of installs into account it's quite possible that there are thousands if not hundreds of thousands of players that active in the game throughout the month.

How many of those are playing a full work week every single week and for how long will probably never be public knowledge but the game is popular, that much is clear. In addition to most players logging in to play for five days Scopely also says that on average people are playing Fleet Command for at least two hours each day they log in, which means the game seems to be keeping its players engaged pretty easily.

If you're a Star Trek fan and you also happen to love strategy games and MMOs, it might be time to check out just why Star Trek Fleet Command seems to be so popular with its players. 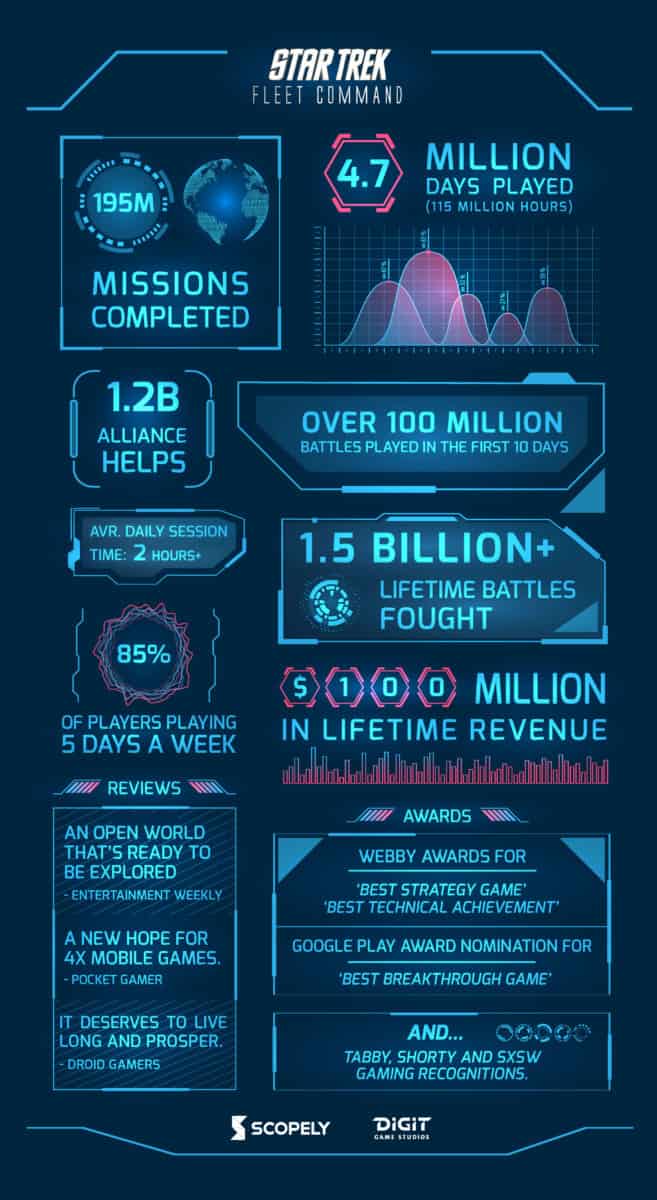