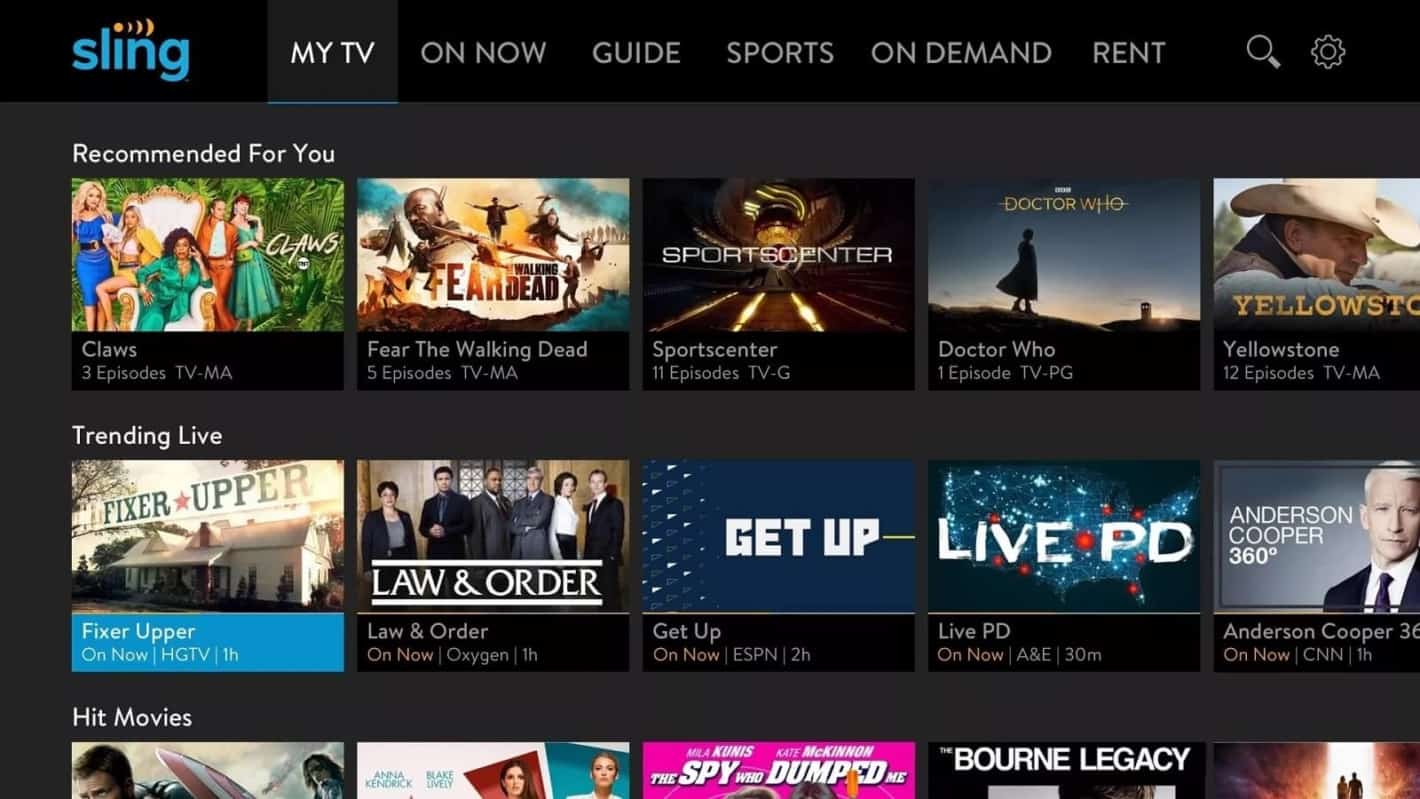 Sling TV is managing to hold on to the top live TV streaming spot, but only just.

Today Dish Network announced its quarterly results for the second quarter of 2019 and with that announcement came the confirmation of 2.4 million Sling TV subscribers.

Although this is technically enough to confirm Sling TV maintains the top spot (we don’t know any official Hulu with Live TV numbers yet), all is not great in the house of Sling as this represents a high level of stagnation for the service in 2019.

Now that Dish has once again confirmed 2.4 million Sling TV subscribers as of the close of the second quarter of 2019, the service has effectively now gone at least two quarters without any meaningful growth.

That’s not to say it hasn’t seen any growth as the company did announce the number as 2.47 million and this compares to 2.42 million that was announced for the quarter before. Therefore, the service did add around 50,000 subs during the last quarter.

While not much of an increase, and certainly further evidence that a level of stagnation has set in with the service, it could be worse with DIRECTV NOW as a prime example.

Like Sling TV, DIRECTV NOW spent the best part of the last two-years accumulating new users each quarter and to the point where DIRECTV NOW was second only to Sling with many expecting it was only a matter of time before DIRECTV NOW took over as the number one subscribed-to live TV streaming service.

However, unlike Sling TV, DIRECTV NOW didn’t just hit a wall in the lead-up to 2019, but is finding the wall is crumbling down on top of it. For example, the company entered the fourth quarter of 2018 with roughly 1.8 million subs and since then has lost customers quarter over quarter and at an alarming rate.

In the last nine months it has seen over 500,000 subscribers leave the service with the most recent figures bringing its total down to just 1.3 million. This not only sees its second-place spot succumb to Hulu with Live TV (still not officially confirmed), but also now puts it in direct competition with YouTube TV – who in spite of not officially announcing hard subscriber numbers is understood to have flown past the one-million sub marker months ago.

With the losses DIRECTV NOW is currently facing, Sling TV managing to maintain its subscribers is an achievement in itself.

One of the reasons the service is likely to be seeing less subscriber movement is the pricing as right now Sling TV is priced at almost half the cost of the other major live TV streaming services.

This may change though as it remains to be seen if that price will hold, and if so, for how long. There already appears to be some issues arising from such a low price including the recent, and still ongoing Fox regional sports networks blackout.