Strategy Analytics have just come out with the latest smartphone market share report. Which shows that not only did Samsung ship more smartphones in the second quarter, compared to the same period a year ago, it has also grown its lead over its competitors.

Samsung now owns 22.3-percent of the market. That’s up from 20.4-percent a year ago. Huawei, Xiaomi and OPPO also moved up. OPPO moved up a tiny bit, despite shipping fewer smartphones. It shipped about 400,000 less, and picked up a tenth of a percentage point, coming to 8.7-percent. Apple is the only one that shipped fewer smartphones and also dropped its market share to 11.1-percent.

This also shows the growing threat that Huawei has on Samsung. It did also grow pretty substantially in the past year, shipping 58.7 million units in the past quarter, versus 54.2 million in the same period a year ago. Moving from 15.5-percent to 17.2-percent market share. Making this a pretty solid jump for Huawei, even with the Trump Ban having taken place during that second quarter – though it was in the second half of that quarter.

As we can see, the top five smartphone vendors are Samsung, Huawei, Apple, Xiaomi and OPPO. Xiaomi is a bit of an interesting one. It shipped 32 million smartphones in Q2 2018 and in Q2 2019. Because the smartphone market shrank, it actually gained a small sliver of the market. Jumping from 9.1-percent to 9.4-percent.

Samsung is number one, and that should surprise absolutely no one. Samsung makes some of the most popular smartphones, and makes a ton of different models too. From the expensive Galaxy S10+ at $999, to the cheaper Galaxy A50 at around $300. It has something there for everyone, which is helping Samsung keep its lead in the market. Remember that these are smartphones shipped, not the amount of money made from selling smartphones. If that were the case, Apple would likely be a bit higher. Since its smartphones are mostly over a grand now.

It’s pretty telling that three-fifths of the top five here are Chinese smartphone makers. And that we don’t see LG, Motorola or HTC in this group. It also shows how important the American market is to both Samsung and Apple. As the other three (Xiaomi, Huawei and OPPO) are not in the US, and if they were to enter, they would likely knock both Apple and Samsung down a bit. Not something that either one really wants to have happen. But it is going to happen at some point in the near future.

Now these numbers are just estimates, and are also shipped smartphones and not sold smartphones. Big differentiator there. These numbers are estimates because most companies do not mention how many smartphones were shipped or sold, with their quarterly reports. In fact, Apple recently stopped talking about the number of iPhones. 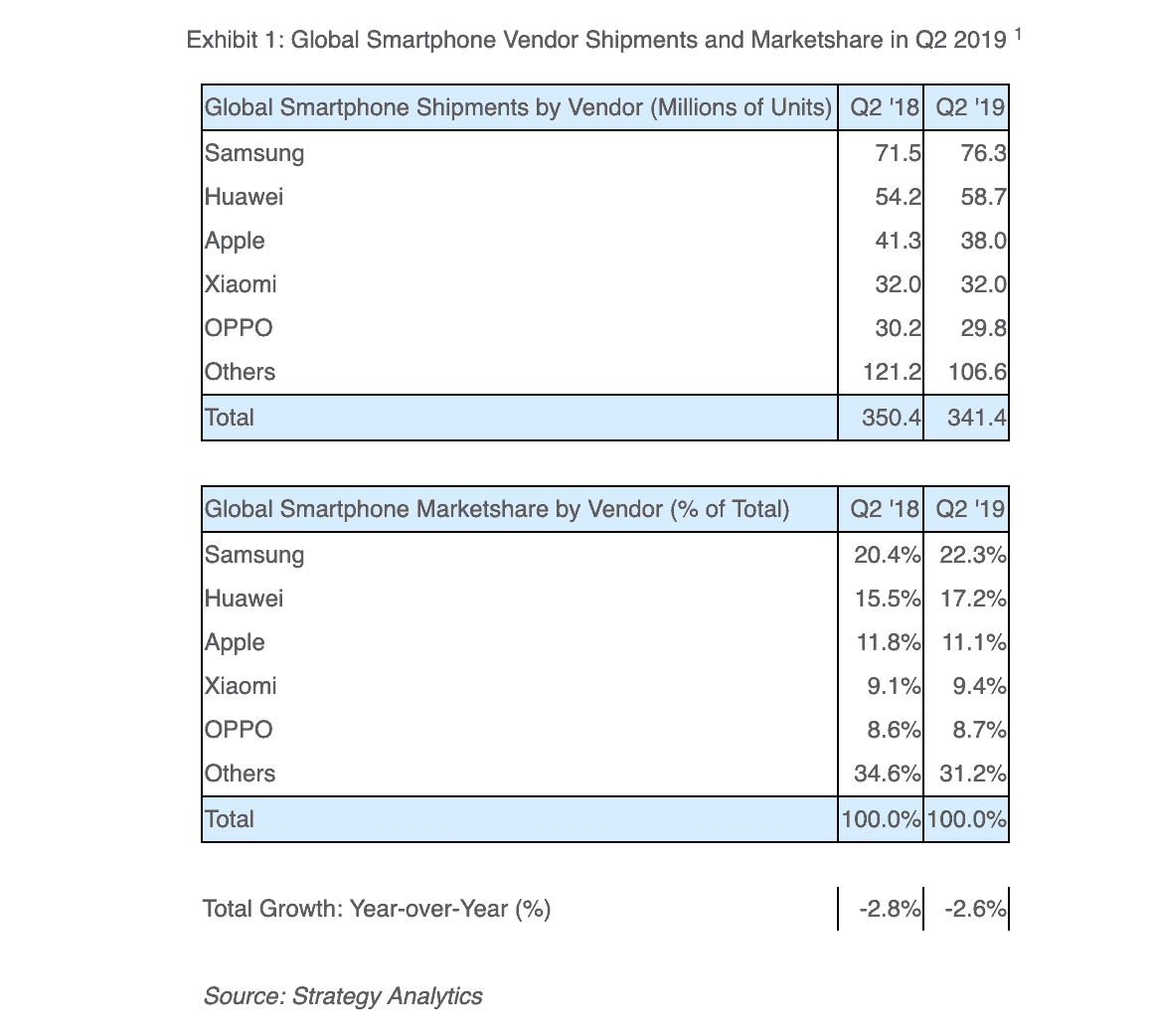