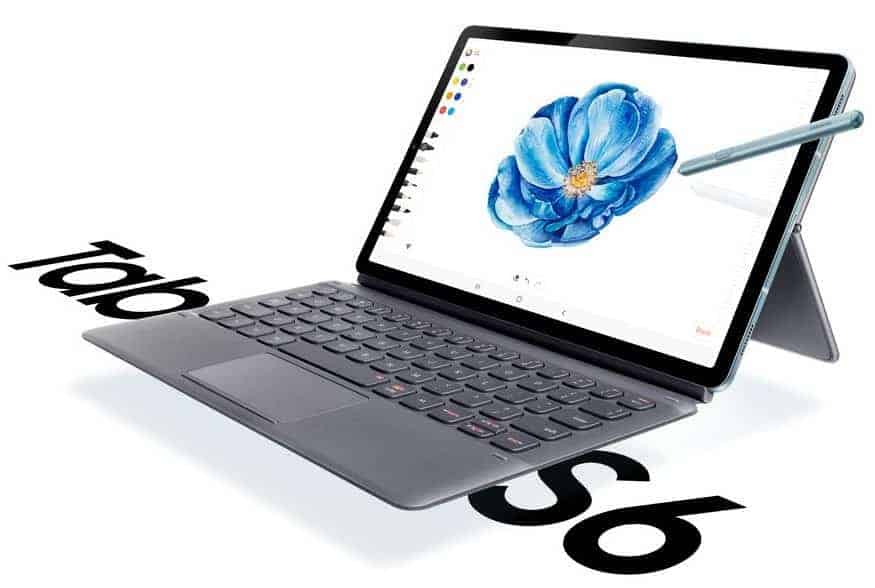 The Samsung Galaxy Tab S6 has leaked once again, ahead of its unveiling on August 7. And this time, it shows the keyboard dock that looks a lot like something Microsoft would put on the Surface Pro.

Now, we already knew that the Galaxy Tab S6 was going to have a keyboard dock, as the Galaxy Tab S4 also had one. But now that we are seeing it attached to the Galaxy Tab S6, we can see that it has a trackpad, like a traditional laptop would have. It also has a stand on the back that looks very similar to the Surface Pro, which is going to allow you to stand it up on your lap or on a table and use it as a desktop or laptop computer.

But the real question is going to be how well will this work in the real world. This looks to be a killer tablet, but can it really replace your laptop? It might be able to. With the S-Pen and DeX's desktop which works pretty similar to a full-blown laptop, it is closer than it has ever been before.

On top of that, it's also going to depend on how well that keyboard and trackpad are going to work on this tablet. We've even seen Apple try to copy Microsoft's keyboard for the Surface Pro, with the iPad Pro a couple of years ago. It didn't go over so well. For a company that is (was) known for creating some really good keyboards – not counting the current Butterfly keyboard – to not be able to make a better one, that's a pretty crazy thing. But can Samsung do it? It's possible, of course, we'll have to wait and see.

Right now, it's shaping up to be a pretty impressive tablet from Samsung – one of the few companies that is still actually making decent tablets. Of course, the big question here is going to be the price. The Galaxy Tab S4 was a pretty pricey tablet from Samsung, coming in at $649, and then you needed to pay extra for the keyboard dock which was $150. Making this a $800 tablet, which it looked to be worth it, but the tablet market just isn't that big.

We'll know everything there is to know about the Galaxy Tab S6 come August 7 though, if not sooner. At this rate, Samsung may not have anything to announce when it hits the stage in a couple weeks.