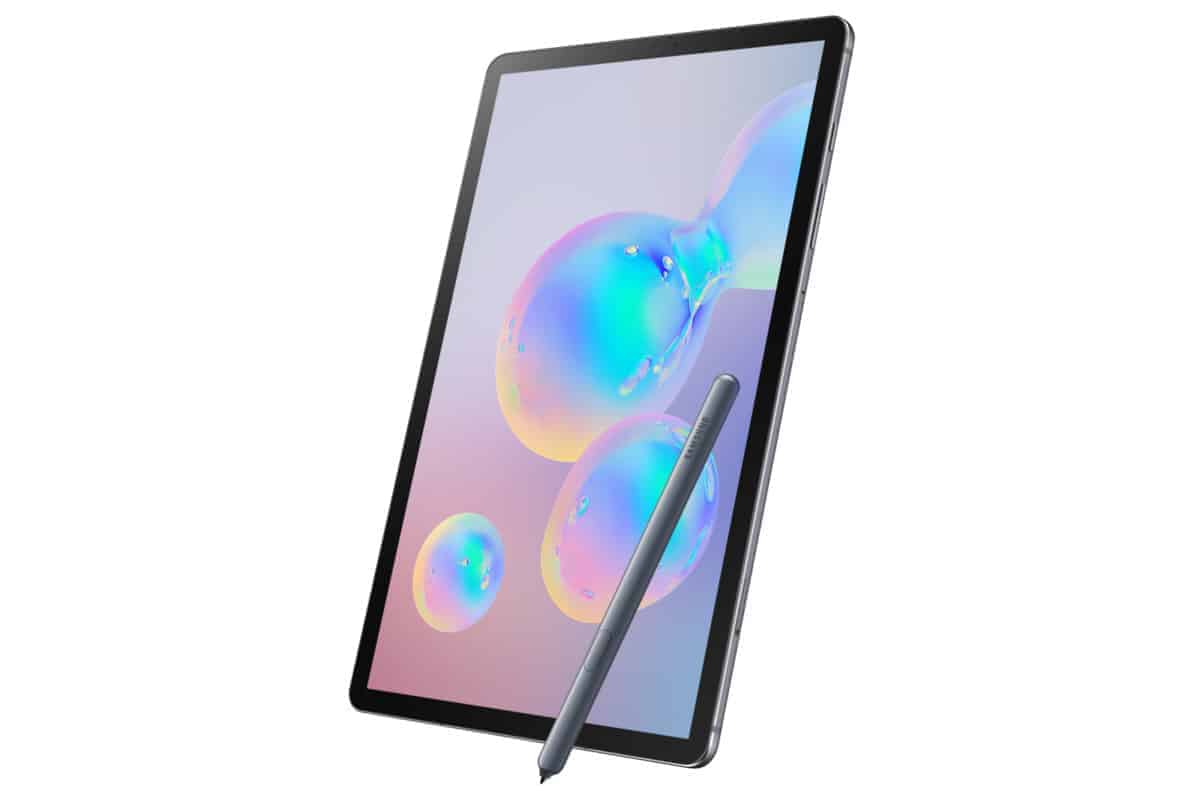 After many weeks of leaks and rumors, Samsung has made the Galaxy Tab S6 official. In a press release, a week ahead of Unpacked in New York City.

Samsung did upgrade the cameras this time around, giving the Galaxy Tab S6 a dual-camera setup on the backside. There's a 13-megapixel main sensor and a 5-megapixel secondary sensor. With a 8-megapixel sensor on the front. Samsung notes that it is capable of recording video at 4K 30fps. It also says that it can play 8K at 30fps. But that won't make much of a difference on this display, since it's not a 8K display.

This is a multimedia powerhouse, as you'd expect from Samsung. With that Super AMOLED display giving you a pretty incredible picture, Samsung has also kept the quad speakers on the Galaxy Tab S6. These speakers are tuned by AKG and Dolby Atmos. So you're going to get some really incredible sound here.

To make sure customers take advantage of its entertainment prowess, Samsung is giving Galaxy Tab S6 buyers four months of YouTube Premium or three months of Spotify Premium for free.

The S Pen has also received an update this time around, and it now has Bluetooth built-in. This is different from the Galaxy Tab S4, seeing as it did not have BLE support. With BLE, users are able to use the S Pen like a remote. So you can take selfies, flip through a presentation and more. This is what Samsung calls "S Pen Air Actions".

Samsung does not have a silo for the S Pen on the Galaxy Tab S6. Instead, it attaches to the back of your tablet and charges wirelessly. It will get about ten hours of use, after just 10 minutes of charging time. This is a pretty unique way to store the S Pen, but it also gives users a better grip to hold onto the Galaxy Tab S6. Particularly important since the Galaxy Tab S6 has a flat back and a large display.

With the new dedicated Book Cover Keyboard, users are going to be able to use their Galaxy Tab S6 like a desktop PC. This is also thanks to a new-and-improved version of Samsung DeX. Samsung notes that the keyboard has been fine-tuned this year for better functionality, and there is an even an S Pen holder.

The Samsung Galaxy Tab S6 is going to be available in Mountain Gray, Cloud Blue and Rose Blush colors. It won't be available until late August. Samsung notes that it will come to "select markets" but has not specified which markets those will be. It will also cost $649. That's the same price as the Galaxy Tab S4, so surprisingly there is no price bump this time around.