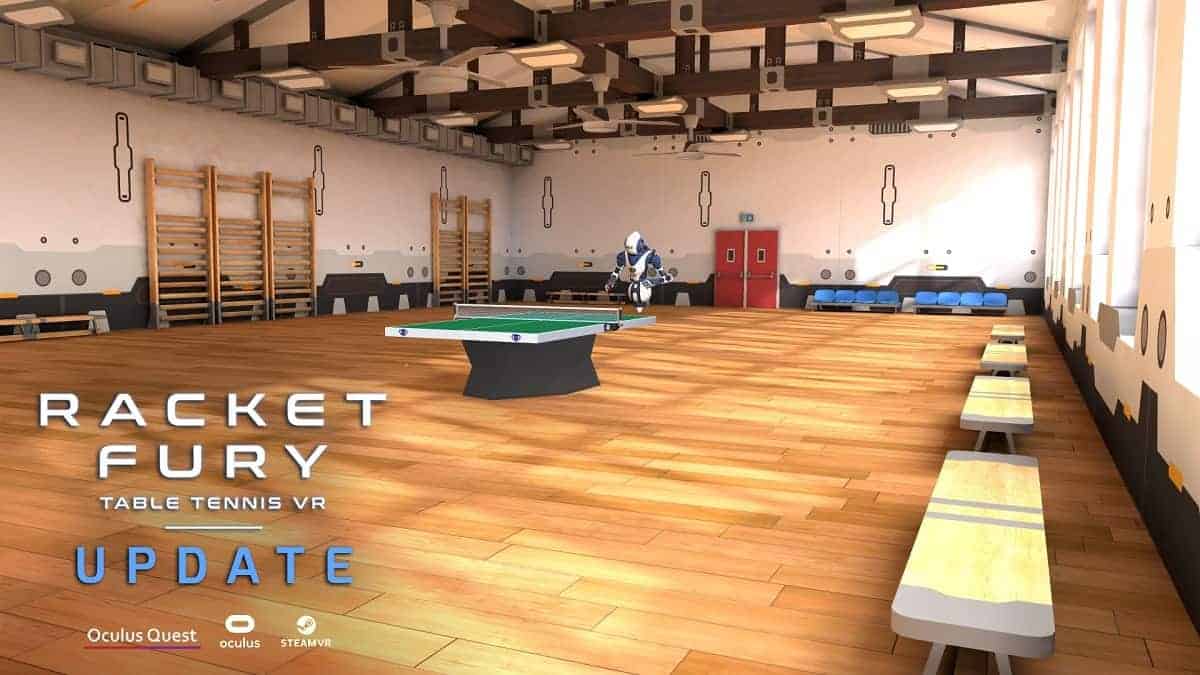 In a world where many choices exist, sometimes making those choices can ostracize you from the rest of your friends. Even something as simple as “what VR headset should I buy” could make it inordinately difficult to play the very same game with your friends. Developers have, thankfully, caught onto this dilemma and have been rolling out the ability to play across multiple platforms, finally bridging the gap that players have been dealing with since the inception of Internet-connected multiplayer games.

Racket Fury: Table Tennis is the latest game to hop aboard this fantastic idea train, and the latest update feels more like a complete rebuild of the game rather than a “simple” cross-platform play feature addition.

Now before you scoff at the idea of a table tennis title being a game-changer for players, consider the fact that nearly everyone was surprised at the smash success of Rockstar Games Table Tennis, which proved that simple games like that can have a significant fun factor.

Developer Pixel Edge Games took to Reddit to talk about the 3.0 update, which is the biggest update ever for the game and has a slew of features and fixes in hand.

The most exciting portion of the discussion is, undoubtedly, the ability for players on an Oculus Rift, Oculus Quest, or any SteamVR-powered headset (HTC Vive, Valve Index) to play with each other without restriction. This means when you head over to play a multiplayer game, you’ll be seeing a huge increase in the number of available players since almost all platforms are now supported.

The developer commented that the new update for PlayStation VR is on its way as well, including the cross-play capabilities and all the other new changes and additions. There’s no ETA on this just yet, but it’s clear that it’s in the final stages of approval.

Aside from cross-play, the biggest new change is in the physics department, where the weight of the paddles and the movement of the ping-pong balls feels heavier and more realistic than before. Quite a few users on the Reddit thread have already commented that it feels like a completely different game, and that’s because quite a few of the base systems seem to have been rebuilt.

This even includes tracking and fluidity, which are improved over the previous release as well. Other additions include enhanced multiplayer functionality to coincide with that cross-play functionality, including a multiplayer room list, as well as an improved matchmaking system for quicker games.

There are also a slew of general performance improvements for all platforms, something that’s particularly important on systems like the Oculus Quest, which utilize a mobile chipset for processing, as well as improved lag compensation algorithms for multiplayer.

Racket Fury 3.0 is available now on Steam, the Oculus Store, and the PlayStation Store for $19.99. The list of supported headsets is long, including the HTC Vive, HTC Vive Pro, Valve Index, Oculus Rift, Oculus Rift S, Oculus Quest, and of course, PlayStation VR on the PS4 or PS4 Pro.