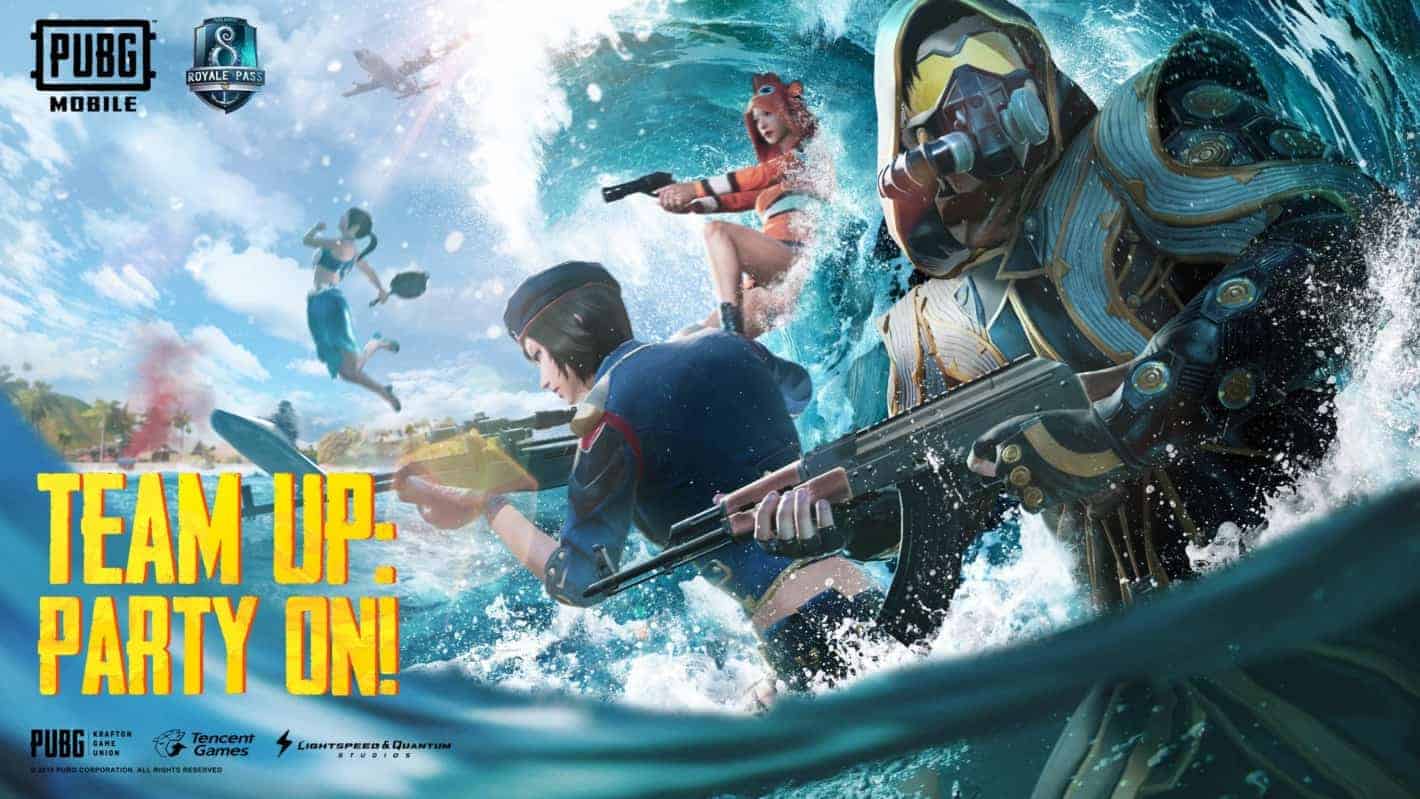 PUBG MOBILE is still a smash hit with plenty of players logging in daily to get their fix and that all-important chicken dinner, as it was recently ranked as the number one game for monthly active users as of Q2 2019. This is in no small part due to the content updates which add more stuff to do and acquire, and the latest one is now live in-game for players which adds a handful of stuff, including the third-person view for the game's Team Deathmatch mode.

The game's 4v4 Team Deathmatch mode itself is fairly new having been added to the game back in the middle of June but at the time only allowed players to face off against the other team in a first-person perspective. This new third-person perspective capability likely makes it look and feel a little more familiar to longtime PUBG MOBILE players as the game's normal mode of play which is the 100-player battle royale match, has you in a third-person perspective as well.

While third-person perspective is one of the bigger additions in this new update for PUBG MOBILE it's not the only thing players have to look forward to. There's a new weapon available in the game for those who prefer the run and gun method of hunting down and taking out their enemies. The PP-19 Submachine Gun to be more specific, which takes 9mm ammo and has a 53-round magazine, which is likely needed given how fast the gun is going to fire.

On a less user-facing side of things, Tencent has made a handful of system upgrades to the game which are meant to enhance the gameplay experience in a much more subtle way. It says that system interfaces were redesigned and the aim behind doing so was to make them more intuitive which basically means it wanted them to be easier for players to use.

There are other improvements that are supposed to be part of these upgrades too like different title effects and crate names, as well as improvements to the Subscriber BP shop. All of these changes and additions to the content are part of the game's Royale Pass Season 8 which just landed.

The content update gives the game a Summer theme and to that end players will notice nautical theme in the game complete with "lost treasures of the ocean" that can be unlocked and equipped to your character. Tencent doesn't mention any of these items specifically, in fact the only item that was mentioned as part of the content update was the PP-19 SMG, though there are probably more weapons included and likely some other character items that can be equipped to the body.

If you're a current player of PUBG MOBILE on your device and you have it installed then the update with new content from Royale Pass Season 8 should already be live allowing you to dive right in. Since this is a new season you'll need a new pass if you want access to the content so that's worth keeping in mind.